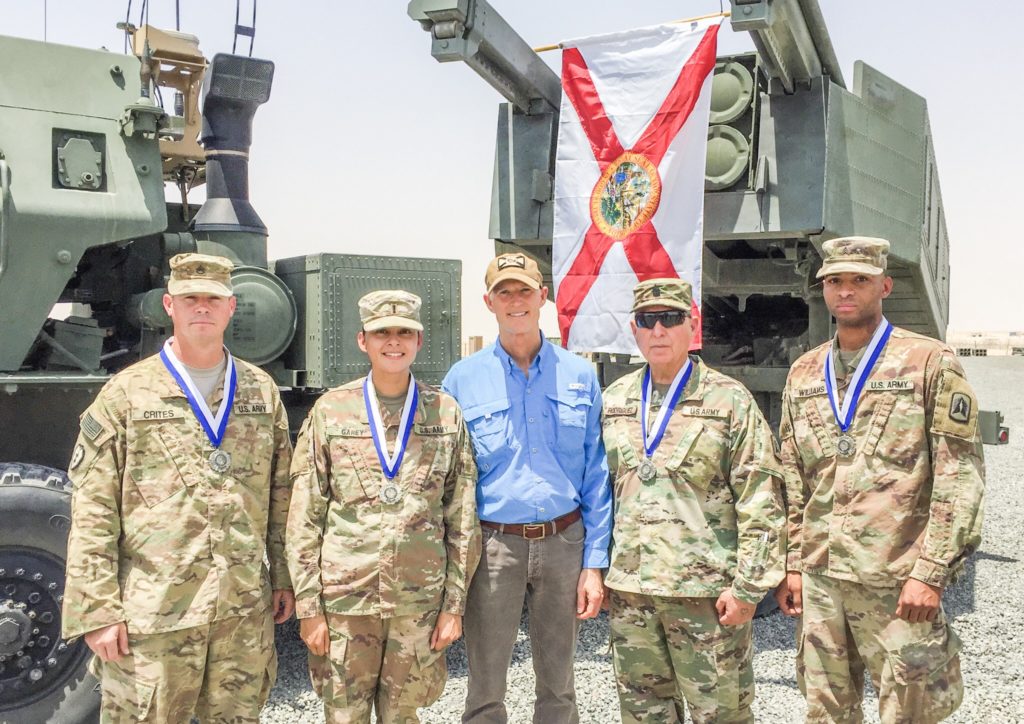 Governor Scott said: “It’s an honor to be in Kuwait to award these brave Florida National Guard soldiers with the Medal of Merit in recognition of their service to our country. I believe we must take every opportunity we can to thank these service men and women for dedicating their lives to serving our state and country. It has been a distinct honor to spend time with the distinguished men and women of Bravo Battery 3-116 this week.”

The following servicemen and women were awarded the Governor’s Medal of Merit:

This holiday season, the Florida Lottery (Lottery) encourages players, retailers, and the public to help … END_OF_DOCUMENT_TOKEN_TO_BE_REPLACED

Governor Ron DeSantis today announced that during the upcoming legislative session, he is proposing more than … END_OF_DOCUMENT_TOKEN_TO_BE_REPLACED