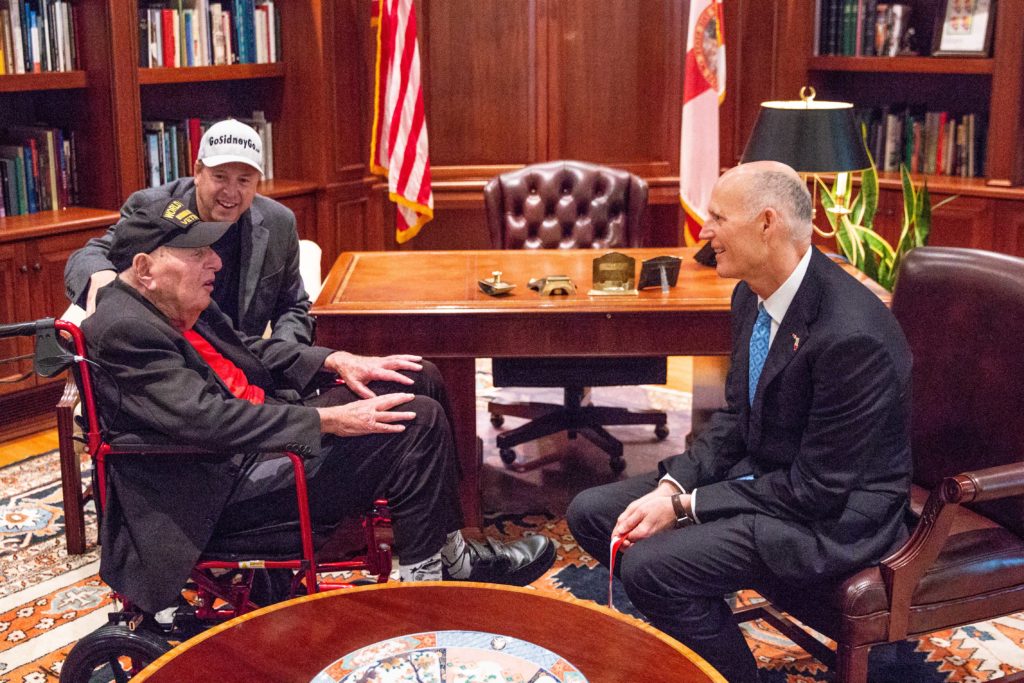 Sidney Walton enlisted in the U.S. Army in 1941, nine months before Pearl Harbor, and served for a total of five years. He is on a mission to meet with each state’s governor before his 100th birthday, and kicked off his “No Regrets Tour” in April. To read more about Sidney, visit gosidneygo.com.