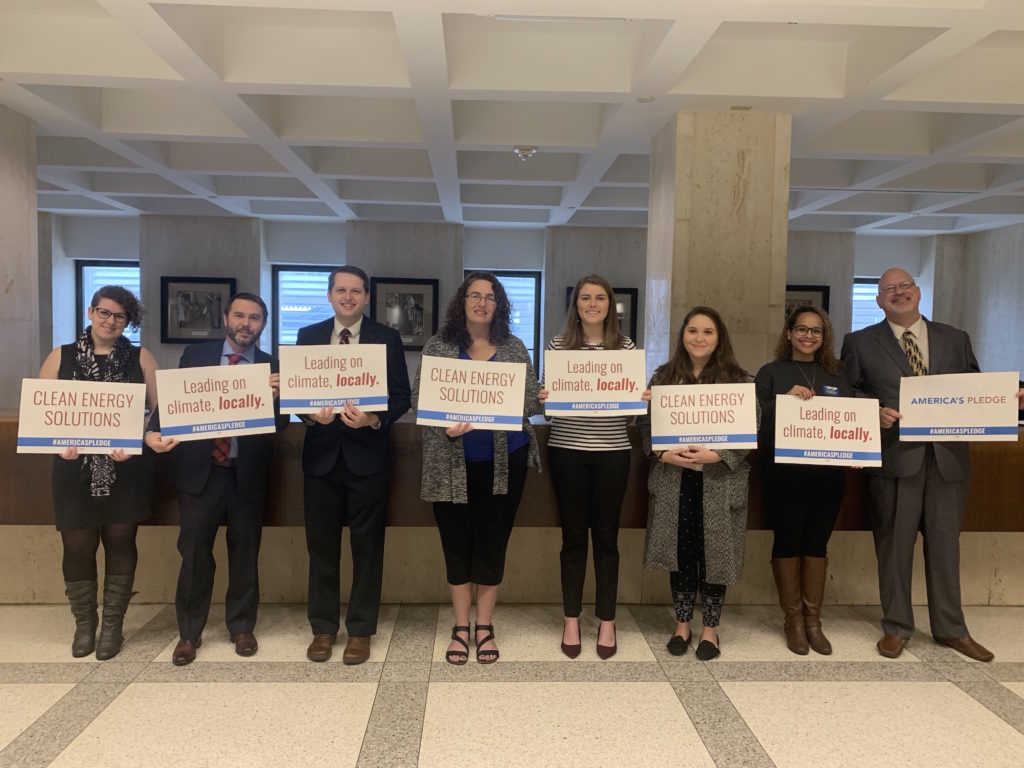 Florida Conservation Voters and Environment Florida today delivered a letter with more than 3,000 signatures to Governor-Elect Ron DeSantis about the importance of addressing climate change when he assumes the office of Governor in January. A copy of the letter can be found here.

“After eight years of total inaction from the Governor’s office, Ron DeSantis now has a unique opportunity to reorient Florida to face the growing issues associated with climate change and sea-level rise,” said Aliki Moncrief, Executive Director. “This is a nonpartisan issue that affects all Floridians. The Governor-elect has no choice but to make climate action a top priority. We are running out of time.”

Florida’s many climate change-related ecological disasters have made international news in recent months. Images of dead and dying animals washing up on our shores, blue-green algae plaguing our waterways, and the complete devastation of Florida’s Panhandle from the rapidly-intensified Hurricane Michael have citizens and tourists from around the world concerned.

“I grew up in South Florida, where sunny day flooding is a growing threat. I signed this letter to Governor-Elect Desantis because I worry that my future is compromised. We need a Governor who will listen to scientists and take action now to prevent sea level rise from destroying my hometown,” said Ashley Johnson, a senior at Florida State University. “So many of the treasured places where I grew up —  kayaking or swimming —  like the Everglades and our coasts will disappear if our state doesn’t act now.”

The release of two climate change reports by the federal government and the UN Intergovernmental Panel on Climate Change outlines the devastation that Florida is already facing and will continue to face from rising seas and warming temperatures. According to those reports, we have just 12 years to begin reversing some of the damages.

“Climate change is the moral, economic, and health issue of our time. We are counting on Governor-elect Ron DeSantis to take action now. And we want him to know we are watching,” said Moncrief.

Florida Conservation Voters and Environment Florida delivered the letter on behalf of a coalition of organizations committed to climate change action, including the Southern Alliance for Clean Energy, the CLEO Institute, and the Sierra Club.