You are here: Home / Government / Governor Ron DeSantis Joins President Trump in Miami to Address the Crisis in Venezuela

Governor Ron DeSantis today addressed the Venezuelan community at Florida International University in Miami. The Governor, alongside United States Senators Marco Rubio and Rick Scott, joined President Donald Trump to speak directly to Venezuelans about the ongoing situation in the country and the need for humanitarian aid.

“I was honored to be with President Trump in Miami today to address Venezuelans from across the world,” said Governor DeSantis. “The failed system currently in place in Venezuela under the oppressive Maduro regime is not working and the people there deserve better. We stand with Venezuelan Americans, we stand with Venezuelan exiles and we especially stand with those currently in Venezuela seeking freedom. Florida has your back, the United States has your back and under the leadership of Interim President Juan Guaidó, we will see a democratic Venezuela. By restoring democracy in Venezuela, the people of Nicaragua and Cuba will greatly benefit as well.” 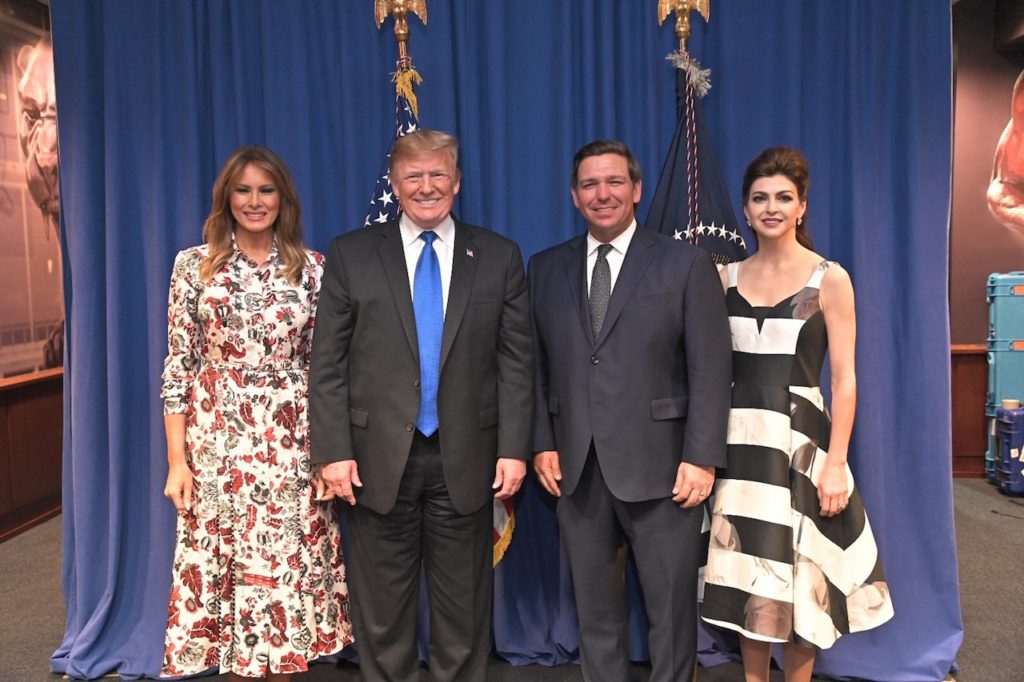 Today’s event is one of many over the past several weeks in which the DeSantis/ Nuñez Administration has shown its solidarity with the people of Venezuela and condemned the oppressive Maduro regime. On January 22nd, Governor DeSantis and members of Florida’s congressional delegation met with President Donald Trump and Vice President Mike Pence in the Oval Office to discuss the situation in the country and the need to recognize Juan Guaidó as the interim president of Venezuela, which he did the following day.

On February 1st, Governor DeSantis met with Vice President Pence and other Florida leaders in Doral to stand with the people of Venezuela. That same day, Governor DeSantis, following President Trump’s lead, signed a proclamation that recognized Interim President Juan Guaidó as the legitimate leader in Venezuela and reaffirmed Florida’s strong relationship with the Venezuelan people.

In addition to the Governor’s actions, on February 15th, Lieutenant Governor Jeanette Nuñez and First Lady Casey DeSantis hosted a listening session in Miami to hear from Venezuelan exiles personally affected by the Maduro regime and discussed ways the state of Florida can help.