“Florida’s space industry is second to none and it was a great day highlighting our efforts to lead the nation in this field,” said Governor DeSantis. “With our aviation and aerospace companies exporting more than $7.6 billion in goods annually, it is clear the space industry is vital to Florida’s economic success and I look forward to continued growth in this sector in the coming years.” 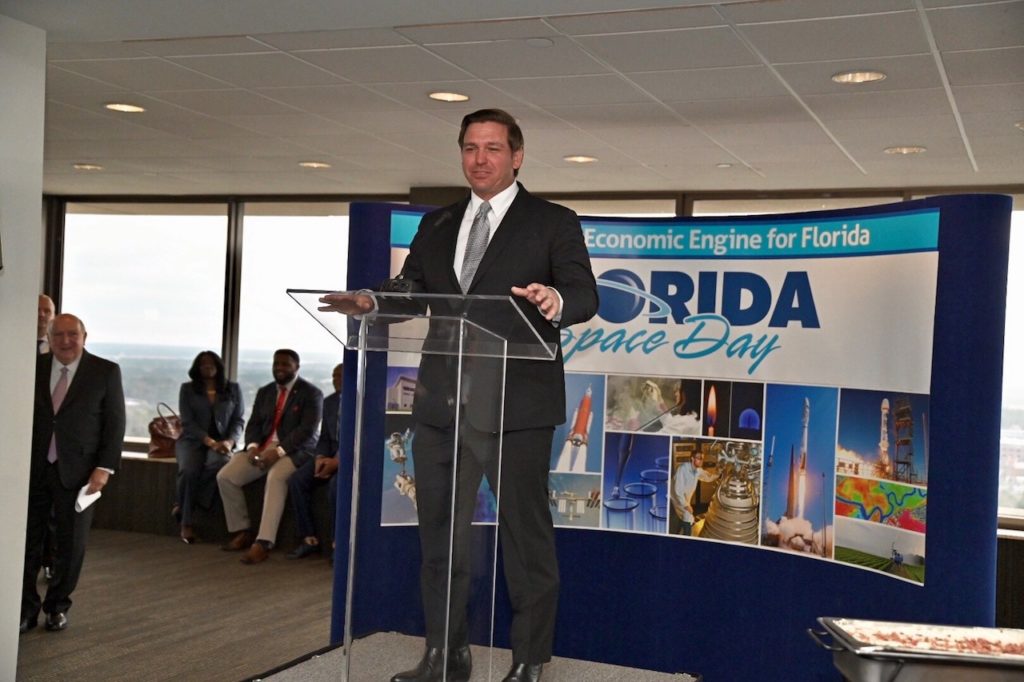 Governor DeSantis began the day by participating in a Skype call with students from Florida Atlantic University and various high schools. He later took part in a NASA In-flight Education Downlink viewing where Astronaut Anne McClain answered questions from the students from the International Space Station about space exploration and the need for STEM education growth.

Prior to the Downlink viewing, Governor DeSantis addressed the media where he announced he has sent a letter to President Donald Trump requesting that the United States Space Command (USSPACECOM) be headquartered in Florida. He also sent a letter to Space Florida directing them to prioritize securing this headquarters.

The Governor concluded the day by speaking at the Florida Space Day reception where he announced he has named Lieutenant Governor Jeanette Nuñez the Chair of Space Florida to help lead the state to continued success in the space industry.