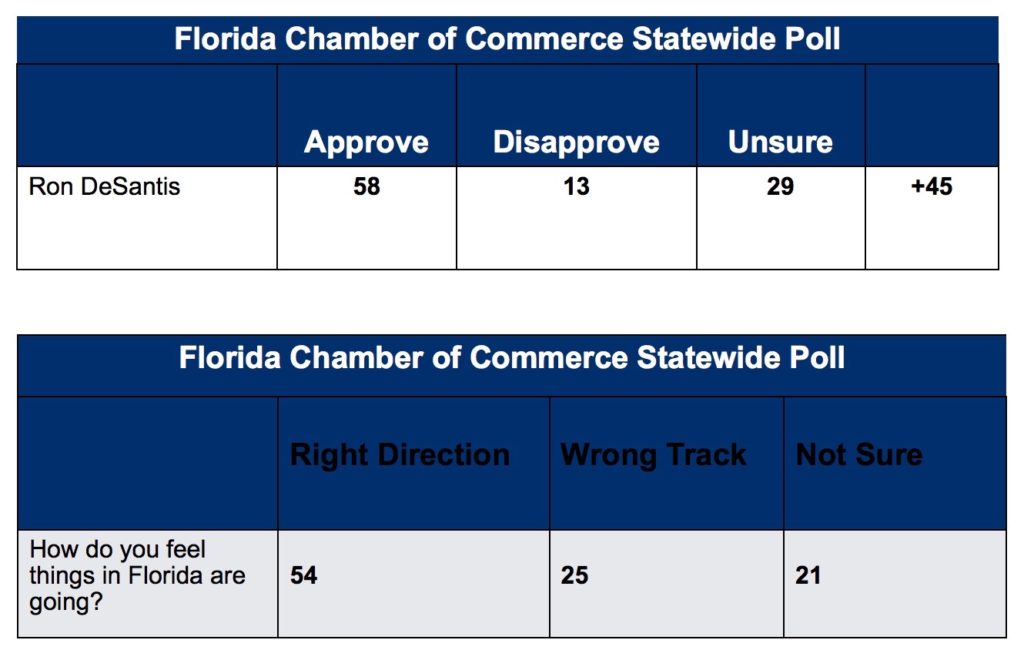 “From the day he was elected, Governor Ron DeSantis has worked on a common agenda with us to keep the momentum going in Florida,” said Mark Wilson, President and CEO of the Florida Chamber of Commerce. “From appointing three new Florida Supreme Court justices dedicated to upholding the Consitiution, to strengthening educational opportunities, Governor DeSantis is leading and working to secure Florida’s future.”

When asked which issues they would like to see the Florida Legislature address, education once again takes the number one spot:

The poll was released in conjunction with the Florida Chamber’s Legislative Fly-In taking place in the Capital City. Business leaders from across Florida are in Tallahassee to prepare for the upcoming legislative session, meet with lawmakers and advocate for pro-jobs legislation.

ABOUT THIS POLL:  The Florida Chamber of Commerce political poll was conducted on February 5-10, 2019 by Cherry Communications during live telephone interviews of likely voters, and has a margin of error of +/- 4 percent. The sample size included 245 Democrats, 244 Republicans and 120 Others for a total of 609 respondents statewide. The samples for the polls conducted by the Florida Chamber are consistently drawn from likely voters and newly registered voters, meaning those voters who have the propensity and past performance of voting in elections, rather than simply including registered voters.  Voters are again screened for likelihood of voting.