Governor Ron DeSantis today outlined his economic vision while giving the keynote speech at the Economic Club of Florida’s Luncheon at the FSU Alumni Center.

“I’d like to thank the Economic Club of Florida for giving me the opportunity to share my vision for the future of our state,” said Governor DeSantis. “We have so much going for us here in Florida, but we cannot afford to rest on our laurels. As a state, we must employ a bold vision to utilize what we have in hand, as well as what lies ahead. I will continue to work to ensure Florida is at the forefront of innovation to provide economic prosperity and a brighter future for all Floridians.” 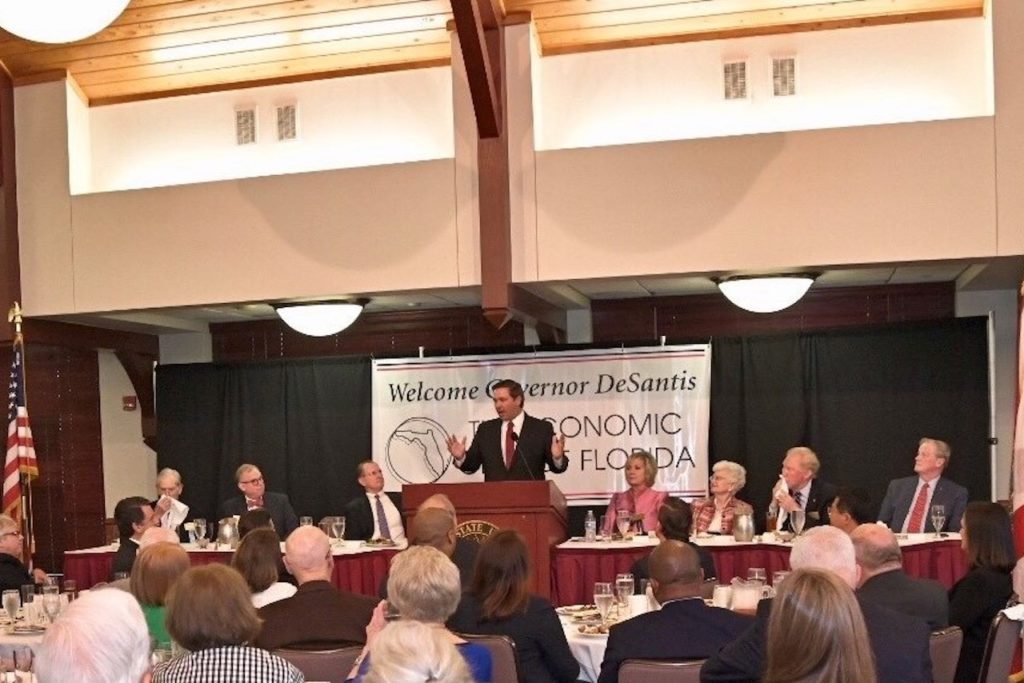 Governor DeSantis has laid out key initiatives to propel Florida’s economy in his Bold Vision for a Brighter Future budget released earlier this month. Included in his budget recommendation is a $335 million tax relief for Floridians in the next fiscal year. Governor DeSantis has assured Floridians that as long as he is Governor, Florida will remain a low tax state.

In addition, the Governor knows the environment and economic success go hand in hand, which is why he is has outlined a path to a $2.5 billion investment in Everglades restoration and protection of Florida’s valuable water resources over the next four years. This would amount to $1 billion more than has been invested in the previous four years. This year he has included a $625 million investment in his proposed budget to the Florida Legislature.

Governor DeSantis believes there is no better investment than our students, which is why he has announced multiple reforms to Florida’s education system. These reforms include ending Common Core education standards and establishing the Equal Opportunity Scholarship. He has also directed the Department of Education to help ensure that Florida’s workforce training programs are aligned with market demands and has outlined a goal to make Florida the nation’s leader in Career and Technical Education by the year 2030.

During his speech, Governor DeSantis also touched on ways to further bolster the economic success of Florida: