Officials from Florida Polytechnic University and the Australian-American Fulbright Commission (Fulbright Australia) formalized an agreement at a ceremonial signing, March 1, at the U.S. Embassy in the Australian capital of Canberra. The agreement allows the University to begin accepting graduate students and faculty from Australia beginning in the fall of 2019.

“This agreement is another important step in Florida Poly’s growth,” said Avent. “Not only does it allow the University to continue to raise its stature as a destination for elite global scholars, our increased involvement with the Fulbright Program gives our students culturally and academically enriching study abroad opportunities.” 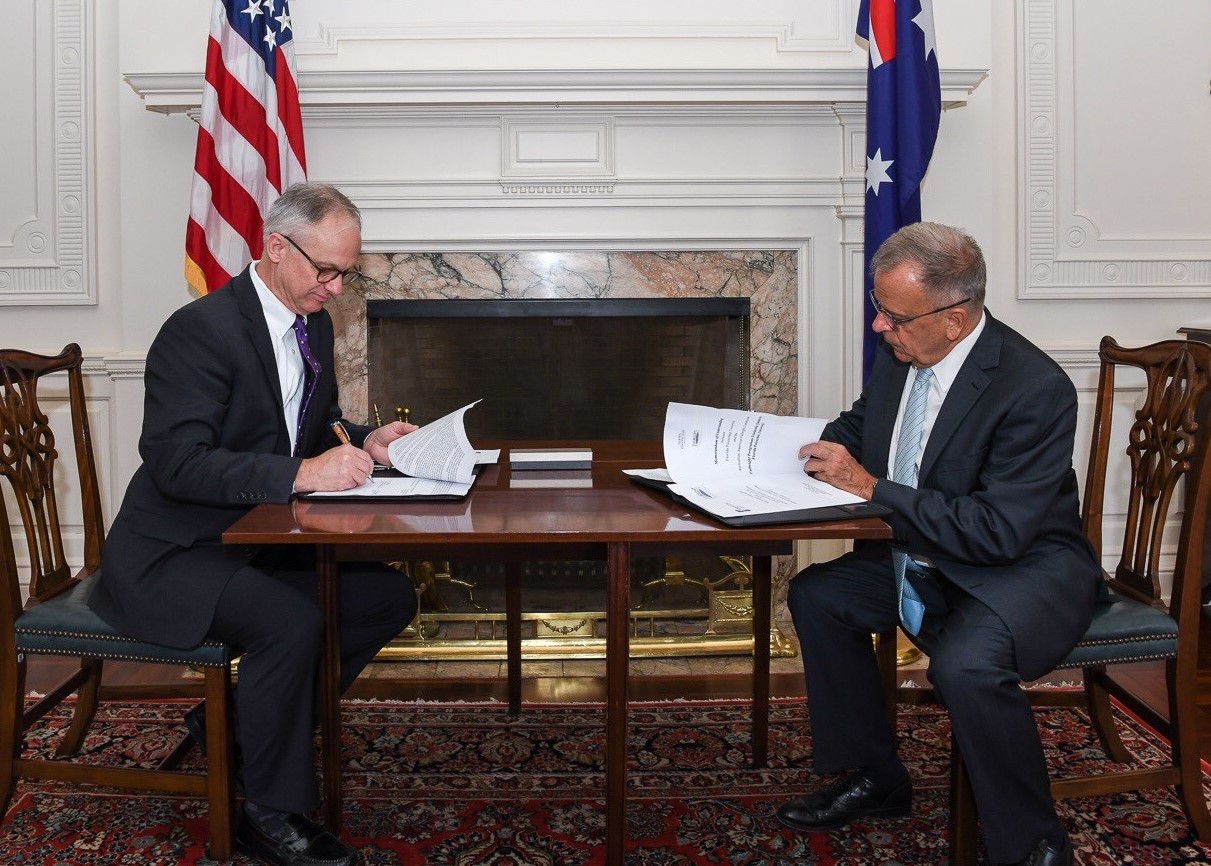 Fulbright Australia is the leading scholarship program between Australia and the U.S. and encourages binational collaboration and knowledge-exchange through a program of competitive, merit-based scholarships.

The Fulbright Program was established in 1946 to fund the “promotion of international good will through the exchange of students in the fields of education, culture and science.” Since its inception, more than 370,000 students, academics, and professionals have received Fulbright Scholarships to study, teach, or conduct research, and promote bilateral collaboration and cultural empathy.

Florida Poly already has Fulbright partnerships with Canada, Belgium, and Luxembourg, and has also hosted Fulbright Scholars from Germany.

About Florida Polytechnic University
Florida Polytechnic University is an accredited member of the State University System of Florida, dedicated exclusively to STEM (Science, Technology, Engineering and Mathematics). The University is a powerful economic engine within the state of Florida, blending applied research with industry partnerships to give students an academically rigorous education with real-world relevance. The campus is located in Lakeland, Florida along the I-4 High Tech Corridor. Connect with Florida Poly.