In recognition of National Sunshine Week, Attorney General Ashley Moody is encouraging Floridians to review the 2019 Government-in-the-Sunshine Manual. For decades, Florida’s Sunshine Manual has assisted the public, journalists and governmental agencies in understanding the requirements and exemptions of state open government laws. The manual is written by the Florida Attorney General’s Office and printed through a 41-year partnership with the Florida First Amendment Foundation. 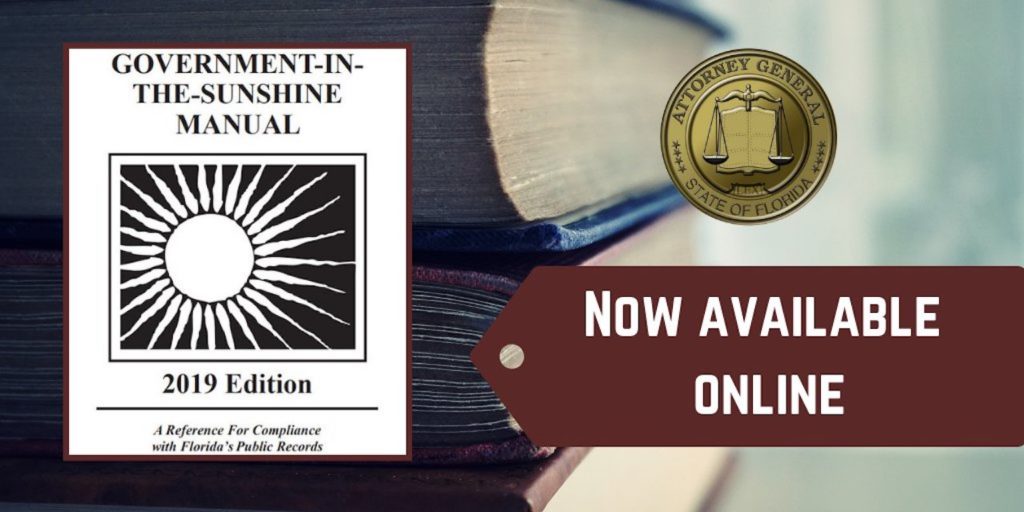 Attorney General Ashley Moody said, “Open government laws are a vital tool in making sure citizens know how their tax dollars are being spent and how the people they elected to represent them are performing their duties. Government must remain accountable to the citizens of our great state, and Florida’s public meetings and public records laws serve as an example to the rest of the nation of how transparency and freedom of information guide responsible and effective government.”

The latest edition of the manual incorporates laws, judicial decisions and Attorney General Opinions in place as of Oct. 1, 2018. Additional information about Florida’s open government laws, including answers to frequently asked questions, is available at MyFloridaLegal.com.

The manual is available online and can be accessed here.

Florida’s open government laws are some of the broadest in the country and the Attorney General’s Office continues to provide the public and government entities with information about those laws. Apart from preparing the Government-in-the-Sunshine Manual annually, the Attorney General’s Mediation Program assists in resolving public access disputes.