Attorney General Ashley Moody today presented a Back the Blue Award to Florida Highway Patrol Trooper Mithil Patel at the Florida Cabinet Meeting. In December 2018, Trooper Patel responded to an accident on Interstate 95 near Hobe Sound and began interviewing an individual when another vehicle spun out of control and came barreling towards them. Without hesitation, Trooper Patel pushed the civilian out of harm’s way and saved his life. However, the out-of-control vehicle struck Trooper Patel and flung him violently into the air. Trooper Patel sustained major injuries that resulted in the Trooper being in critical condition. Trooper Patel spent two months recovering from injuries so that he could return to work, to a job he has devoted more than five years of his life. Though not yet fully recovered, Trooper Patel returned to FHP to work light-duty in February. 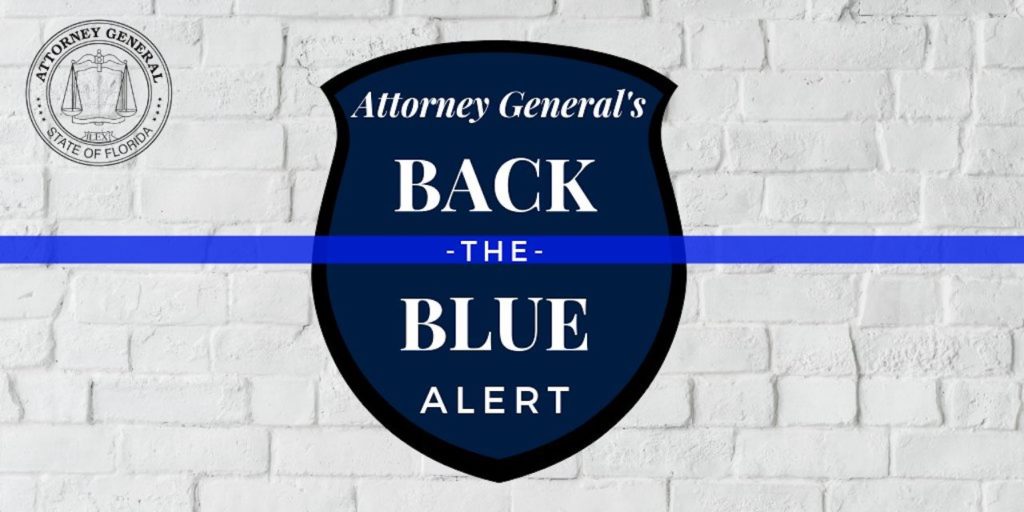 Attorney General Ashley Moody said, “The selflessness and bravery Trooper Patel exhibited without hesitation, and without regard for his own safety, shines an example of the men and women who dedicate their lives to serve and protect others. Every time I watch the dashcam video from this accident my heart drops. It is law enforcement of ours, like Trooper Patel, who are real-life heroes we should all admire and strive to emulate. Thank you, Trooper Patel for your service and sacrifice for the safety of Floridians.”

Trooper Patel has been a member of the Florida Highway Patrol for more than five years and is part of Troop L-Fort Pierce District. Trooper Patel served as an FHP field training officer, a general instructor, first aid instructor, and is a member of the Troop-L Quick Response Force. Trooper Patel is a dedicated service member to the state of Florida, including providing storm relief efforts in Fort Myers for Hurricane Irma and in Apalachicola for Hurricane Michael.

For more information about the Attorney General’s Back the Blue Award, click here.