Honors the Memory of Jews Who Perished in the Holocaust

Governor Ron DeSantis today led the Florida delegation on a visit to Yad Vashem, the World Holocaust Remembrance Center, Israel’s official memorial to the victims of the Holocaust. The Governor participated in a wreath laying ceremony in the Hall of Remembrance to honor the memory of the Jewish people who perished during the Holocaust.

“It was a profound honor to participate in today’s wreath laying ceremony at Yad Vashem,” said Governor DeSantis. “These grounds are a harrowing reminder of the terrible atrocities of the Holocaust and all who were lost in those dark days. It is critical we honor and remember the victims and work to ensure such crimes are never again repeated.”

Yad Veshem is dedicated to preserving the memory of the dead; honoring Jews who fought against their Nazi oppressors and others who selflessly aided Jews in need; and researching the events of the Holocaust and genocide in general, with the aim of avoiding such events in the future. After the Western Wall, Yad Vashem is the second-most-visited Israeli tourist site. 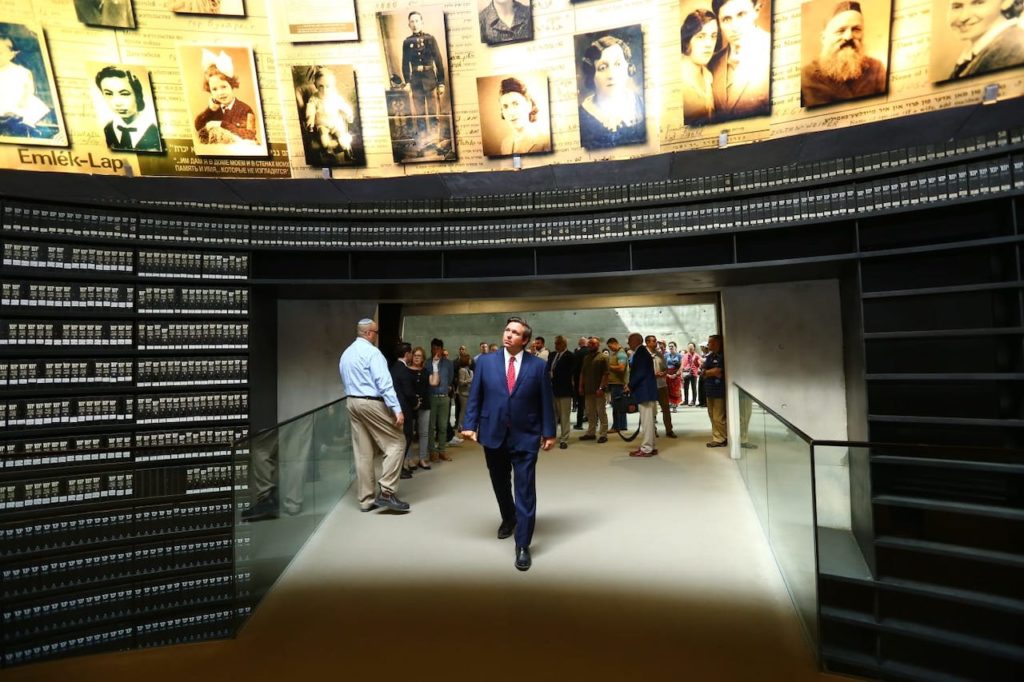