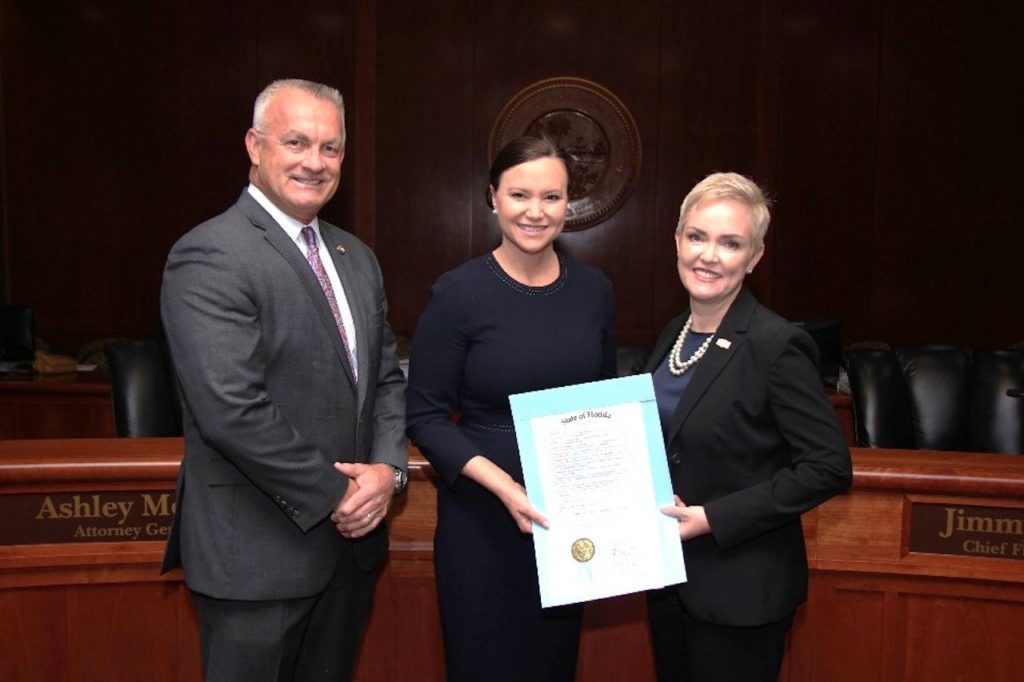 Attorney General Ashley Moody said, “Florida is home to millions of senior citizens and is first in the United States for populations of 65 years or older per capita. Our office is strongly committed to making sure seniors are protected from fraud and abuse and that they are treated with dignity and respect. That is why one of my first actions as Attorney General was to create a Senior Protection Team focused on protecting older Floridians. I am proud to sponsor and pass this resolution to raise awareness about elder abuse, and I remain committed to doing everything in my power to protect seniors.”

To view a copy of the resolution unveiled at today’s Florida Cabinet Meeting by Attorney General Moody, click here.

As part of Attorney General Moody’s efforts to stop elder abuse, Attorney General Moody launched the Senior Protection Team earlier this year. The Team is an intra-agency group of experts working together to fight fraud and abuse. The team also identifies emerging scams, spots trends and stays ahead of technology used to prey on seniors.

Attorney General Moody will host the upcoming Senior Scam Stopper Workshop and Awards program on June 14 in The Villages. This free workshop is designed to help seniors learn how to spot and stop fraud.