Funded by the National Science Foundation, the project is geared toward 3D printing and additive processing and could lead to breakthroughs in helping patients with eye problems and reduce the need to conduct testing on animals.

FAMU Pharmacy professor Mandip Sachdeva, Ph.D., who leads the three-person team, said this process of manufacturing corneas using high throughput 3D printing technology, which could print a number of corneas in a matter of minutes, should become routine. 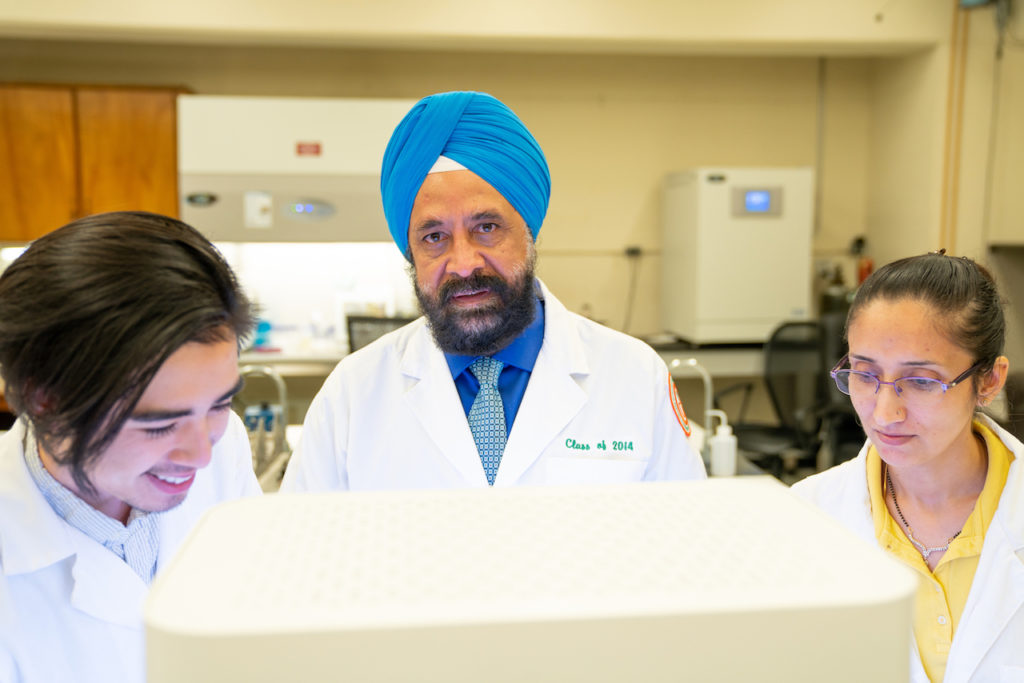 (From left) Research assistant Paul Dinh, Professor Mandip Sachdeva and doctoral student
Shallu Kutlehria spent the 18 months creating an entire 3D model of a blinking eyeball. The
corneas are printed in 3D by a bio-printer and made from materials including human cells.

The group, which includes, Shallu Kutlehria, a doctoral student from India, and Paul Dinh, a biology major from Tallahassee, spent the past year and a half creating an entire 3D model of a blinking eyeball. The corneas are printed in 3D by a bio-printer and made from materials including human cells.

Research assistant Dinh, 20, became interested in the field while in high school. He said this project requires pushing the envelope on cutting-edge technology.

“Regular 3D printers, normally extrude some sort of hot plastic that eventually takes the shape of whatever you want,” Dinh said. “With a bio-printer, instead of extruding a hot plastic, we can extrude materials that are similar or present in the human body.”

A United Kingdom scientist created the cornea technology, but the FAMU laboratory is working to make it more efficient by creating a mold to print multiple corneas. The diameter and dimensions of an average cornea are entered into the printer, taking nearly 10 minutes to produce six corneas.

“From there, we can set up an assembly of 3D-printed corneas in a diffusion cell system and then test a lot of formulations or products at the same time and evaluate the data thus minimizing animal testing,” Sachdeva said. 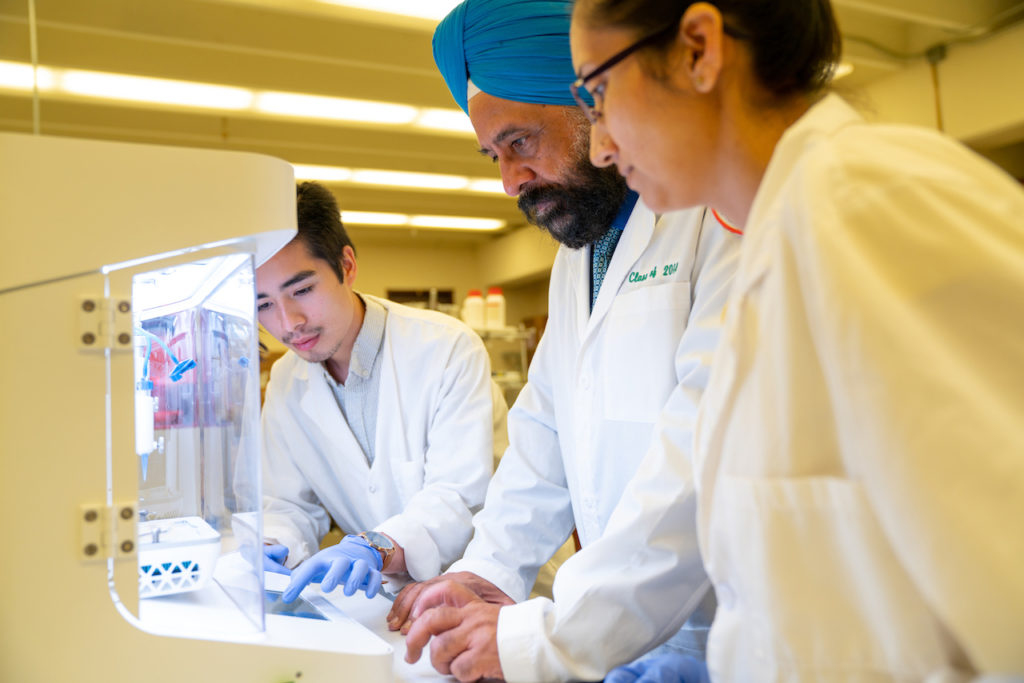 The corneas will then be entered into an artificial blinking eye, tear fluid and all, which was also printed in 3D, allowing the products to be tested in a simulated atmosphere.

While there is still a lot of innovation to be done in the field, they are only weeks away from inserting the cornea into the eye model.

“The ultimate goal is to file some patents as we move forward,” said Sachdeva.

The visually impaired will benefit from this technology, said Dinh.

“I can go and travel and see all these beautiful things and then there’s people out there that can’t really see at all,” he said. “It really made me appreciate the work that I was doing and that it had meaning to it and maybe my work can help someone in the future.”