Attorney General Ashley Moody said, “I am honored to serve alongside people committed to our mission of ending this form of modern-day slavery. If you know someone who is dedicated to the fight to stop human trafficking or strives to help survivors of this atrocious crime, please nominate them so we can recognize their efforts.”

The following four awards will be presented during the summit:

Award nominations should be submitted to [email protected].

The Annual Human Trafficking Summit is hosted by the Florida Attorney General’s Office, the Department of Children and Families, and the Department of Juvenile Justice. This year’s collegiate sponsor is the University of Central Florida. 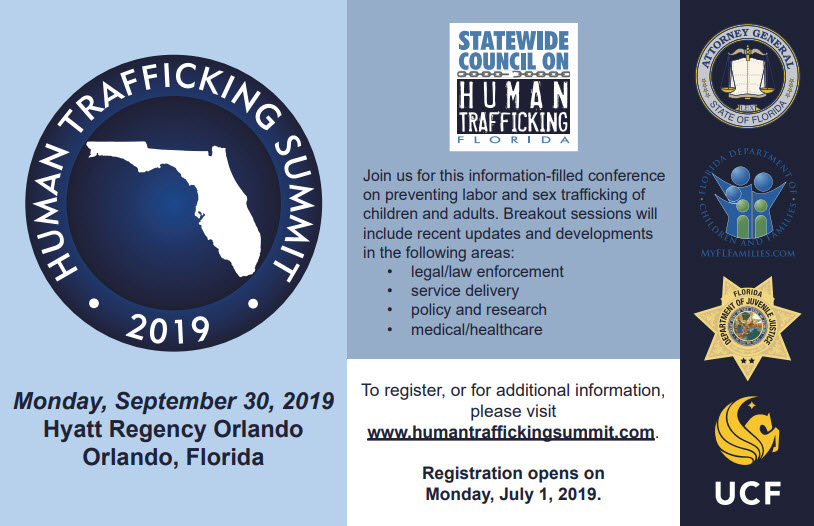