Stetson University has named Jason Evans, Ph.D., as the interim executive director of the Institute for Water and Environmental Resilience (IWER). His role begins on Aug. 15. Evans will fill the position while Stetson searches for a permanent replacement for Clay Henderson, J.D., who is retiring.

Evans is an associate professor of environmental science and studies at Stetson as well as faculty director of IWER.

Evans is looking forward to the leadership opportunity.

“My leadership style is about trying to develop new networks of connection for the benefit of Stetson’s students and our understanding of the natural environment,” said Evans who would like to see the IWER make a bigger difference in Central Florida.

“My overall goal is to continue the vision and momentum developed by many individuals during the past decade for IWER to become one of the nation’s premier interdisciplinary environmental institutes,” said Evans. “While that might sound ambitious, Central Florida faces incredibly complex environmental problems, such as, climate change, sea-level rise, harmful algal blooms, freshwater scarcity and loss of green space to suburban sprawl, which requires deep thinking and innovation.”

“As a respected private institution with a storied history of developing business and political leaders in Florida, Stetson is well-positioned to be at the vanguard of change towards a more sustainable economy and environment for Central Florida and beyond,” said Evans.

Evans has four goals that he hopes to accomplish during his IWER tenure.

The Sandra Stetson Aquatic Center opened on Feb. 14, 2019. The two-story building is the home of the Institute for Water and Environmental Resilience and Stetson University’s rowing teams.

Stetson has honored Henderson’s achievements with the Distinguished Alumni and George and Mary Hood Awards.

Henderson’s Stetson accomplishments include developing and organizing IWER and its staff, including the advisory and faculty steering committees, affiliate faculty and endowment; creating and administering the Sustainable Farming Fund to incentivize sustainable agriculture in the Suwannee River basin; and planning and conducting fundraising associated with the Sandra Stetson Aquatic Center.

“My biggest achievement is the Sustainable Farming Fund, which opened a lot of doors on many levels for the Institute for Water and Environmental Resilience,” said Henderson. “I really enjoyed teaching, particularly at Stetson University College of Law, and taking students to the St. Johns River to discuss environmental concerns.”

Henderson will be relocating to Boston, Massachusetts to write about environmental topics. He is excited about Evans temporarily taking the helm at IWER.

“Dr. Evans is an up-and-comer and recognized expert in his field with a good track record in working with local governments and obtaining grants,” said Henderson. “He will be taking the institute to the next level of success.” 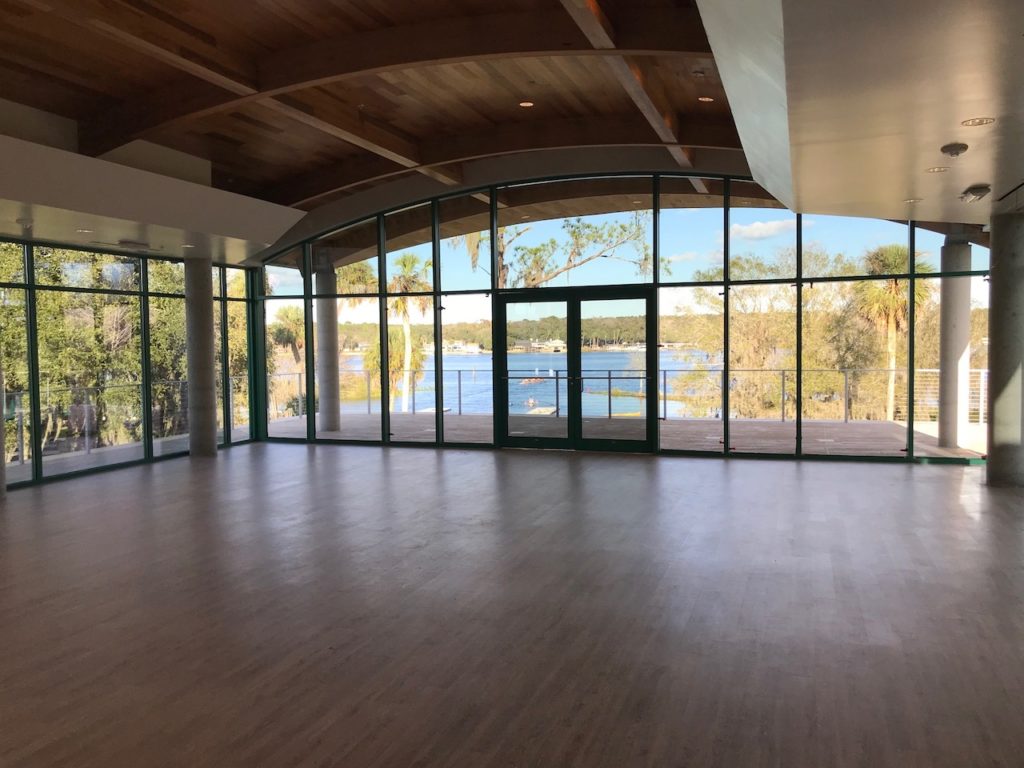 The Sandra Stetson Aquatic Center is situated next to scenic Lake Beresford.

“I’m excited to work with Dr. Evans and pleased that he’s willing to step into the executive director role on an interim basis during this critical juncture,” said Shelley Gentile, the institute’s program manager. “In addition to his bona fide academic skills, he brings a true gift for making connections. His expertise in resilience planning has and continues to put him in very high demand and adds a new dimension and richness to the institute’s network and resources.”

Evans and Henderson will be discussing the IWER leadership changes during a community reception on Friday, June 28, 6-8 p.m., at the Sandra Stetson Aquatic Center, 2636 Alhambra Ave., DeLand, 32720. Light refreshments will be served during the event.

Guests can honor Henderson and his environmental contributions by making a donation to IWER during the reception or online.

About Stetson University
Founded in 1883, Stetson University is the oldest private university in Central Florida. Stetson focuses on intense learning experiences in a supportive community that allows students to develop their voice in a connected, inclusive environment. Stetson University ranks No. 5 on U.S. News & World Report’s 2019 list of Best Regional Universities (South), and has been recognized as one of The Princeton Review’s 384 Best Colleges, 2019 edition. Stay connected with Stetson on social media.