Governor Ron DeSantis announced new, nonstop seasonal El Al air service between Tel Aviv and Orlando. The new flights, operating during the months of July and August, will offer a direct link between Israel’s second most populous city and one of Florida’s most popular destinations.

“I’m happy to announce this new nonstop flight between Orlando and Tel Aviv which will provide Floridians and Israelis exciting new tourism opportunities,” said Governor DeSantis. “This new route will help attract more visitors to the Sunshine State, as well as increase the number of Florida visitors to Israel, our strongest ally in the Middle East. With this addition, Florida will continue to serve as a top world travel destination. I thank El Al for this partnership and look forward to welcoming more of our friends from Israel to our great state.” 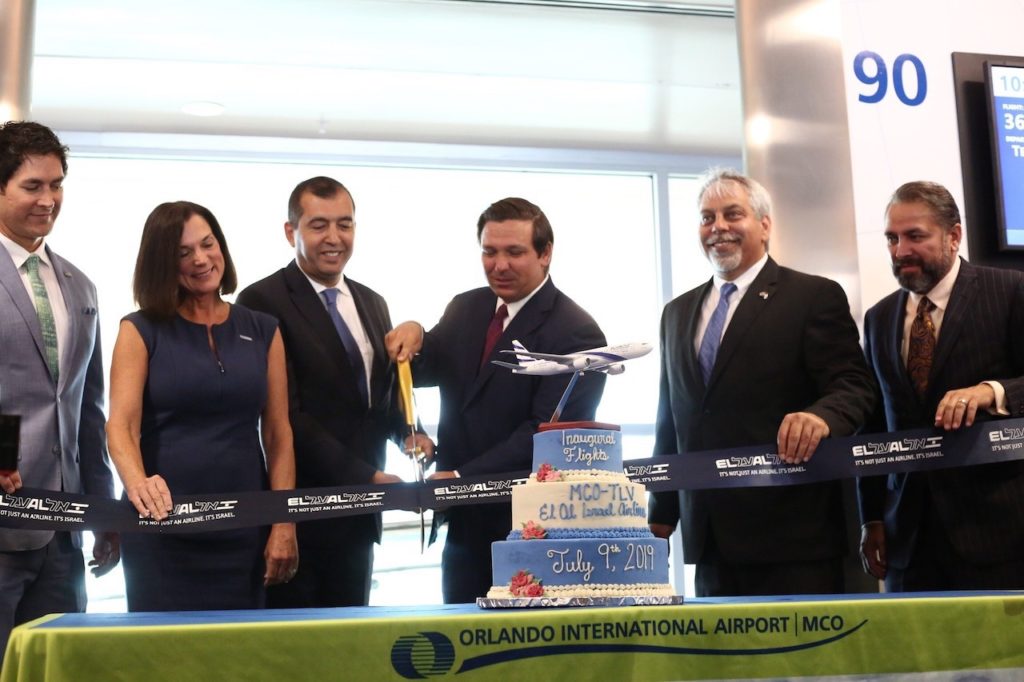 In May, Governor DeSantis led a delegation of Florida leaders on a historic business development mission to Israel, where he met with Israel tourism officials, including El Al CEO Gonen Usishkin about increasing flight options between Florida and Israel. The new flight announced today will operate once per week and is in addition to the El Al nonstop service from Tel Aviv to Miami launched in 2017.

“VISIT FLORIDA will always work to ensure Florida is a welcoming destination for our friends from Israel,” said VISIT FLORIDA President and CEO Dana Young. “Since 2012, as other states have seen their international market shares decrease, Florida has increased its international market share. Thank you to Governor DeSantis for his support of VISIT FLORIDA and the necessary work we do to promote the Sunshine State as the top travel destination in the world.”

VISIT FLORIDA will work in conjunction with El Al on a cooperative marketing campaign to highlight the Sunshine State and promote the fares to Florida. The campaign includes digital and out-of-home components targeting travelers in Tel Aviv.