“Captain Canfield brings a wealth of knowledge and experience including multiple tours abroad and has deployed in support of every numbered fleet across the globe in support of numerous operations,” said Governor DeSantis. “Captain Yoder is leaving Mayport in great hands and I’m confident Captain Canfield will serve and lead with distinction in his new role as Commander.” 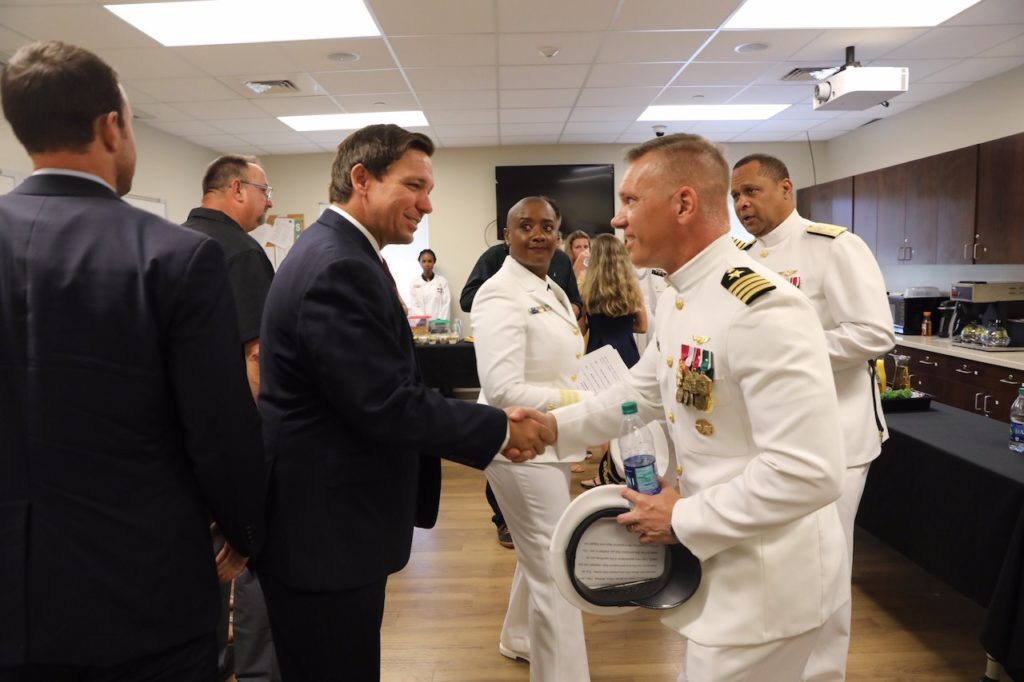 Naval Station Mayport, home to the United States Navy’s 4th Fleet, is one of three major Navy instillations in the Jacksonville area. The naval station is complete with both a seaport and air facility which aids in their mission of sustaining and enhancing warfighter readiness. Governor DeSantis was stationed at Naval Station Mayport during his service in the U.S. Navy.

FDLE agents, with the assistance of the Escambia County Sheriff’s Office, the Norfolk (Virginia) Police … END_OF_DOCUMENT_TOKEN_TO_BE_REPLACED