“I need $35,” he told his mother, Jerdine Collins Williams. What for, she asked.

“I’m applying to Florida A&M University,” said the then two-sport student-athlete. “I want to go to college.”

Williams was taken by surprise. No one in her family had attended college. She didn’t know that her son had higher education dreams.

On Friday, Gatlin, a criminal justice major, will join 300 FAMU graduates who will be receiving  degrees during the Summer Commencement ceremonies at 6 p.m. at the Al Lawson Multipurpose Center and Teaching Gymnasium. For the 22-year-old Gatlin, graduation represents the culmination of a roller coaster journey for a mother and son who refused to give up on their FAMU dream.

“I’m so proud of my son. When I talk to people, I have to cry sometimes. It was kind of rough,” said Williams. “I am a proud mother.”

Gatlin enrolled at FAMU with a scholarship, thanks to scoring a 25 on the ACT. But before he could settle into life on “the Hill,” tragedy struck. His half-sister died of breast cancer in December 2015. She was only 38. Despite their age difference, the siblings were close.

“We spoke every day,” Gatlin said. “She was my best friend. We told each other everything.”

Losing his sister eight months after he had lost his beloved grandfather felt overwhelming. His school work suffered. His GPA dropped to 1.8.

“I felt like I was stuck in a cave,” Gatlin said. “Sometimes you have to overcome and fight through adversity. I just kept praying.”

For years, she worked at a physician’s office from 8 a.m. to 5 p.m. To help pay her son’s tuition and fees, for the past three years, she has worked overnight from 8 p.m. to 7 a.m. as the caretaker for the Plant City police chief’s mom.

“When you have to do it by yourself you get it done,” Williams said.

With the emotional support from his roommate and academic advisers, Gatlin stayed in school; his grades improved. He is graduating in four years with a GPA of just under 3.0.

This summer, Gatlin was an intern at the Office of the Public Defender in Tallahassee. He wants to attend graduate school to study sports management, given his love for football and basketball. He also has a job offer with a private investigation firm.

“I was close to getting kicked out of FAMU,” he said. “Instead of my mom giving up on me, she supported me.” 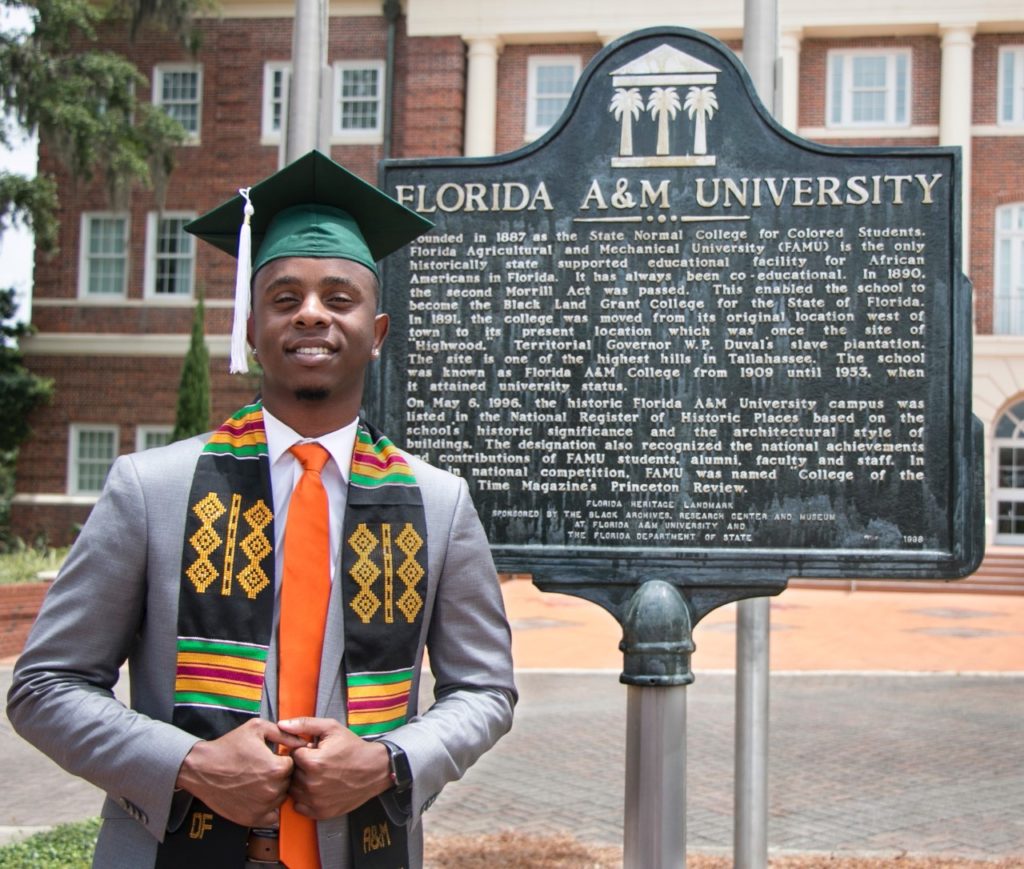 Following Governor DeSantis' authorization, a total of 5,000 Florida Guardsmen are being activated to State … END_OF_DOCUMENT_TOKEN_TO_BE_REPLACED