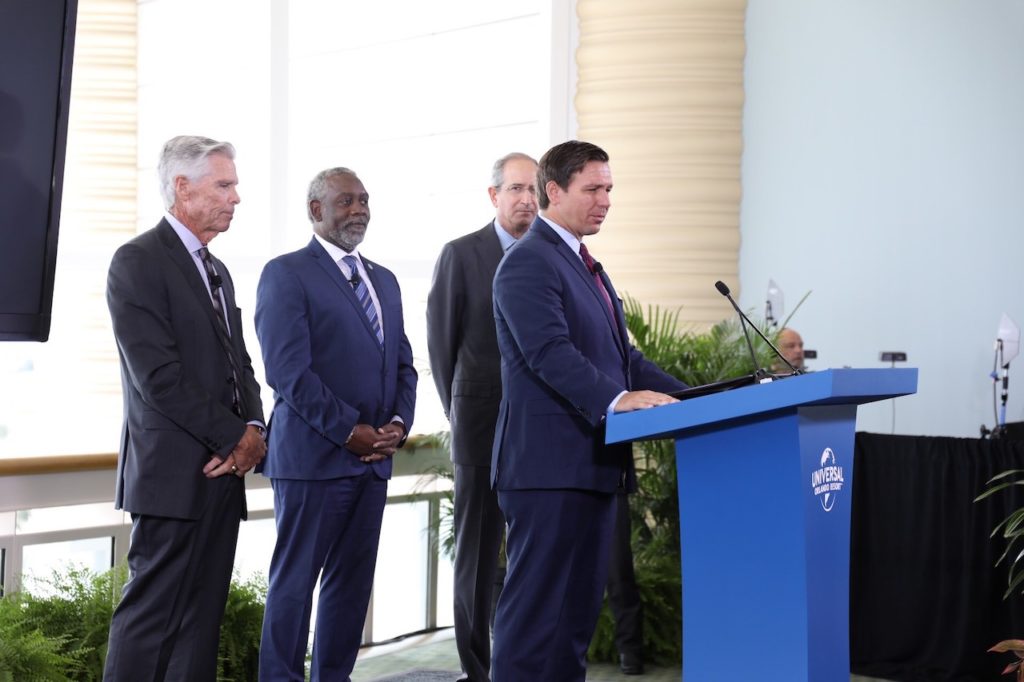 “Tourism is a major driver of Florida’s economy, and since I’ve been Governor, I have worked to prioritize this industry and with this new park from Universal will only bring more visitors to see what our state has to offer,” said Governor DeSantis. “Universal’s Epic Universe will take Florida’s tourism industry to new heights and build on the foundation Universal has established here in Central Florida.”

Since opening in 1990, Universal has contributed $73 billion in economic benefit to Florida’s economy. Universal currently employs more than 25,000 people and with the addition of this new park, look to create an additional 14,000 jobs. Universal contributes more than $300 million in state and local taxes annually and is expected to nearly double the annual tax revenue to about $600 million.

FDLE agents, with the assistance of the Escambia County Sheriff’s Office, the Norfolk (Virginia) Police … END_OF_DOCUMENT_TOKEN_TO_BE_REPLACED