Earning six major awards including the “Dick Pope All Florida Golden Image Award” for the best single campaign of the year, Sachs Media Group continued its long-term legacy of excellence in the field of public relations and integrated communications campaigns at Tuesday’s Florida Public Relations Association (FPRA) Golden Image Awards gala in Tampa. Each year the FPRA competition offers public relations practitioners an opportunity to be recognized and awarded for their dedication to their clients and results-oriented campaigns.

“It’s extraordinarily gratifying to know that our work and dedication on behalf of our clients are being recognized and rewarded by our peers,” said Michelle Ubben, President and Partner at Sachs Media Group. “We always say the greatest measure of success is our clients’ happiness, but it’s exciting to know that the high caliber of our work is also acknowledged by those who know our industry the best.” 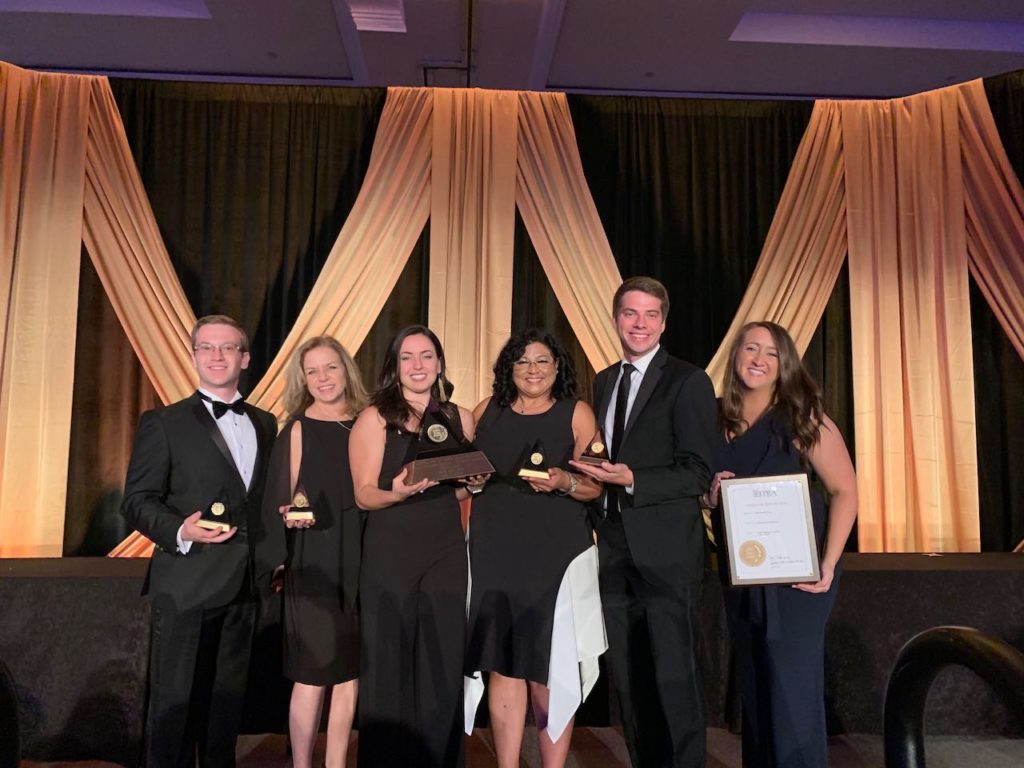 The evening’s highest honor, the Dick Pope All Florida Golden Image Award, went to the firm’s Rebuild Florida campaign on behalf of the Florida Department of Economic Opportunity (DEO). This campaign also took home a Golden Image Award in the category of Integrated Marketing. The campaign was recognized for excellence for its work after Hurricane Irma to help residents recover from the havoc wreaked by the storm. Sachs Media Group worked with DEO, the U.S. Department of Housing and Urban Development (HUD) and emergency management firm IEM to help clearly communicate available benefits to those residents with the largest unmet needs, as determined by the Federal Emergency Management Agency (FEMA).

Ron Sachs, Founder & CEO of Sachs Media Group, reflected praise on the firm’s diverse and talented staff for “always exerting our very best efforts for every client and project.”

“We’ve built our business around generating excellent results and outcomes for every challenge that our clients entrust to us,” said Sachs. “As we approach our 25th year, we remain dedicated to our clients’ success every day.”

Sachs Media Group has offices in Tallahassee, Orlando, Fort Lauderdale, and Washington, D.C. The firm’s other awards at the FPRA conference include:

In previous years, Sachs Media Group earned the top FPRA Dick Pope All Florida Golden Image Award for its work on the “Yes on 4” amendment campaign for water and land conservation (2009) and for its “Honoring Those Who Served U.S.” campaign with the Florida Department of Veteran’s Affairs (2013).

About Sachs Media Group
Sachs Media Group is the go-to strategic communications partner for mid- to large-sized corporate, nonprofit, and government organizations with high-stakes challenges. Based in Florida with national reach, we’ve perfected the art and science of promoting issues, brands, and services. We believe in insight-informed strategy — doing the right things to reach the right audiences and achieve the right outcomes, measuring success the way our clients do. With headquarters in Tallahassee and offices in Orlando, Fort Lauderdale, and Washington, D.C., our award-winning team has the experience, specialized skills, and bandwidth to treat each client’s high-stakes issue as a top priority. www.sachsmedia.com