As millions of Florida children begin a new school year, Attorney General Ashley Moody is reaching out directly to students and parents with tips and resources. The weeklong #BackToSchoolOAG campaign will provide information about internet safety, the dangers of drug use, risks associated with vaping and more. 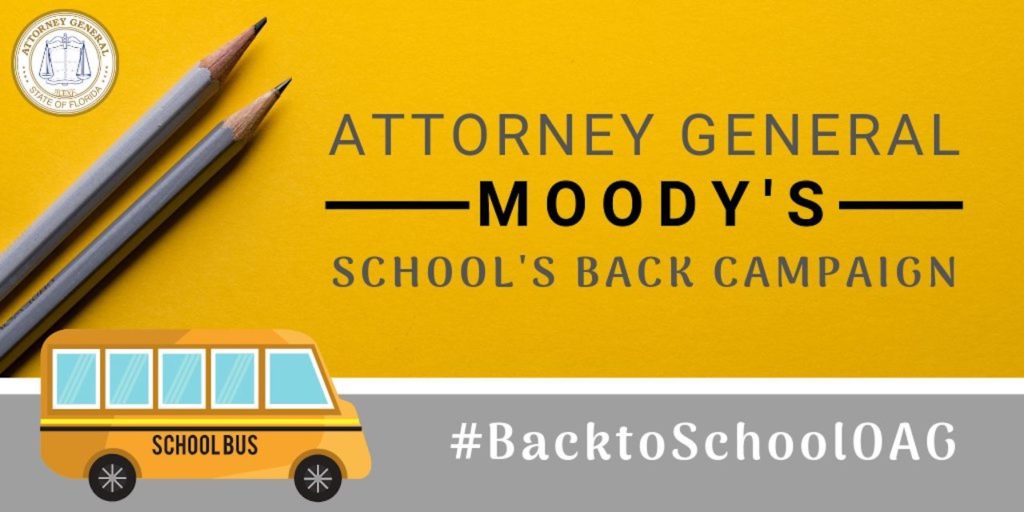 Attorney General Ashley Moody said, “This week, millions of children and teens in Florida will head back to school, and with a new academic year comes new risks and challenges that parents may not be thinking about. Online games and apps can create a venue for human traffickers to stalk children, drugs pose a major health threat, and the alarming increase in teen vaping cannot be ignored.

“Through #BackToSchoolOAG, I hope we can reach parents and students as the academic year begins to encourage a continuous, open dialogue about some of the extremely important challenges facing Florida students today.”

Earlier this summer, Attorney General Moody launched a fact-gathering mission to learn more about the dramatic increase in teen vaping. The Florida Department of Health released a report in April, noting a 58 percent increase in the use of e-cigarettes among Florida high school students from 2017 to 2018. According to the report, nearly one in four Florida high school students now admits to vaping.

Attorney General Moody is asking parents and guardians to talk to their children about drug use. To help get the conversation started, visit the Partnership for Drug-Free Kids tip page, here.