Attorney General Ashley Moody said, “I am encouraged by today’s round table discussion and hopeful the information and strategies shared will help ensure that we are doing everything possible to effectively address mental health issues, reduce recidivism and increase public safety. I especially want to thank Chief Justice Canady for his participation and passion, and for hosting us at the Florida Supreme Court today.” 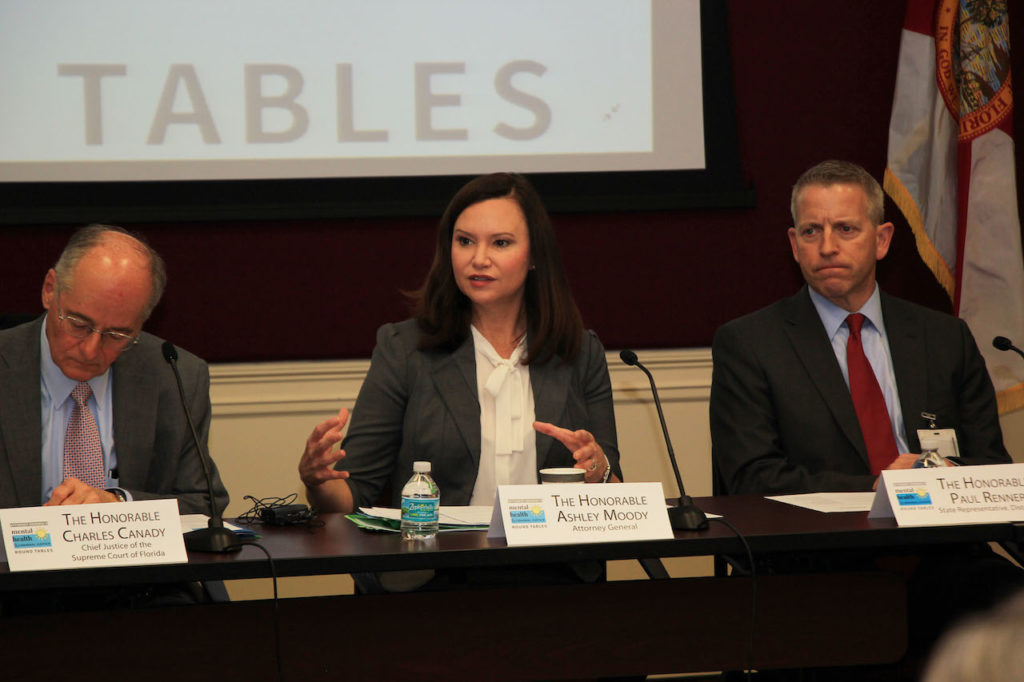 Chief Justice Charles Canady said, “We appreciate the chance to share the important work happening in mental health courts around the state. Attorney General Moody’s interest in how courts are addressing the needs of individuals who appear in mental health courts was a great opportunity for our judges to be a part of a larger constructive conversation on these challenges.”

Attorney General Moody launched the summer series this May in Tampa. Part one focused on addressing mental health issues within Florida’s law enforcement ranks. According to BlueHelp.org, 165 active and retired law enforcement officers nationwide committed suicide in 2018. That same year, 163 officers died in the line of duty. For more information about part one of the series, click here.

Part two of the series centered on how to make a difference in reducing recidivism and streamlining costs by coming up with innovative ways to handle persons experiencing a mental health episode prior to arrest. The round table discussion was held in West Palm Beach. For more information about part two of the series, click here.

Most recently, part three of the round table series centered on best practices for addressing mental health issues among those individuals awaiting trial, serving time and released after completing jail sentences—with a focus on preventing crime. The session was held in Bay County. For more information about part three of the series, click here.

Following Governor DeSantis' authorization, a total of 5,000 Florida Guardsmen are being activated to State … END_OF_DOCUMENT_TOKEN_TO_BE_REPLACED