“Justices Luck and Muñiz are among the highest qualified individuals to serve our state as jurists on the Florida Supreme Court,” said Governor DeSantis. “I know both of these men have a clear understanding and regard for the proper role of the courts and will serve with great distinction and integrity.” 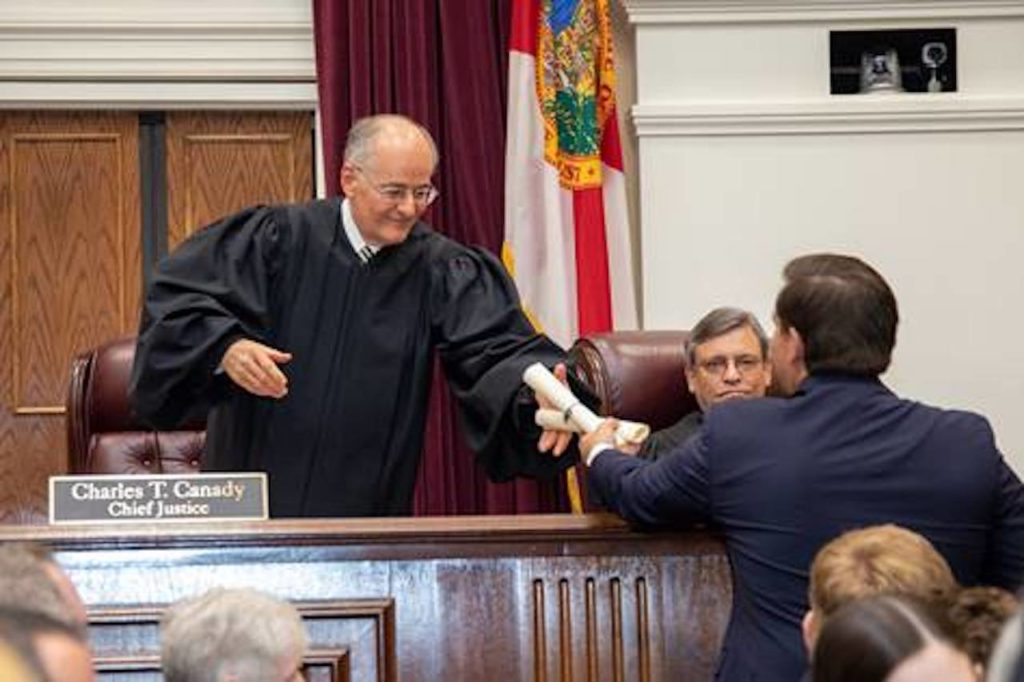 Justice Luck received his Bachelor of Arts in Economics with honors and his Juris Doctor from the University of Florida, where he graduated magna cum laude and served as Editor-in-Chief of the Florida Law Review at the University of Florida Levin College of Law. Justice Luck served as an Assistant United States Attorney for the Southern District of Florida where he handled the Appeals, Major Crimes and Economic Crimes sections of the U.S. Attorney’s Office. During this time, Justice Luck tried nineteen jury trials before the federal district court and argued three appeals to the United States Court of Appeals for the Eleventh Circuit.

Justice Muñiz received his B.A. from the University of Virginia and after working on Capitol Hill for the U.S. Department of Justice, he decided to pursue a legal career and graduated from Yale Law School. Justice Muñiz was nominated by President Donald J. Trump in February of 2018 and later confirmed by the United States Senate to serve as General Counsel of the U.S. Department of Education. There, he supervised all of the Department’s significant litigation in state and federal courts across the country.