Flagler Drive in West Palm Beach will be closed between State Road 80/Southern Boulevard and Worth Court North beginning Monday, Oct. 7. It will remain closed through summer 2020 as the roadway is reconstructed to tie into the replacement bridge.

Access will be maintained for local traffic only for Flagler Promenade North and South. Sidewalks also will be closed. Traffic will be detoured as follows (see attached map):

The Southern Boulevard (State Road 80) Bridges Replacement Project includes replacing the existing bascule (draw) bridge and tide relief bridge over the Intracoastal Waterway (ICWW) and Lake Worth Lagoon between the City of West Palm Beach and the Town of Palm Beach. The project limits are between Washington Road in West Palm Beach and State Road A1A/South Ocean Boulevard in Palm Beach. New decorative lighting, pedestrian features, traffic signals, signage and drainage are included. A temporary bridge has been built north of the existing bridge to maintain traffic while the replacement bascule bridge is under construction. Active construction began April 3, 2017 and will last until early 2021. The estimated construction cost is $93 million. 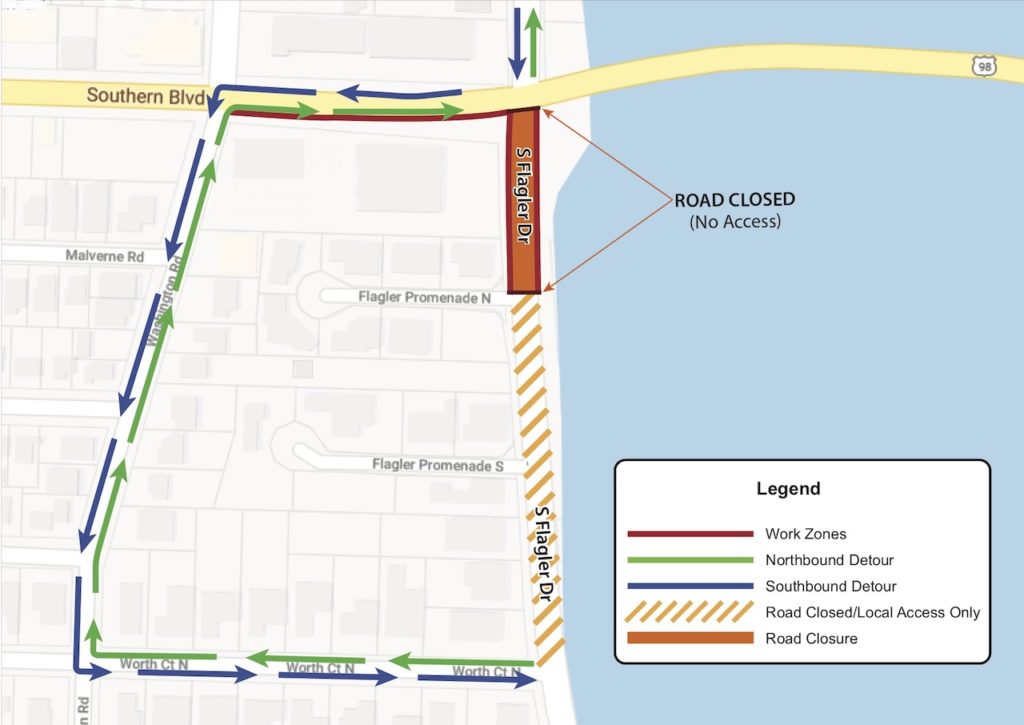 Residents across the Big Bend Area are increasingly satisfied with the community’s response to COVID-19, and … END_OF_DOCUMENT_TOKEN_TO_BE_REPLACED