“Florida is home to more than 1.5 million veterans, and it is our duty to ensure those who have served our country are receiving the care and support they deserve,” said Governor DeSantis. “As a fellow veteran who served in Iraq, I understand and appreciate the sacrifices made by our veterans, military members and their families. Along with FDVA Executive Director Burgess, my administration will continue to ensure our veterans have access to meaningful support and mental health services.”

Governor DeSantis and Executive Director Burgess attended the 2nd Annual 50th Anniversary Lapel Pinning Ceremony hosted by Collier-Lee Honor Flight to honor Vietnam veterans. During the event, Official 50th Anniversary Pins authorized by the United States Congress were distributed. Any honorably discharged Veteran who served in the U.S. Armed Forces between November 1, 1955 and May 15, 1975 is eligible for this award. 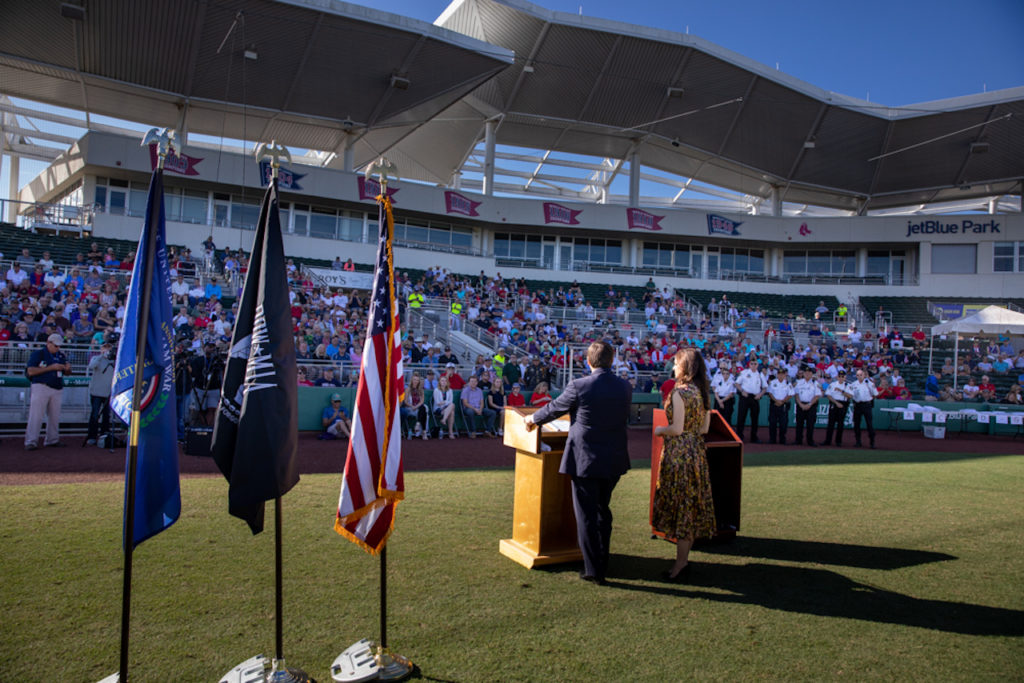 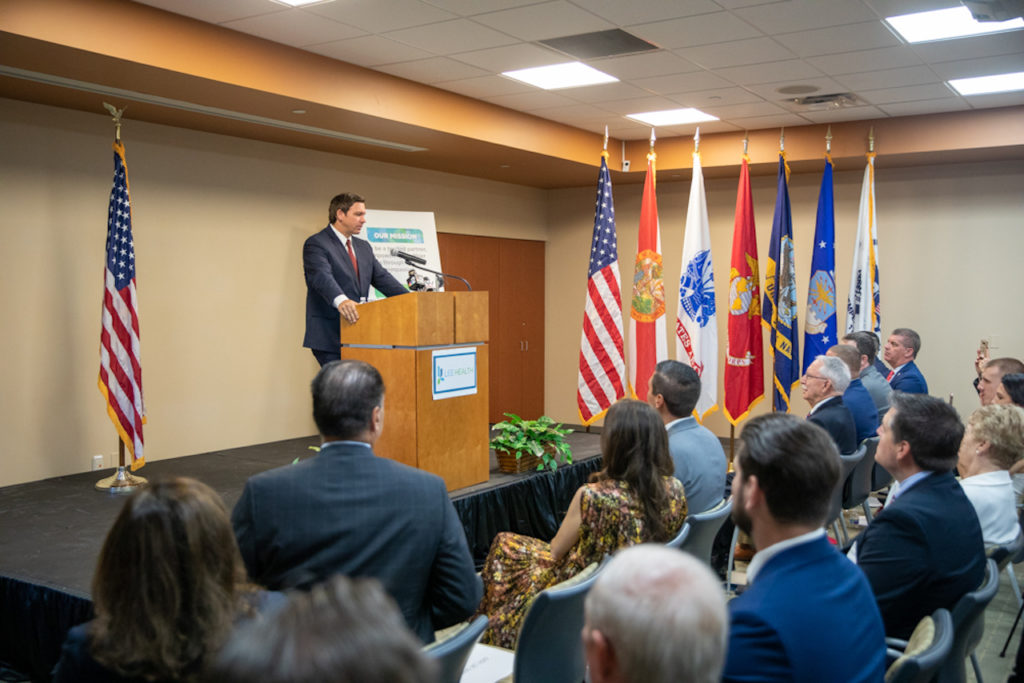 “As an Army Reserve Captain and former state legislator, I’m honored to have the opportunity to serve those who served us,” said Danny Burgess, Executive Director of the Florida Department of Veterans’ Affairs. “I’m proud to join Governor DeSantis today to salute our state’s 1.5 million veterans and thank them for ensuring the freedoms we hold so dear.”

Since taking office, Governor DeSantis has launched Forward March, an initiative which aims to unite the combined energy and resources of Florida’s state agencies, veterans’ service organizations, private partners and local communities. The initiative works to ensure the state of Florida is providing the very best services and support for our veterans. The Governor also spearheaded the creation of the Governor’s Initiative on Lawyers Assisting Warriors (GI LAW). GI LAW began accepting pro bono legal services requests from active duty service members in May 2019, and to date, seven statewide law firms have provided free legal representation to over 60 service members.