Betty Osceola and Rev. Houston R. Cypress are two well-known Everglades educators / conservationists. They are now leading the charge to protect the Big Cypress National Preserve and the rights of the indigenous and non-indigenous families who live among it, organizing a prayer walk along the historic Loop Road (50940 Loop Road, Ochopee, FL 34141), which sits just off the Tamiami Trail, closer to the west side of the trans-Everglades part US Highway 41. The walk commences on Saturday, December 7, 2019, at 8 a.m. and will last through the evening of Sunday, December 8, 2019.

“Even though the federal government, thru the Army Corps of Engineers, has abandoned this WERP project, the potential for a federal land grab is still a part of any future restoration actions even if the WERP projects are picked up by the State of Florida,” says Cypress, co-founder of the Love The Everglades Movement. “It’s also an environmental travesty that the federal government would walk away from an important Everglades Restoration project without clarifying serious land concerns.” 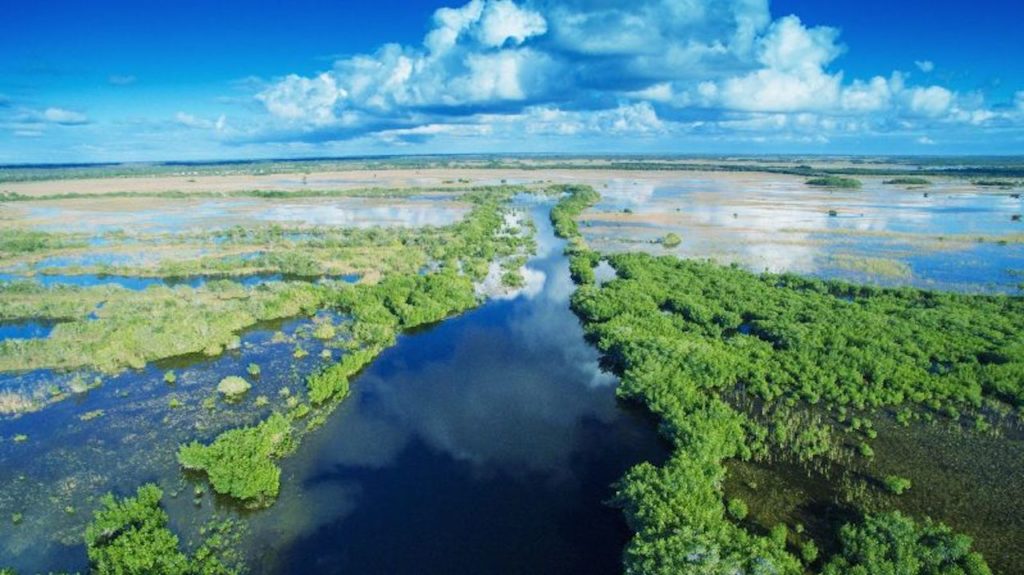 In addition to prayer, the goals are to educate and call attention to the plight of indigenous families and non-indigenous landholders who may be at risk to lose their lands in the Big Cypress Preserve as a result of the Western Everglades Restoration Project (WERP). Walkers will be able to camp overnight, and an evening chat led by the participants is set to happen Saturday evening.

Those camping are encouraged to arrive and check in on Friday, December 6. The entrance for campers and walkers will be clearly marked ahead of the event. The group is seeking volunteers to help set up and check participants in. For those planning to camp overnight and walk one day only on Sunday, check in begins Saturday December 7 at noon. This is an alcohol / drug free, family-friendly event.

Cypress adds: “There’s still discussions going on between all the stakeholders — the feds, the state, the tribes, and landowners — about restoring Big Cypress / WERP, but the fear of a federal land grab still hasn’t been alleviated and that’s why we’re bringing attention to this matter.”

The pair believes that the healing of the environment doesn’t require the removal of indigenous people from their lands nor requires violations of agreements made to them in the beginning of the creation of the Big Cypress Preserve. Their Facebook event page states: “As we pray over the landscape we will also pray for the protection of indigenous communities and their rights to exist in their ancestral homelands and also advocate for honoring the congressional agreements made to our non-indigenous neighbors who will also be impacted.”

As the two did during a prayer walk of Lake Okeechobee earlier this year, each morning the prayers will be webcast on Facebook Live in an attempt to envelop and embrace Mother Earth in a global healing prayer. Supporters who cannot join the walk are encouraged to tune in.

FDLE agents, with the assistance of the Escambia County Sheriff’s Office, the Norfolk (Virginia) Police … END_OF_DOCUMENT_TOKEN_TO_BE_REPLACED