FDLE Agents arrested three suspects charged with organized retail theft who are suspected of an elaborate scheme stealing thousands from retailers throughout the Southeast United States. Agents believe the theft ring is responsible for more than 100 thefts in 23 Florida counties. Two suspects remain at large today.

“Think about what these individuals could have achieved if they had spent half as much time thinking about being good, productive citizens instead of this elaborate scheme,” said Florida Attorney General Ashley Moody. “We will work to ensure they have a long time in a prison cell to get their priorities straight.”

“The level of planning and the sheer number of thefts committed by these criminals is striking, especially just before Black Friday,” said FDLE Commissioner Rick Swearingen. “I appreciate the work by our agents and our partners at The Home Depot and Target for their support during the investigation.”

“Organized retail crime is a serious and growing problem for the retail industry,” said Director of Home Depot Investigations Mike Combs. “We’re grateful to partner with the Florida Department of Law Enforcement to track this group and end their multi-state operation.”

The investigation shows one suspect placed the false barcodes on the merchandise in store while another purchased the products. Suspects routinely purchased dozens of items costing stores thousands of dollars in a single transaction.

After the purchases, suspects mailed the items to another suspect who sold them online for large profits. Agents say the thefts cost retailers more than $150,000 in Florida alone.

Suspects arrested or charged today are:

Harold Wilson, 62, address unknown at this time, charged with racketeering and conspiracy to commit racketeering, currently wanted for the charges stemming from this investigation.

Keith Conyers, 56, address unknown at this time, charged with racketeering and conspiracy to commit racketeering, currently wanted for the charges stemming from this investigation. 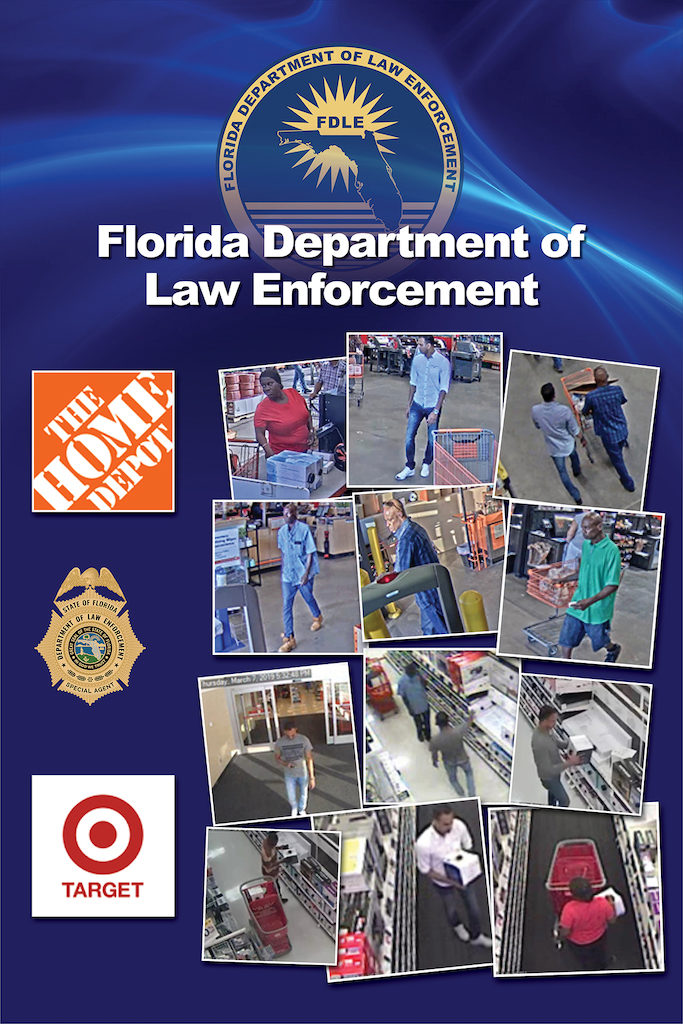 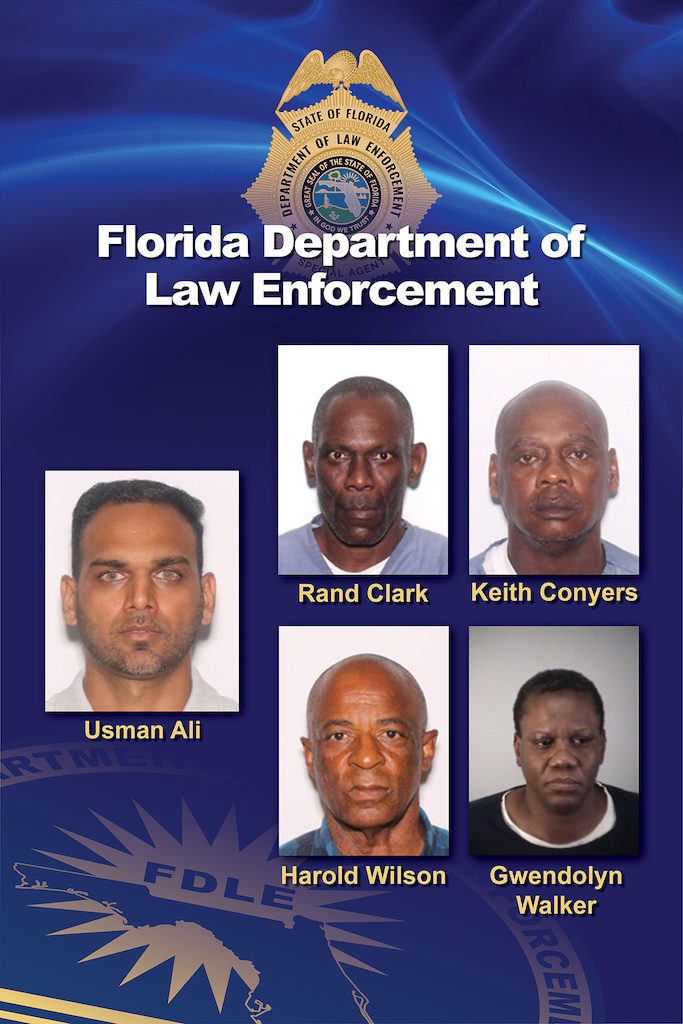 FDLE agents, with the assistance of the Escambia County Sheriff’s Office, the Norfolk (Virginia) Police … END_OF_DOCUMENT_TOKEN_TO_BE_REPLACED