Agriculture Commissioner Nicole “Nikki” Fried was today joined by state lawmakers to strongly oppose a House Agriculture and Natural Resource Subcommittee bill, PCB ANR 20-01, which would move the Office of Energy from the Florida Department of Agriculture and Consumer Services (FDACS) to the Department of Environmental Protection (DEP). Fried was joined by Senator Kevin Rader and Representative Javier Fernandez to criticize the effort by Governor Ron DeSantis and the Legislature. 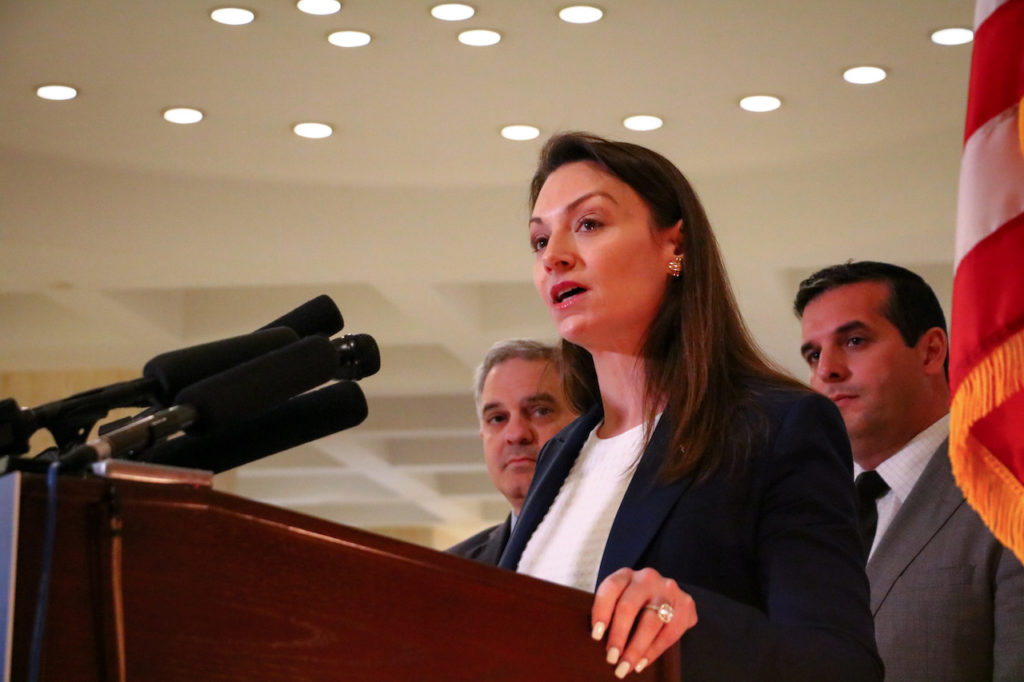 “For years, Florida has needed a comprehensive vision on energy – that’s what we’ve done under my leadership of the FDACS Office of Energy. We have a 76-page plan on energy. We have a long list of first-year energy accomplishments. We’ve hosted the first statewide summit on energy and climate change in a decade. We have ambitious energy and climate legislation. The Governor has none of those – but now suddenly wants the Office of Energy,” said Commissioner Nikki Fried. “Partisan power grabs like this bill subvert the will of the people and silence those who voted for action on energy and climate change. I thought our state’s leadership was better than this – but it’s more politics as usual.”

Since taking office, Commissioner Fried has revitalized the FDACS Office of Energy, empowering the office to provide new focus on energy efficiency, climate change, and low-income energy equity. Since being transferred to FDACS in 2011, the Office of Energy has administered over $158 million in state and federal funds for energy efficiency and renewable energy programs. These efforts have been instrumental in helping small local governments make much-needed energy efficiency upgrades, reducing Florida’s reliance on fossil fuels, and providing hundreds of free energy and water audits for Florida agricultural producers.

“This is a waste of time and a shameless power grab. The FDACS Office of Energy deserves to be in an agency that can put forth a real vision for Florida’s energy future. Since coming into office, Commissioner Fried’s FDACS Office of Energy spent eight months developing the Florida Energy and Climate Plan, the state’s first comprehensive energy plan in a decade, providing realistic strategies to achieve clean, affordable energy,” said Senator Kevin Rader.

“Working together to improve the lives of Floridians should be our number one priority – but removing the FDACS Office of Energy from the Department of Agriculture is counterintuitive and accomplishes the opposite. We’ve only just begun to see what an empowered and revitalized Office of Energy can do when it’s tasked to create solutions for Florida’s consumers,” said Representative Javier Fernandez. “It simply does not make sense, at this critical moment, to stall this momentum as we propose the state’s first real investment in energy in a decade. There’s no good reason to remove the Office of Energy from her oversight other than partisan, political games.”