You are here: Home / Education / FAMU Fans To Relive Highlights of 2019 Football Season

The 2019 Florida A&M University (FAMU) football season was the best in a decade. It will be remembered as a signature moment of the Coach Willie Simmons era with the team finishing 9-2 overall and 7-1 in the Mid-Eastern Athletic Conference.

“The success of our 2019 season saw us finish with the best record among Division 1 historically Black colleges and universities,” said Simmons.  “This accomplishment allowed us to be named the Black College Sports Network Black College National Champions and can now be relived. That is something that makes us all proud to be Rattlers.”

Rattler fans can see the highlights of that season on Saturday, May 16 as FAMU TV20, the Athletic Department and the Office of Communications present a FAMU Football Marathon.

The marathon will feature five games from last season, including Delaware State, Howard, North Carolina Central, South Carolina State and North Carolina A&T.  The games will be shown on FAMU TV20 and streamed to a global audience on the FAMUTV20 Facebook page.

“This is a great opportunity for us to highlight our student-athletes and the success of our program under Head Coach Willie Simmons,” said Vice President and Athletic Director Kortne Gosha.

“During these uncertain times, it is important that we keep our fans and donors engaged. We hope that everyone around the country can enjoy the special moments from last year as a reminder that we still need their support now as we face the global pandemic.”

Throughout the marathon, fans will be encouraged to assist the athletic program by giving to the Rattler Athletic Fund at FAMUathletics.com.

“This support is vital so when we return to competition, our coaches and student-athletes will be ready,” Gosha said.

The FAMU Football Marathon will air on FAMU TV20 which is distributed over Comcast Xfinity and on www.facebook.com/FAMUTV20 May 16 beginning at 9 a.m. with the Delaware State game. 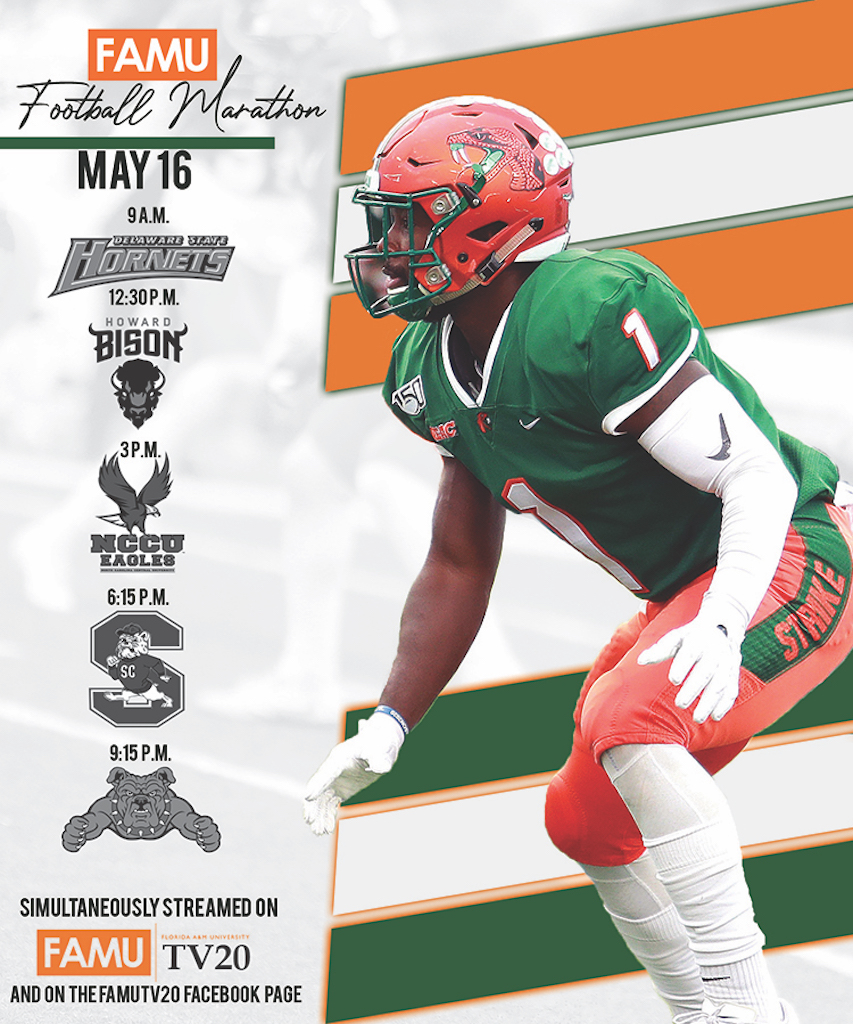 The Florida Department of Juvenile Justice (DJJ) held a youth assembly to echo the message of The Facts. Your … END_OF_DOCUMENT_TOKEN_TO_BE_REPLACED

Sachs Media, Florida’s top PR firm for high-stakes challenges, has been named one of the Best Companies to … END_OF_DOCUMENT_TOKEN_TO_BE_REPLACED