A small group of key stakeholders gathered at a distance in Panama City today to break ground on critical renovations for the Gulf Coast Children’s Advocacy Center trauma therapy treatment building, currently uninhabitable due to damage sustained from Hurricane Michael in October of 2018. Once complete, the newly renovated, state-of-the-art building will be named “The AshBritt Environmental & Lauren’s Kids Therapy House at the Gulf Coast Children’s Advocacy Center” to honor the project benefactors: Florida-based nonprofit Lauren’s Kids, which works to prevent child sexual abuse and help survivors heal, and AshBritt Environmental, a national disaster and recovery contractor that participated in the debris removal in Bay and Gulf Counties after Hurricane Michael.

“Children’s advocacy centers are incredible and truly life-saving places that help children heal from victims of unthinkable crimes into thriving survivors who are stronger in spite of the abuse they have endured,” says Senator Lauren Book, founder and CEO of Lauren’s Kids and a survivor of child sexual abuse herself. “This project holds the same kind of symbolism and spirit of resiliency – after a great storm, the advocacy center is coming back stronger than ever, with a little help from their friends.” 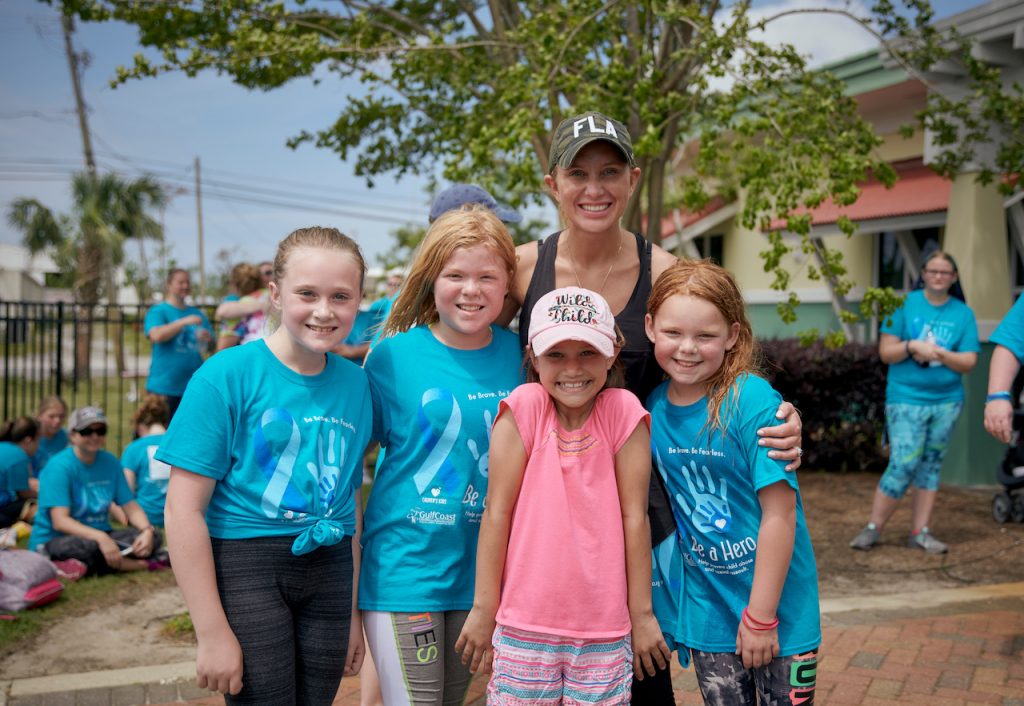 The Gulf Coast Children’s Advocacy Center serves more than 7,000 survivors of sexual assault annually. Following the devastation of Hurricane Michael, the center saw a spike in child abuse cases and clients in need of services. Despite the loss of several buildings, the Advocacy Center staff pushed on – providing therapy to children healing from abuse and sexual assault wherever possible, from fast food parking lots to downed tree trunks. The work now continues in cramped and dated rented office space.

“Our team of advocates and therapists were suffering themselves – no running water, limited electricity, many without homes to return to – but they showed up every single day ready to serve,” recalls Gulf Coast Children’s Advocacy Center Executive Director Lori Allen. “After all we have collectively been through, our staff and the children and families we serve deserve a beautiful, therapeutic, space to work and to heal. We are all so grateful for this incredible gift of a newly renovated, state-of-the-art therapy building.”

Lauren’s Kids and AshBritt have assembled a network of donors to completely renovate the Gulf Coast Children’s Advocacy Center to provide a private, therapeutic environment for survivors to heal. The AshBritt Foundation is contributing well over $750,000 toward the renovation, including generous support from local partner GAC Contractors.

“As a former attorney working with Children’s Advocacy Centers, I understand the courage it takes for a child to disclose abuse and believe every community needs a space where interagency coordination allows for these crimes to be investigated and prosecuted in a manner least traumatizing to children,” says AshBritt CEO Brittany Perkins Castillo. “AshBritt prioritizes supporting community-driven projects, such as the rebuild, which exemplifies recovery and resiliency, and provides a critical service to the community.”

Senator Lauren Book, Lauren’s Kids foundation, and AshBritt have been a part of the Gulf Coast Children’s Advocacy Center family for nearly a decade, making stops at the center on Book’s annual 1,500-mile “Walk in My Shoes” trek across the state of Florida (completed from 2010 – 2018 to raise awareness about child sexual abuse, sponsored by AshBritt), and working with the children and families served to raise awareness and create change. The children’s stories and legal plights have inspired Book to successfully advocate for dozens of critical changes in law to better protect survivors of abuse, including termination of parental rights for sexual predators when a child is born from rape.

The Lauren’s Kids foundation, with support from AshBritt, has previously renovated sexual assault treatment programs and children’s advocacy centers, including Christina’s Courage in Key West, the Orange County Victims Services Center in Orlando, the Nancy J. Cotterman Center in Ft. Lauderdale, the Brevard County Children’s Advocacy Center in Rockledge, the crimes against children interview room at the Pinellas County Sheriff’s Department, Alpha House in Tampa, and others. The renovations to the Gulf Coast Children’s Advocacy Center in Panama City will be documented in Lauren’s Kids’ new for-television awareness program, “The Journey Home.”

AshBritt is a national turn-key rapid-response disaster recovery, environmental services, and project management company. AshBritt has conducted more than 330 disaster response missions and 30 special environmental projects, successfully serving more than 600 clients. The organization has been directly involved in the recovery efforts of more than 60 federally declared disasters in 19 states. AshBritt has been a contractor for the U.S. Army Corps of Engineers (USACE) for over 20 years.  AshBritt’s mission is to support communities and help families in time of need.  Through its corporate and foundation giving, AshBritt has given back over $5.5 million dollars over the last 5 years.

Amid a growing concern for the health and safety of children in public schools across the country, State … END_OF_DOCUMENT_TOKEN_TO_BE_REPLACED