Since its inception in the early 1990’s, the program has expanded its scope with academic and personal life choices. It also continues to offer six weeks of direct and supplemental instruction in mathematics, science, language arts, mentoring, and academic planning.

“There remains a need for academic support to assist with narrowing the achievement gap for males of color,” Wilson said. Despite improvements in the graduation rates for black males across the state, Wilson said, the Florida Department of Education high school graduation reports indicate that they graduate from high school at or near the bottom compared to other ethnic groups. 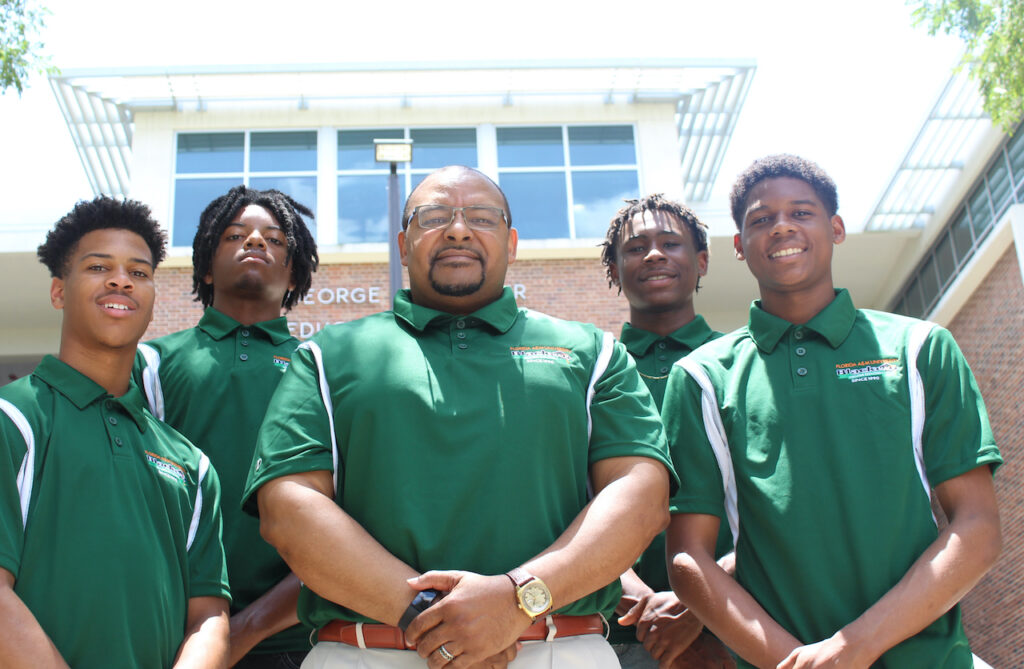 “Given the potential explosion of the achievement gap caused by COVID-19 and the socio-economic realities of our target population, services, and interventions provided by the Black Male College Explorers are needed more than ever,” Wilson added.

BMCEP was initially implemented during President Frederick S. Humphries, Ph.D.’s tenure and operated under the College of Education’s umbrella, with Tommy Mitchell as its first director. The program was initially funded by a grant by the Florida Legislature.

The grant funded the program annually for several years along with state appropriation funds and support from private donations. Its blueprint was crafted to prevent “at-risk” Black males from dropping out of high school, directing a path toward college admission, and increasing the chances of college graduation.

Edward Tolliver, Ph.D., followed in Mitchell’s footsteps as the second director and led the program for many years before being succeeded by Wilson. The program has been expanded to other Florida historically Black colleges and university campuses, including Bethune-Cookman University, Edward Waters College, and Florida Memorial University.

Ronald Rhodes, a BMCEP alumnus, said the program was pivotal in helping him develop the confidence to embrace his “can-do” spirit.

“I learned how to speak up and speak out about a lot of issues,” Rhodes said. “I learned time management. I learned about how to become a top student in the program and how to get goals accomplished.”

Rhodes of Apalachicola, Fla., participated in the program during 1990-91. Mitchell, Adel Manatee and the staff were more than just the people who ran the program, Rhodes said.

“There are so many benefits of the program,” he said. “I was a person who was not used to discipline. This is the first thing that you are introduced to.”
Daniel said the program’s mentors taught him techniques he now uses in his present job in corrections.

BMCEP alumnus Greg Ray agreed with Daniel about the how mentors helped to shape behavior and attitude. While a junior at FAMU in 1998, Ray accepted a job with the program as a mentor. He knew it was not just a job; it was his calling.

“The emphasis was on teaching young people how to be respectful to other adults and deal with people,” Ray said. “The organizers expected the same of the staff.”