Senator Lauren Book (D-Plantation) today sent a letter to Florida Department of Children & Families Secretary Chad Poppell, copying Governor Ron DeSantis, Casey DeSantis, and legislative leaders from both chambers urging information and immediate action following a USA Today investigative series on Florida’s child welfare system. Book, current Chair of the Senate Committee on Children, Families, and Elder Affairs and a survivor of child sexual abuse from ages 11-16, has been a longtime champion for the prevention of abuse and ensuring support for survivors.

Book’s letter, embedded below, questions “what appear to be gaping holes in Florida’s child welfare system related to policies and practices that have potentially placed or kept children in harm’s way when the Department should have been aware of those dangers.” Book outlines concerns revealed by the USA Today series, including foster parents who have been accused or convicted of abuse or other violent offenses being allowed to retain their licenses, lack of followup or services provided to children previously housed with a foster parent later discovered to be abusive, and high incidence of case managers falsifying documents.

Book goes on to request a copy of DCF’s joint task force with FDLE and child welfare subcontractors created in response to USA Today’s investigative inquiries, and states that she is “committed ensuring implementation of task force recommendations and drilling further into the lapses in policy and judgement that have left vulnerable children needlessly suffering.”

“While I only have the lengthy research as addressed in the series of USA Today articles, there is enough smoke to cause me concern,” says Book. “I understand that the need for fostering greatly outweighs the current availability of care and am aware of how difficult it is to provide quality care when a system is overloaded, underfunded, and understaffed, but the errors made have been egregious, and the issues outlined [in the USA Today series] indicate system-wide policy failure.”

Book is currently awaiting a response from the Department. 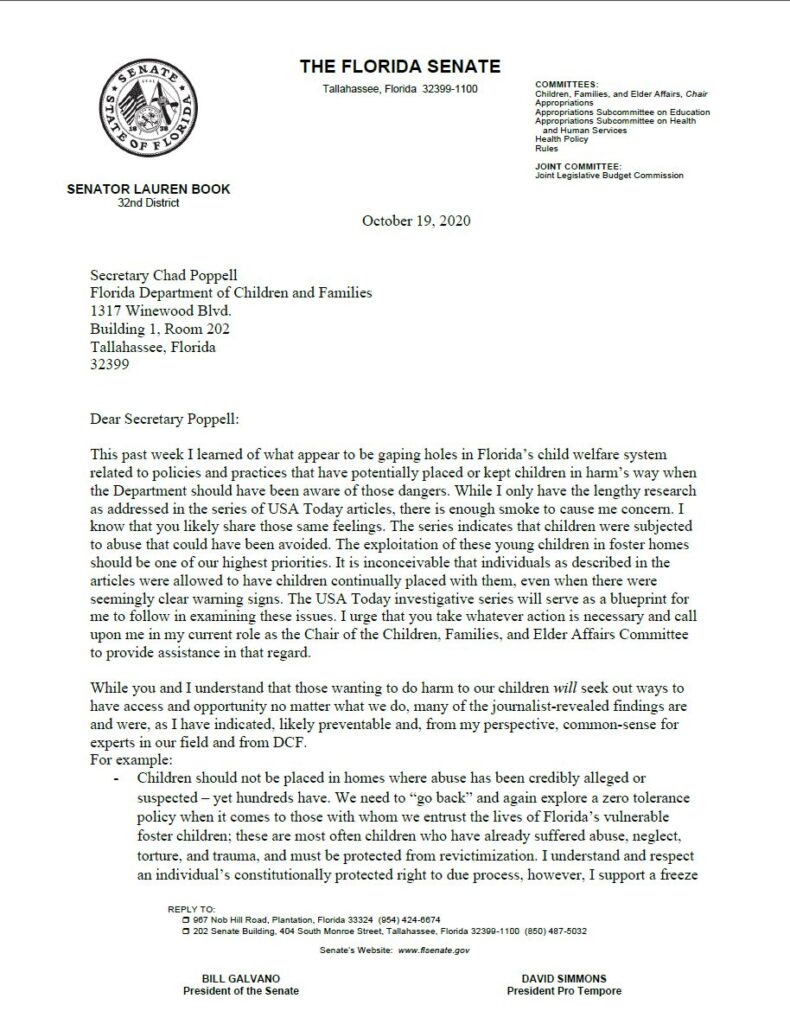 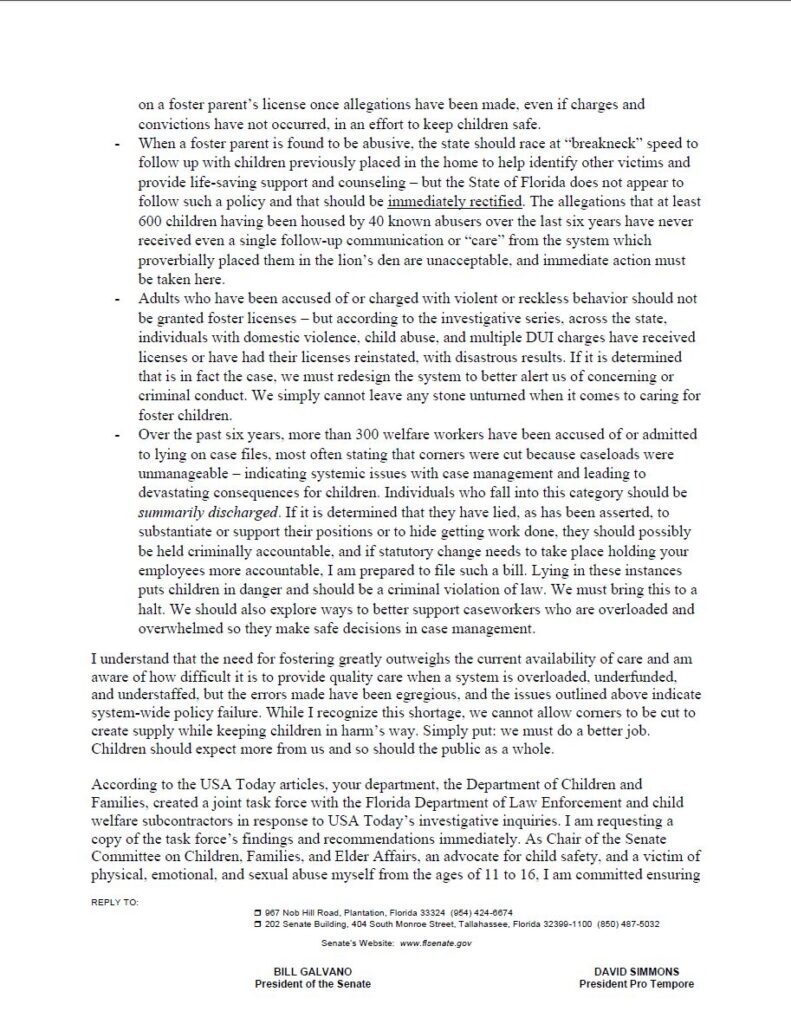 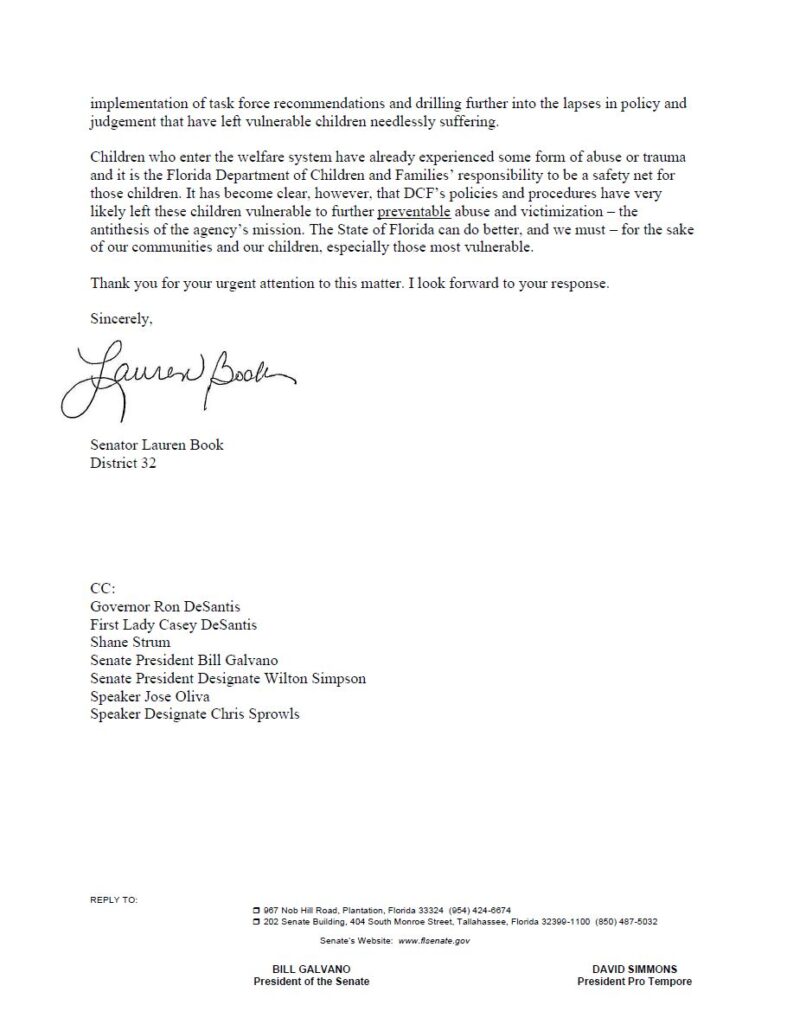 Amid a growing concern for the health and safety of children in public schools across the country, State … END_OF_DOCUMENT_TOKEN_TO_BE_REPLACED