Designed and created by Brad Cooley of Bronze by Cooley of Lamont, Fla., the rattler, the University’s mascot, was hoisted into place by a crane then secured to a concrete base. The seven-times life size statue was then covered with tarpaulin in anticipation of the building’s ribbon cutting early in 2021. The bronze rattler, which cost about $112,000, is expected to become a favorite for student graduation photos. 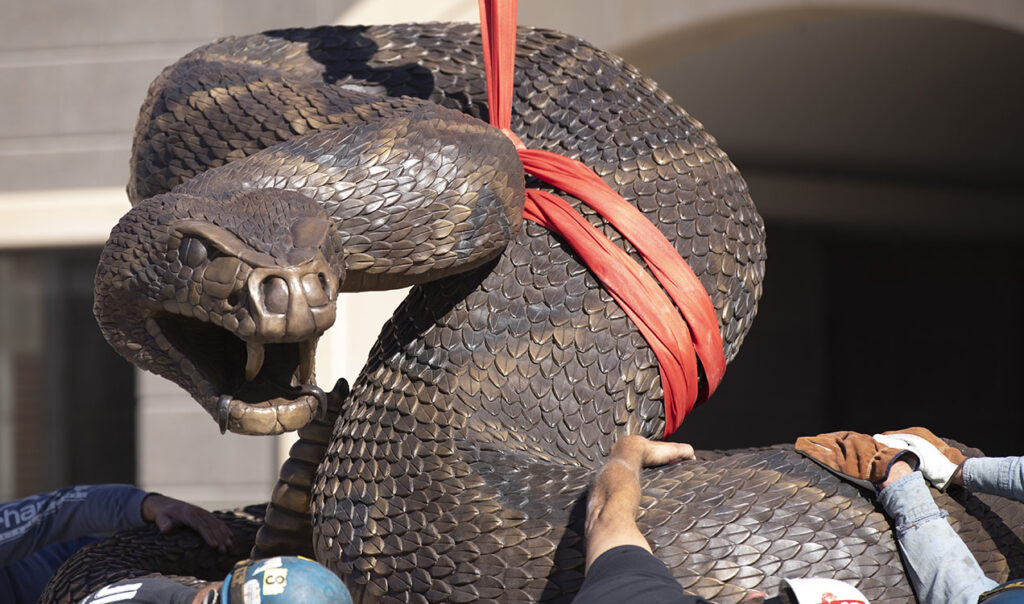 “It’s an image for students to come up to and get photos with. It’s something that they can take with them. This piece will be here long after we’re gone,” said Cooley, who was pleased with the way the statue turned out. “It’s going to get a lot of attention.”

The nearly $40 million, three-story, 73,000-square-foot CASS complex is being built with funding from the state Legislature. It is set to become a centerpiece of the University’s student success initiatives by housing most of the crucial student services under one roof.

William Hudson, Jr., vice president of Student Affairs, said the new installation is a fitting symbol as the University forges ahead with student success initiatives.

“The rattler embodies the spirit of the Florida A&M University community,” said Hudson, who was present as the statue was put in place. “This statue is more than a work of art. It serves as a reminder of who we are and what we can accomplish.”