Rep. Duggan, a Republican from Jacksonville, represents District 15, which includes the Naval Air Station Jacksonville. On Wednesday, Speaker Sprowls appointed him a member of the Florida Defense Support Task Force. Rep. Duggan served in the United States Marine Corps Reserve from 1993 to 1995. He is an attorney by trade and the former Chairman of the Jacksonville Charter Revision Commission. He earned his law degree from The College of William & Mary, and he is a graduate of the U.S. Marine Corps Officer Candidate School. Rep. Duggan was elected to the Florida House of Representatives in 2018 and re-elected on Nov. 4. 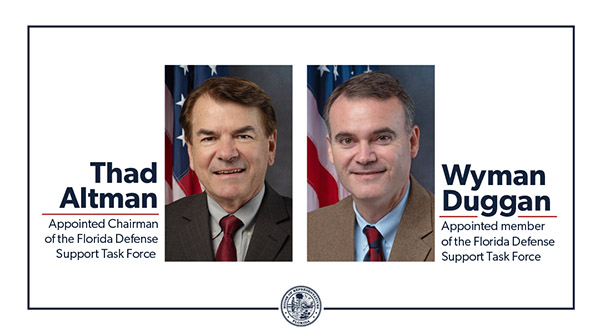 The term on the task force for House Members corresponds with their legislative term and will end on Election Day 2022.