“I was so excited to receive the news and it truly caught me by surprise,” Hubbard said. “They sent me a letter welcoming me to the club and I just didn’t want it to be a mistake.”

Hubbard is among 11 former players and two retired coaches selected to the 2021 College Football Hall of Fame Class. Seventy-eight All-American players and seven coaches from the Football Bowl Subdivision (FBS) are on the ballot.  In addition, 99 All-America players and 33 coaches were nominated from the divisional ranks.

“Each year my name goes on the ballot, then continues to roll over year after year,” Hubbard said. “You start wondering if this will ever happen. To know I was selected an inductee for the 2021 College Football Hall of Fame was just a complete surprise.”

Hubbard, a native of Hubbard, Ohio, lettered as a running back at Ohio State from 1965 to 1967. Following his graduation from Ohio State, he remained with the Buckeyes for six seasons as an assistant coach under the legendary Woody Hayes. Hubbard was the position coach for two-time Heisman Trophy Award winner Archie Griffin.

Hubbard served as the Florida A&M head football coach from 1974 to 1985, compiling a 83-48-3 record. He coached his team to an 11-0 unbeaten season and a Black College Football National Championship in 1977.

One year after winning a national title, Hubbard’s Rattlers claimed another monumental victory as FAMU defeated the University of Miami.

Hubbard ended his collegiate coaching career in 1985, but he returned to the sidelines as head coach at James S. Rickards High School in Tallahassee from 2008-2011.

The 2021 College Football Hall of Fame Class will be officially inducted during the 63rd NFF Annual Awards Dinner on Dec. 7 alongside the 2020 Hall of Fame Class.  The 2020 event was postponed due to COVID-19. Inductees will also be honored at their respective schools with an NFF Hall of Fame On-Campus Salute, presented by Fidelity Investments, during the 2021 season. 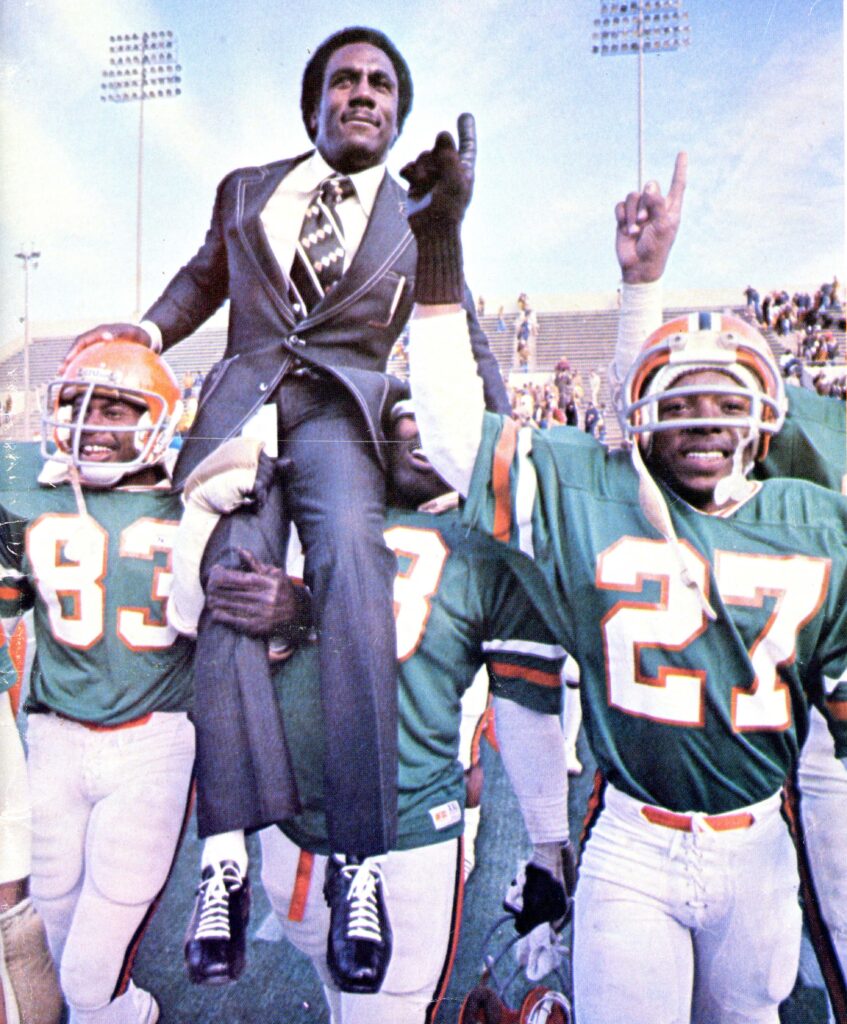