You are here: Home / Education / Althea Gibson’s Legacy Continues to Live On

Before there was Serena Williams, there was Althea Gibson. 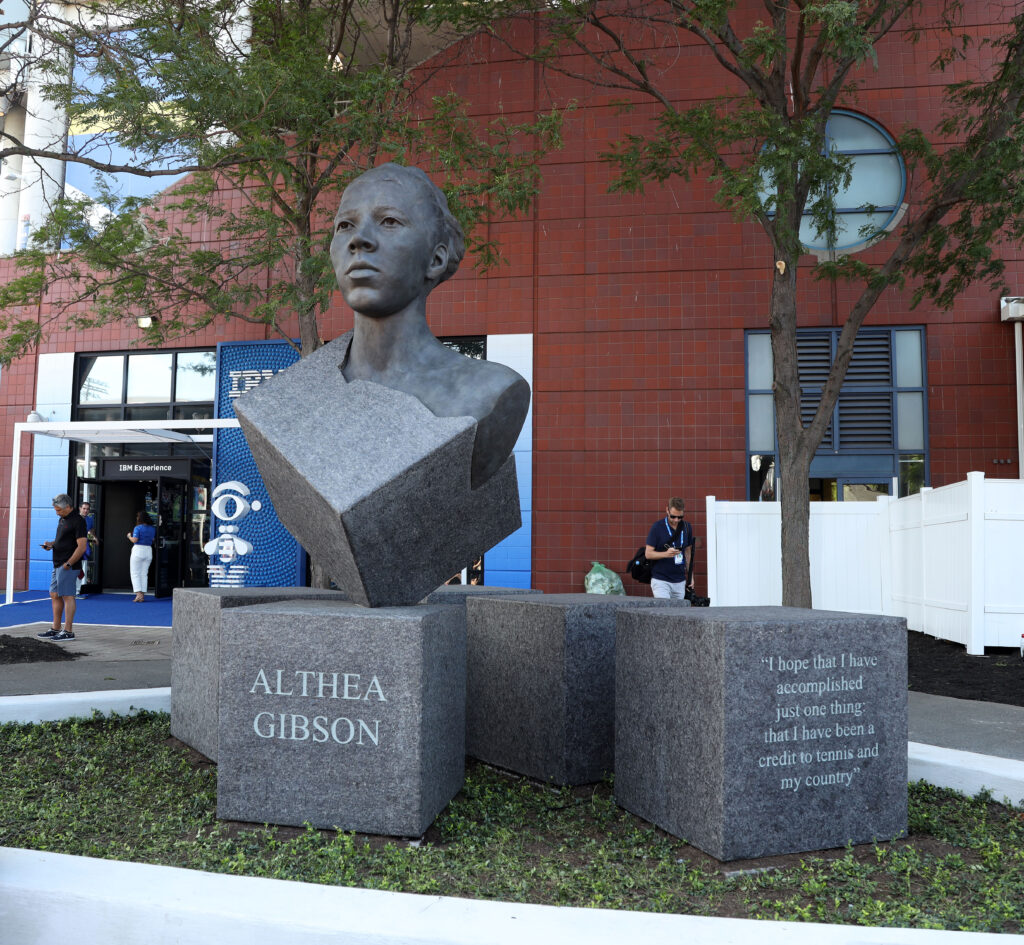 The legacy continues to impact and transcend the sport of women’s tennis today after the Clarendon County, S.C., native broke the color barrier more than 65 years ago.

“Without a question, she was a trailblazer who opened the doors to tennis for the likes of Venus and Serena Williams, and emerging superstars like Coco Gauff,” said FAMU President Larry Robinson, Ph.D. during the Althea Gibson statue unveiling in 2019.

In all, Gibson won 11 Grand Slam tournaments and won 56 national and international singles and doubles championships.

At a time when racism and prejudice were widespread in sports and in society, Gibson was often compared to Jackie Robinson.

Today, Gibson’s legacy continues to live on with the FAMU women’s tennis program.

“It’s just an honor for us to be able to play on the tennis courts where she used to play,” said FAMU head coach and director of tennis Rochelle ‘Nikki’ Houston. “We definitely make sure that we let our players know her legacy and tell her story about how she accomplished and overcame so much.”

Gibson retired from amateur tennis in 1958. In 1964, just six years after retiring from tennis, Gibson, at the age of 37, became the first African American to join the Ladies Professional Golf Association (LPGA).

But it was on the tennis court where Gibson, who died in 2003, left her mark.

In 2019, the U.S. Tennis Association honored Gibson with a statue that sits on the Southeast Corner of Arthur Ashe Stadium at the Billie Jean King National Tennis Center in New York.

“It’s a prestigious honor to see her recognized with a statue,” Houston said. “It’s a great opportunity to have more young kids when they walk through the tennis center to see her statue and get to know her story. That’s what is going to continue her legacy.”

In 1958, Gibson was named Female Athlete of the Year by the Associated Press, garnering over 80 percent of the vote, after successfully defending her Wimbledon and U.S. National singles titles. She also became the first African American woman to appear on the covers of Sports Illustrated and Time.

Amid a growing concern for the health and safety of children in public schools across the country, State … END_OF_DOCUMENT_TOKEN_TO_BE_REPLACED