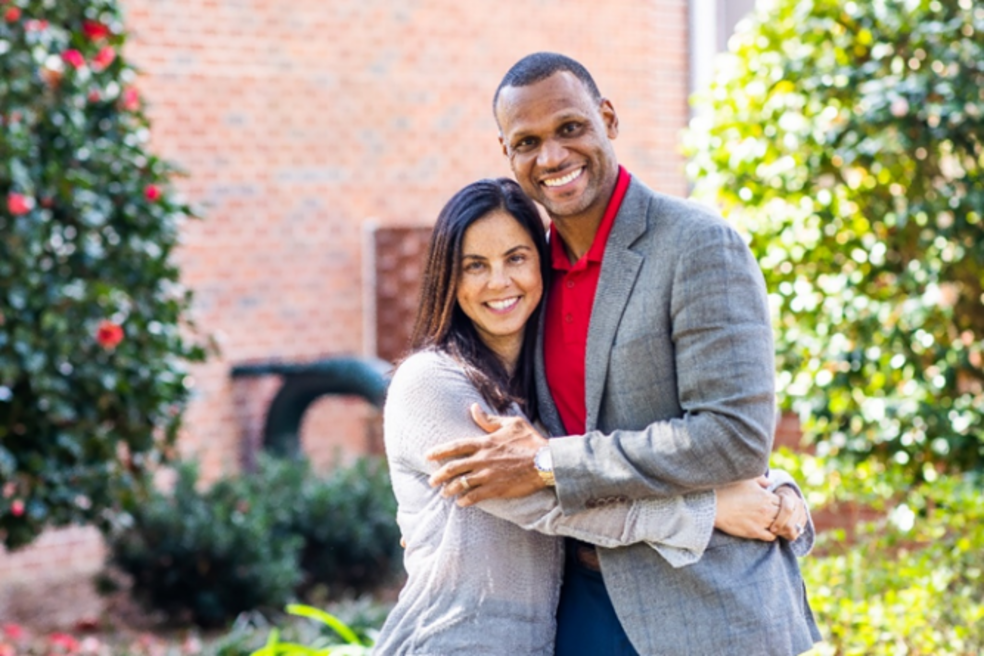 Parents to five children, Peter and Kensy Boulware are both graduates of Florida State University and former college athletes. Peter went on to play professional football and during his nine-year career with the Baltimore Ravens, he was selected to four Pro Bowls, was the 1997 Rookie of the Year, and played in and won Super Bowl XXXV. Peter and Kensy are the co-owners of Community Leadership Academy, Tallahassee Volleyball Academy and Peter Boulware Toyota. 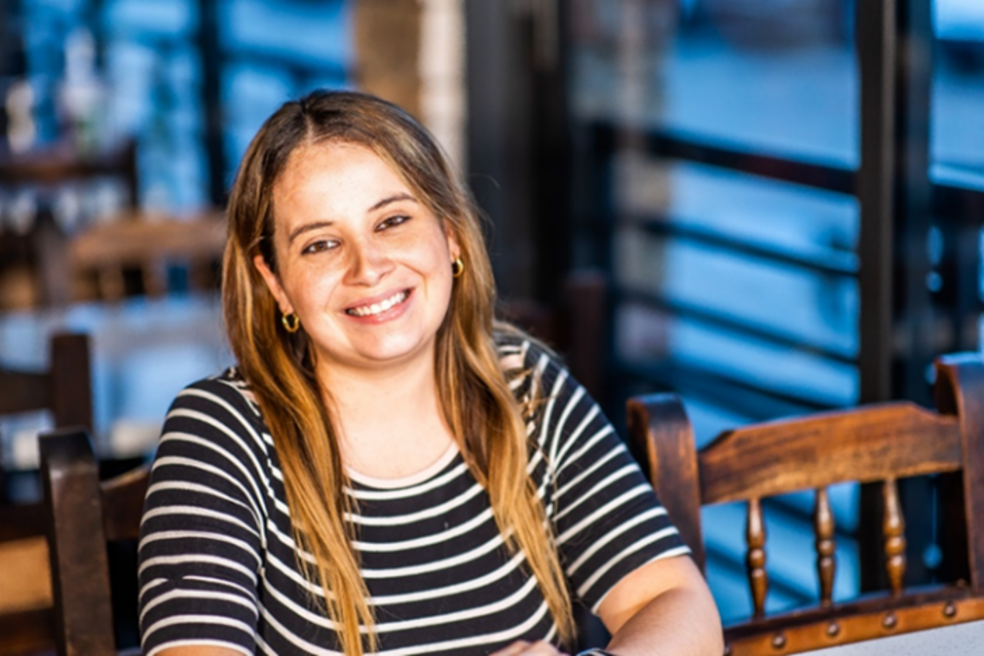 As a manager of Oh! Que Bueno in Orlando, Florida, Antonia is grateful for the Colombian-themed restaurant is able to open at full capacity. Parents of a two-year-old son, being able to work in an open Florida economy has given Antonia and her husband of four years the ability to make a living to provide for their family. 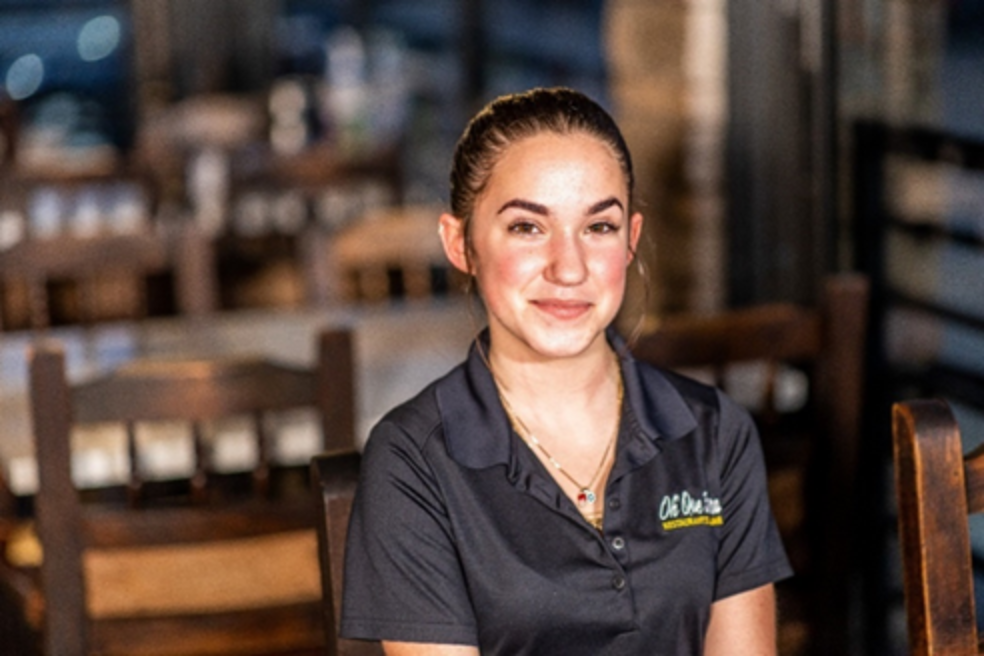 In addition to being a server and bartender at Colombian restaurant Oh! Que Bueno in Orlando, Florida, Daniela Gonzalez is also pursuing a degree in business at the University of Central Florida. Daniela feels empowered and fortunate to have the ability to work because of Florida’s open economy. 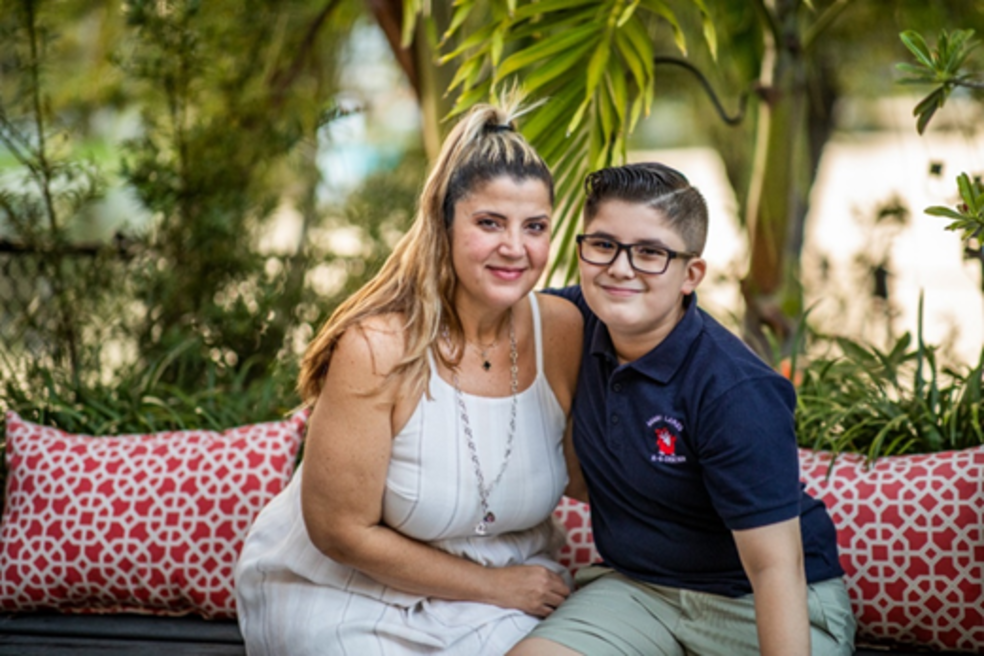 Maria “Myllye” Gonzales from Hialeah, Florida, is the mother of Juan Victor Gonzales, an 11-year-old student at Miami Lakes K-8 Center. The transition to online classes proved to be challenging for their family and Myllye noticed that her son was missing the social interaction that in-person learning allowed. Since returning to the classroom in person, Myllye has seen a positive change in her son. He enjoys interacting with his friends again and is excited to learn. Myllye and Juan Victor are so thankful that Florida schools are open, and he is able to be back in the classroom. 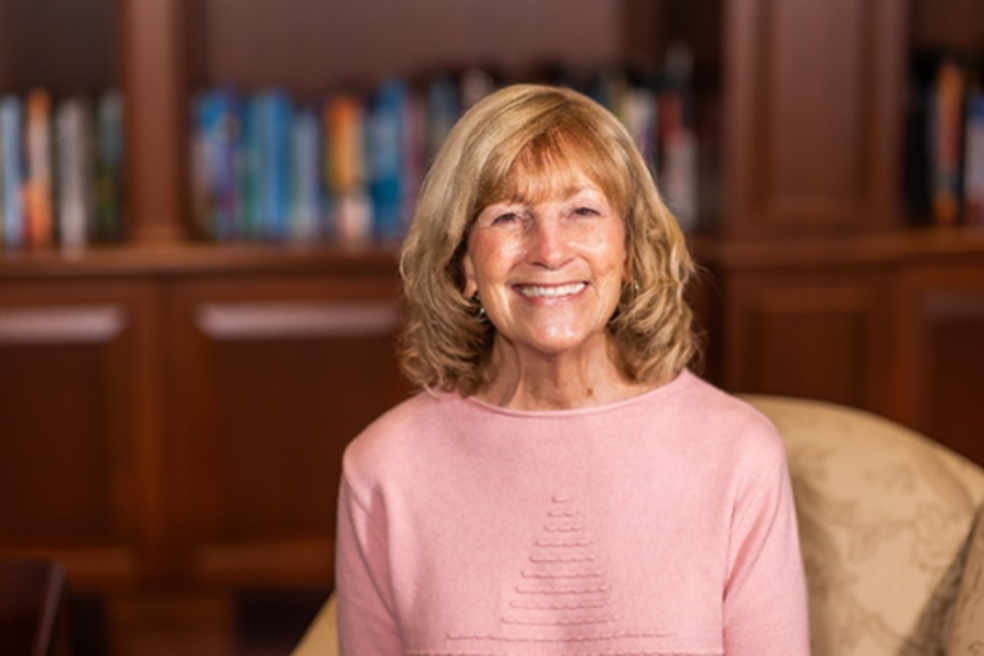 Gail Hale is the daughter of Jean Strickland who is a long-term care resident at Clifford C. Sims State Veterans’ Nursing Home in Panama City and a U.S. Coast Guard veteran of World War II. Last summer, Governor DeSantis allowed compassionate caregiver visitation to resume in Florida long-term care facilities, which has allowed their family to reconnect. On Jean’s 98th birthday last December, her daughter Gail, as well as her whole family, was able to visit both virtually, from a distance and in person for the celebration. 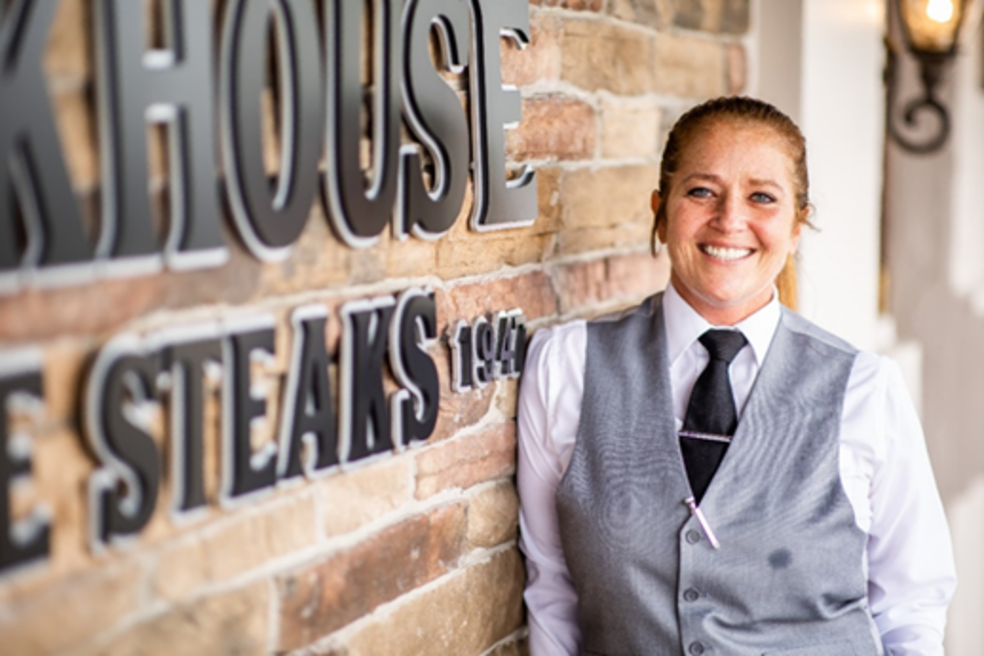 Theresa Hodgdon is a single mother of two sons and a server/bartender at The Okeechobee Steakhouse in West Palm Beach, Florida. During the pandemic, Theresa was able to keep her job and provide for her kids and family. She is the youngest of five siblings and moved to Florida in 1981 with her family. Theresa has a strong work ethic and has been working since the age of 13. 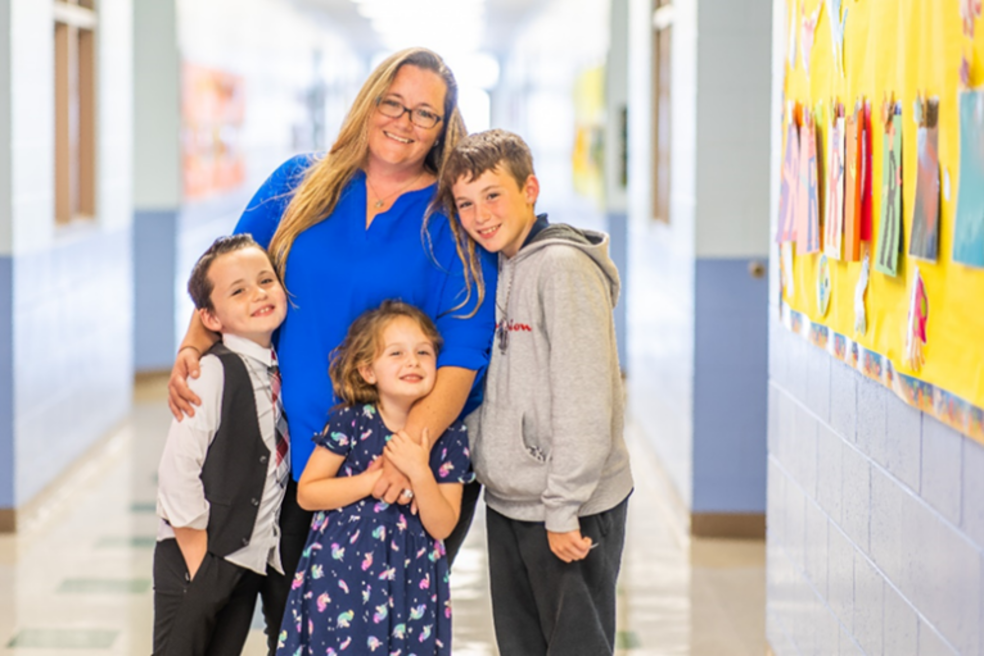 Sabrina Kincade has been the Behavior Coach of Central Avenue Elementary School Kissimmee, Florida, since 2018. Following high school, Sabrina attended the University of Florida and graduated with a Bachelor of Arts and a master’s degree in Elementary and Special Education. She also went on to earn her Specialist degree in Teacher Leadership for School Improvement in 2015 from the University of Florida. Sabrina is the proud mother of two sons and one daughter that attends Central Avenue Elementary. 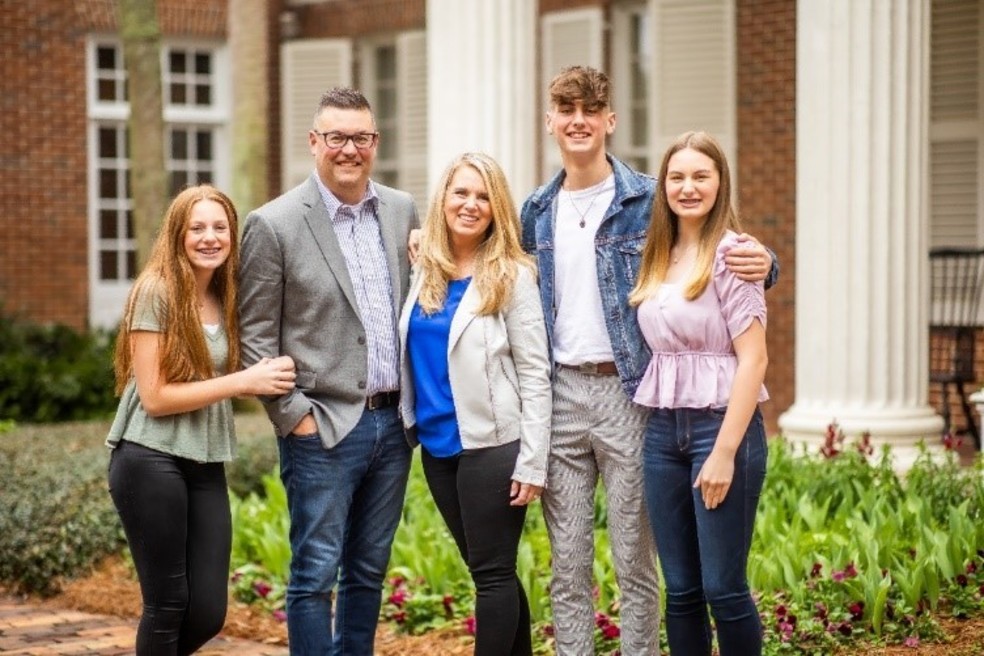 Ryan and Andrea Kramer recently moved to Florida in September 2020 from Washington state to become the lead pastors at Evangel Church in Tallahassee. They have greatly appreciated how under Governor DeSantis’ leadership churches are free to assemble and operate, trusting places of worship to make the best decisions for their congregations. Their three children, Jeremiah, Jordan and Journey are thankful for in-person instruction at Wakulla County Schools and are all active in sports. 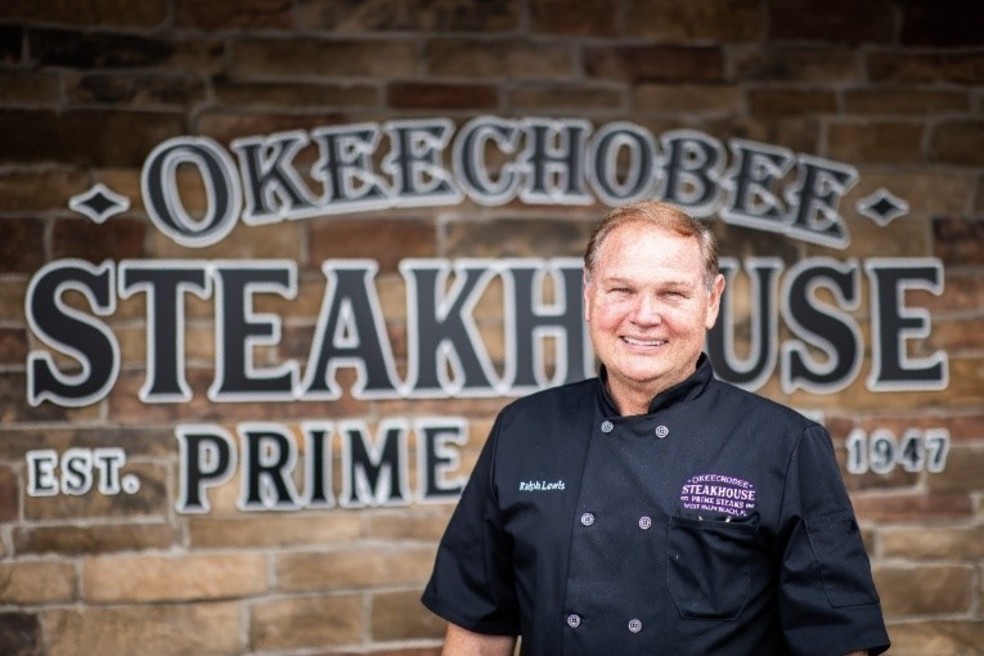 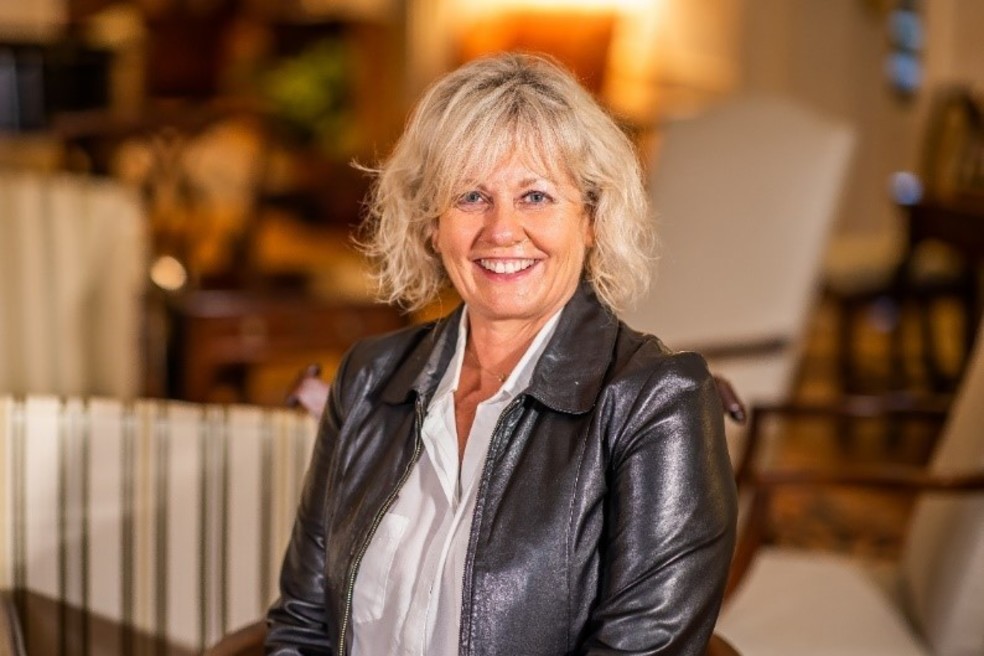 Self-employed for more than 35 years, Jennifer Macku opened the Place Hair Salon in 2001 after locating to Florida from Chicago, Illinois, in 1999. Jennifer and her husband, Mark, were high school sweethearts and have one son who works in law enforcement in Ft. Lauderdale. She is grateful to Governor DeSantis for quickly reopening Florida’s economy so small businesses could continue to operate. Jennifer enjoys spending time with her twin 7-year-old granddaughters. 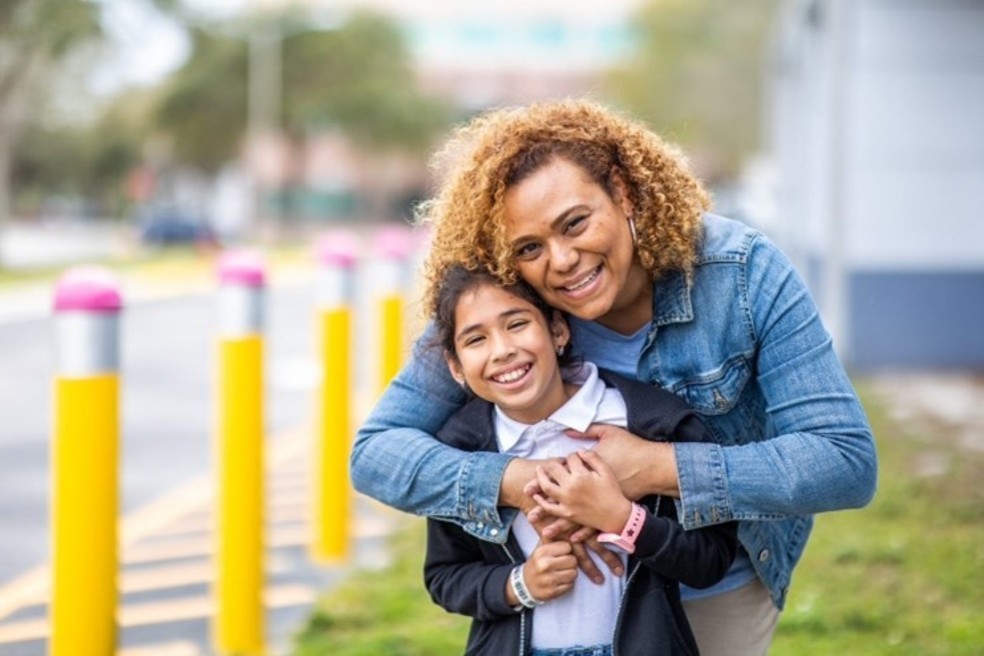 A Special Educator for grades K-12 for the last 17 years, Maritza Martinez has worked at Central Avenue Elementary School, in Kissimmee since 2019. Maritza graduated high school in Puerto Rico and attended Barry University in Miami where she graduated with a Bachelor of Arts. She also earned a master’s degree in Professional Studies from Nyack College. Maritza is a proud mother of one daughter who attends Central Avenue Elementary School. 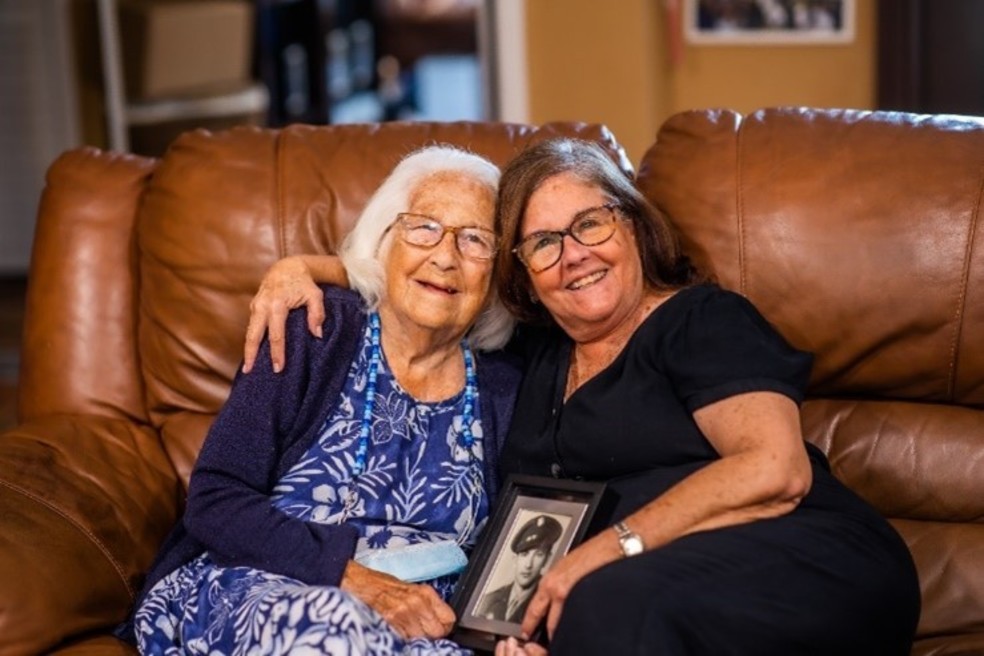 Norma Romero is 99 years young, living in a multi-generational home in Miami, Florida. She was born in Cuba but arrived in Cincinnati, Ohio, when she was three months old. Norma visited Cuba once during the Great Depression and in the middle of the deadliest Hurricane of 1931. She lived in Cincinnati until the age of 21 then moved to Miami where she has lived the last 78 years. Norma is a mother to two children, grandmother to five and great grandmother to 10. Norma’s daughter, Martha Bueso, lives next door, and both mother and daughter have received the vaccine. 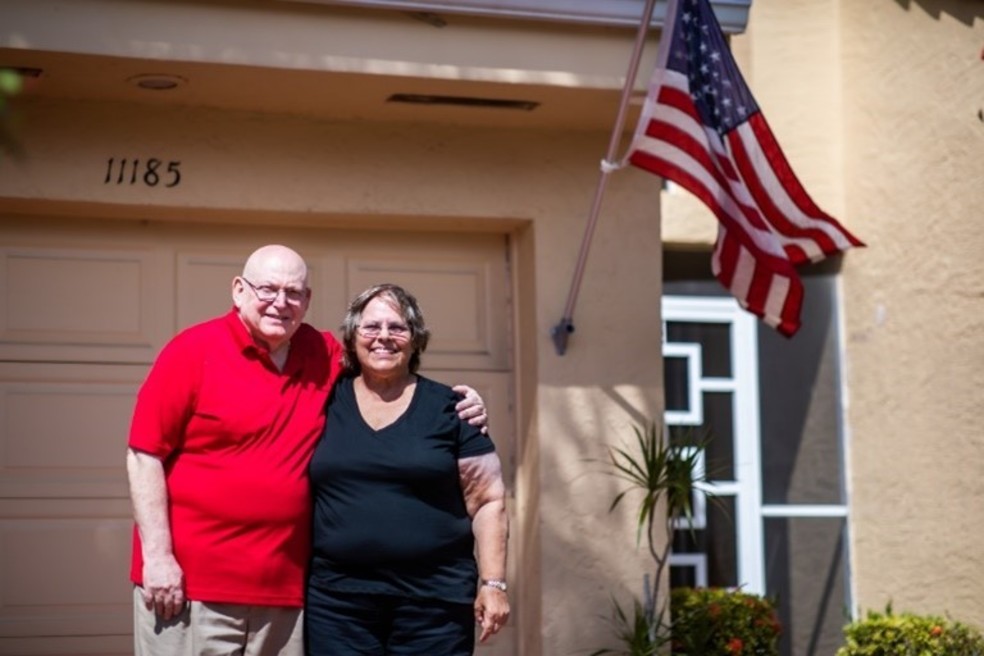 Married for nearly 50 years, Julie and Ira Sabin were both born and raised in New York before moving to Florida. Julie is a graduate of the University of Rhode Island and worked as a registered nurse for close to 20 years. Ira has worked in the finance industry for over 50 years starting out as an employee of the New York Stock exchange in 1966. Julie and Ira Sabin both recently received the vaccine and reside in Boca Raton with their daughter. 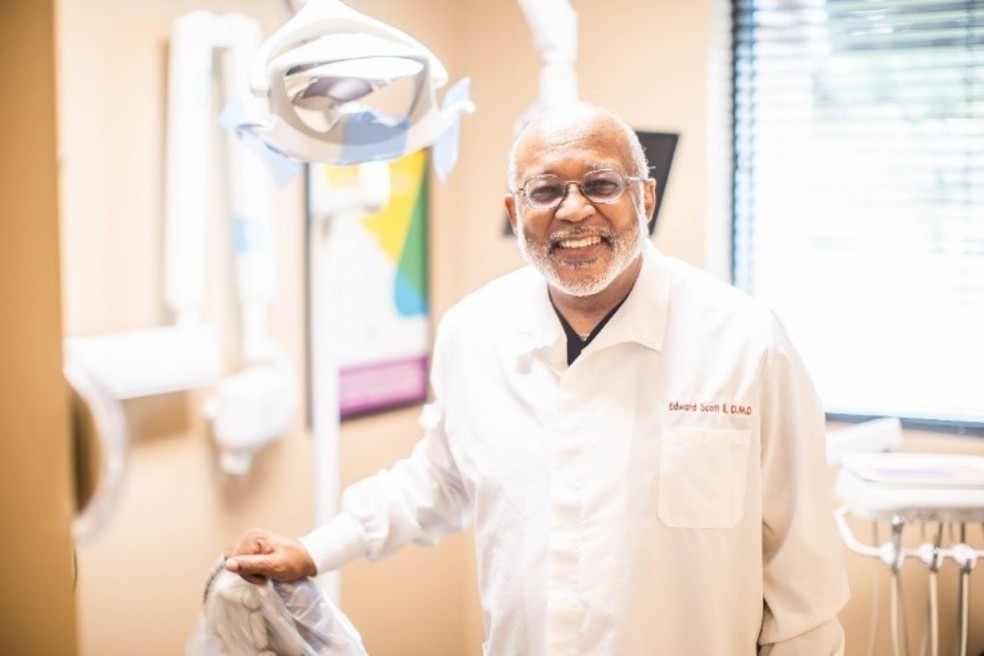 A native of Florida, Dr. Edward R. Scott II, DMD graduated from Florida A&M University and went on to receive his Doctor of Dental Medicine from Harvard University School of Dental Medicine. He owns and operates Mahan Village Dental Care in Tallahassee. Receiving the vaccine has allowed Dr. Scott to go about serving his community, practice and church and greatly decreased his fear of contracting COVID-19. Outside of dentistry, Dr. Scott enjoys pastoring his church and spending quality time with his family – wife Pamela, three children and two grandchildren. 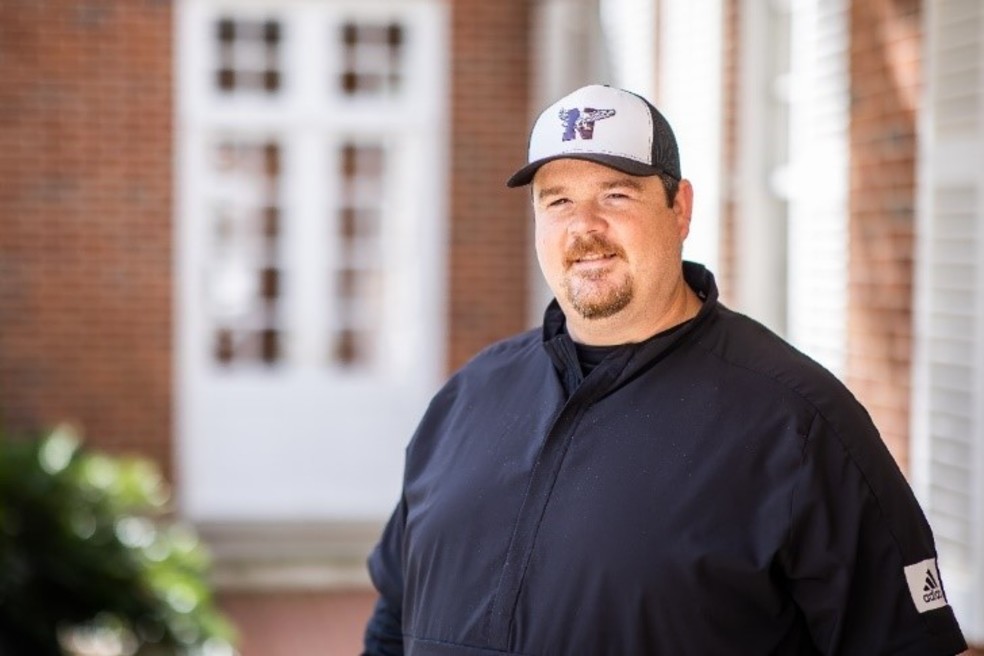 A 2001 graduate of Niceville High School, Grant Thompson now serves as the head football coach and athletic director at his alma mater. In 2020, the Niceville Eagles made it to the Final Four. During a six-year stretch from 2008 until 2014 as offensive coordinator at Niceville High School, Grant helped lead the team to five district championships, three final four appearances, and two state runner-up campaigns. As a coach and former athlete, he appreciates Governor DeSantis opening up athletics in the state of Florida. 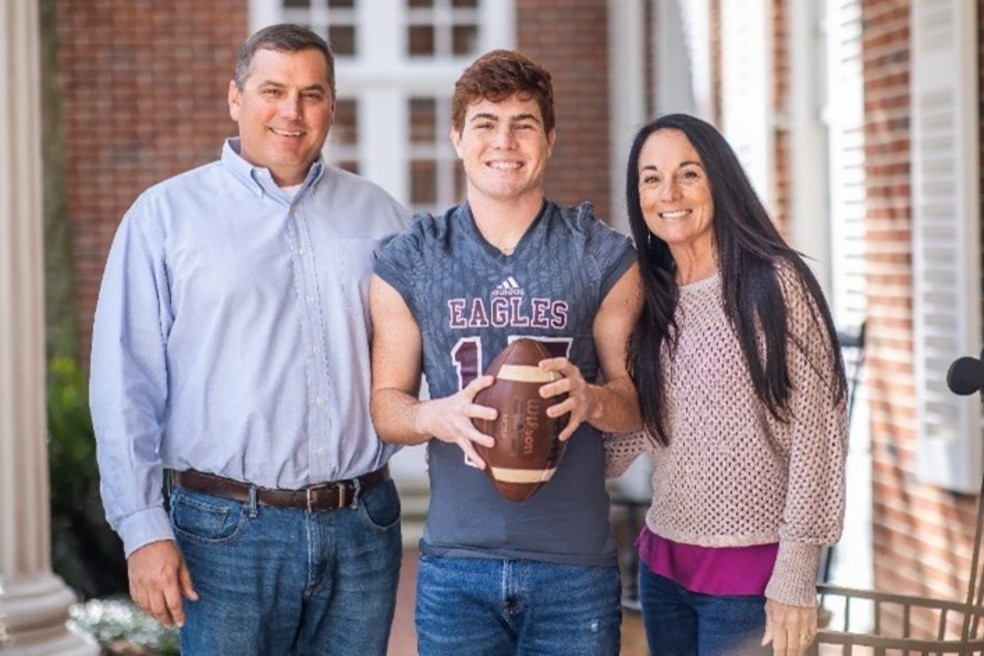 Niceville High School quarterback Trey Wainwright was named 2020 Florida Mr. Football. He was the first player from the Northwest Florida area to win the overall award. The Wainwrights – George, Christine, and Trey – are grateful for the Governor’s leadership in allowing high school athletics to resume in our state. Trey would not have the same opportunities available to him now without this past season on the field. 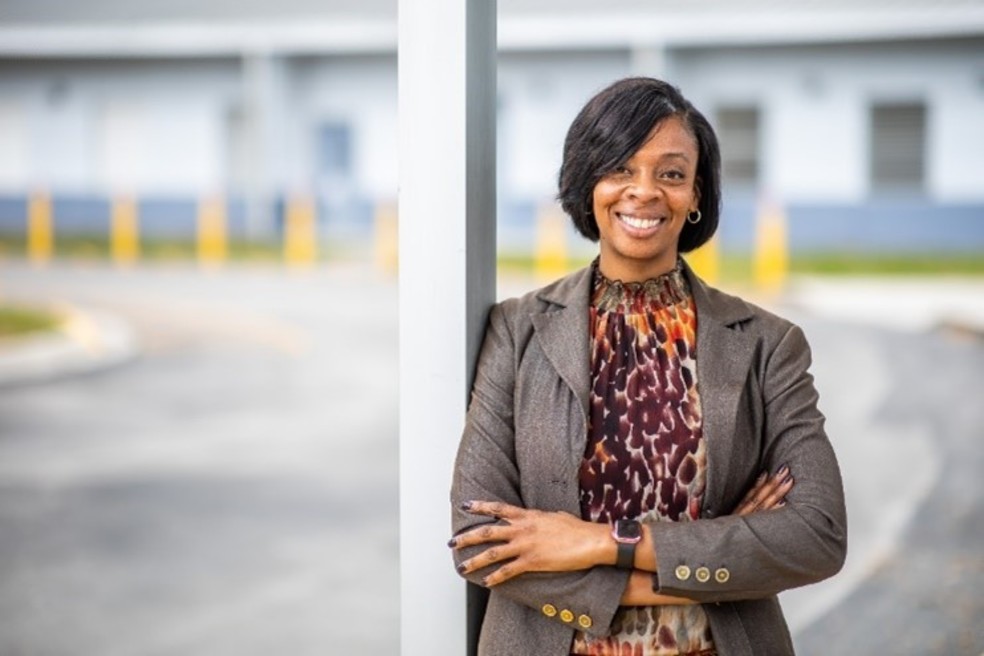 Nadia Winston has been the principal of Central Avenue Elementary School in Kissimmee, Florida, since 2018. Nadia’s father retired from the Air Force and relocated the family to Florida where she finished her high school career at Maynard Evans High School in Orlando. Following high school, Nadia attended the University of Florida and graduated with a Bachelor of Arts and a master’s degree in Education. She went on to Stetson University to earn her Specialist degree in Educational Leadership. She also is the proud mother of one daughter.