With innovative research in nanomedicine, energy systems, and rare earth element recovery, three Florida Polytechnic University professors have been listed among the top 2% scientists in the world. The prestigious list is compiled annually by Stanford University.

The list is based on the number of articles a person publishes and the citations those papers received. The findings were shared in Elsevier, a leading publisher of academic journals. Dr. Muhammad Rashid, professor of electrical and computer engineering, was named to last year’s list. 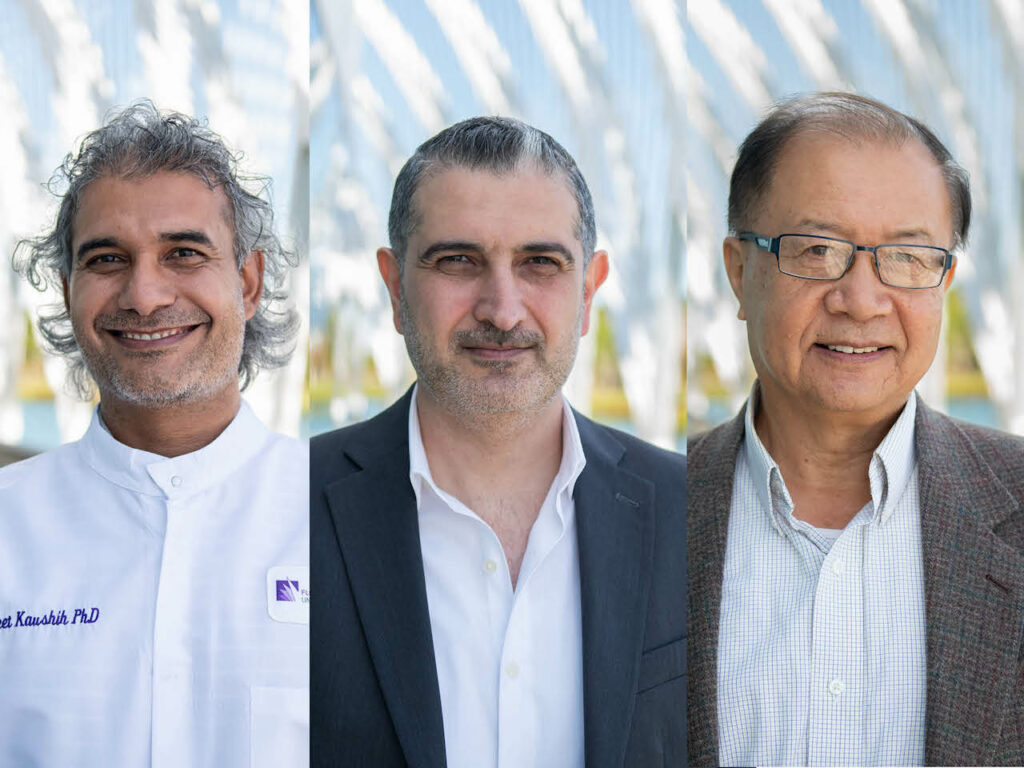 “We are proud of these faculty members’ outstanding achievements and are very pleased to see their inclusion among the world’s top scientists,” said Dr. Terry Parker, the University’s provost.

Kaushik’s research explores smart and intelligent nanomaterials for use in biosensing applications such as COVID-19 diagnostics. He is also working on using high-performance nanoparticles for developing medicine and targeted drug delivery for the treatment of Alzheimer’s and other diseases.

“If your research has an objective to solve an existing problem, you feel motivation automatically,” Kaushik said, who recently accepted editorial board positions with several academic journals.

“I consider it very important to communicate research results worldwide, and unless there’s confidential information, you should try to publish as much information as you can and play a leadership role in the community,” Zhang said.

About Florida Polytechnic University
Florida Polytechnic University is ranked the number one public college in the South, accredited by the Southern Association of Colleges and Schools Commission on Colleges, and a member of the State University System of Florida. Nationally ranked in engineering education, Florida Poly is the only state university dedicated exclusively to STEM and offers ABET-accredited degrees. Florida Poly is a powerful economic engine within the state of Florida, blending applied research with industry partnerships to give students an academically rigorous education with real-world relevance. Florida Poly’s iconic Innovation, Science, and Technology Building, designed by world-renowned architect Dr. Santiago Calatrava, has won more than 20 global awards and was named one of the 16 most breathtaking buildings in the world. Connect with Florida Poly.