Get out and VOTE BOLDLY! After voters cast their ballots this Election Day, they can grab a bold cup of coffee compliments of local law firm Farah & Farah. The law firm created the Vote Boldly campaign to increase and encourage voter turnout. Those who vote can bring in their “I Voted” sticker to receive a free coffee up to $5. The free coffee can only be redeemed on Election Day, November 8, however, anyone who participated in early voting or mail-in voting can get theirs by showing proof that they voted.

“As Americans, participating in voting is our fundamental right and duty,” said Eddie Farah, founding partner of Farah & Farah. “We’re a firm with a deep and long-standing commitment to civic engagement, and we hope by giving away free coffee through our Vote Boldly program, we’re able to boost voter turnout, which is historically low for mid-term elections. Whether you vote red or blue, we want everyone’s voice to be heard!”

Farah & Farah launched the Vote Boldly campaign in 2020, providing over 1,000 cups of coffee to help awaken Florida voters to act boldly by casting their votes. This year, the law firm has expanded the campaign to include Savannah, Ga., where it also has offices, and has quadrupled the number of participating coffee shops.

The law firm is partnering with local coffee shops in Jacksonville, Orlando, Tampa, Gainesville, and Savannah to give away free cups of coffee to voters while also helping boost sales at small businesses. Farah & Farah will provide thousands of cups of complimentary coffee to voters on Election Day. 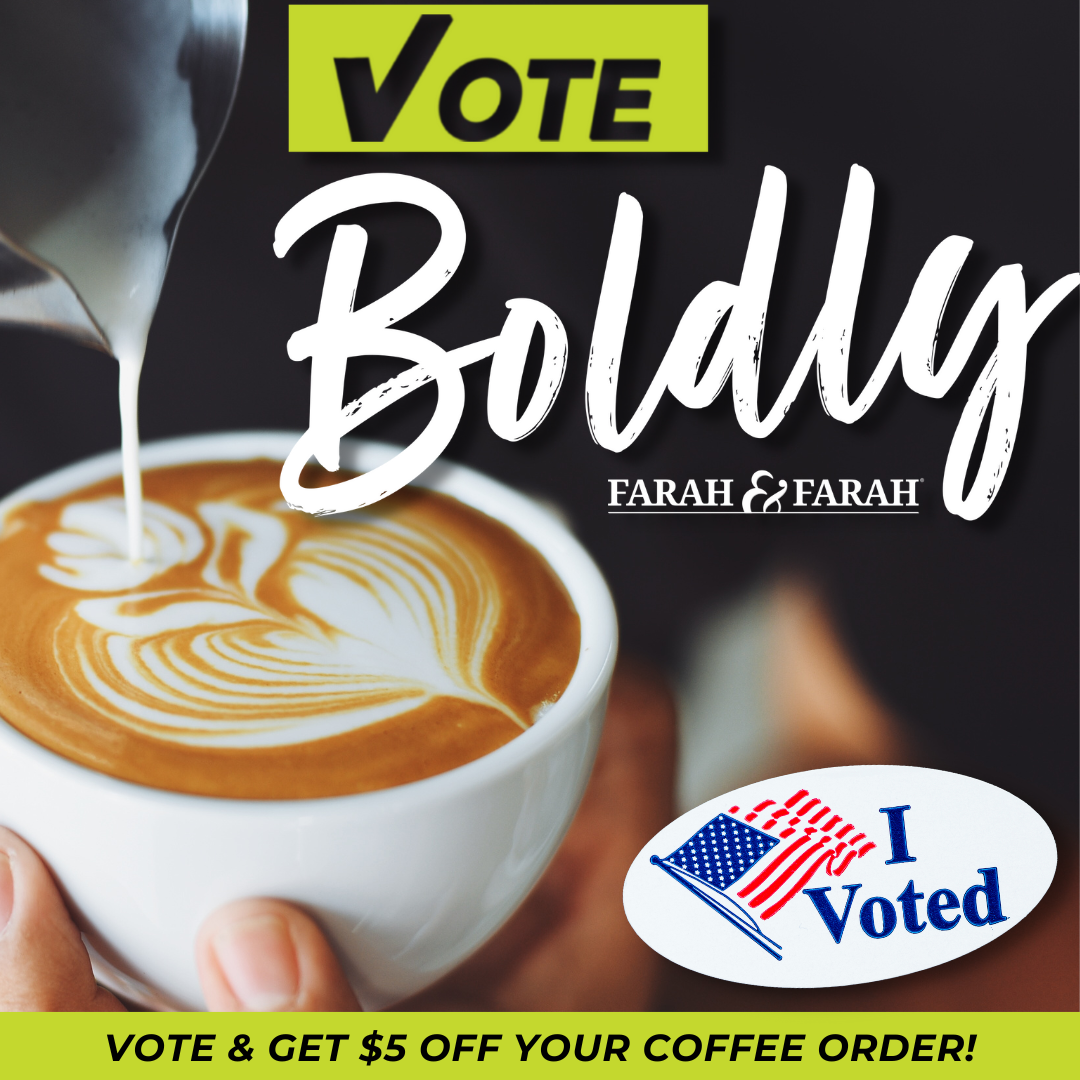 About Farah & Farah
For more than 40 years, Farah & Farah, a personal injury law firm, has fought insurance companies and corporations to protect the rights of injured people and their families. Farah & Farah has over 20 office locations throughout Florida and Georgia, and has made recoveries in excess of $1 billion. Under the leadership of managing partners, brothers Eddie and Chuck Farah, the dedicated team of attorneys and staff prioritize listening to the needs of clients and treating all clients with dignity and respect. Follow us @farahandfarah (Twitter), @farah_and_farah (Instagram), @FarahAndFarah (FB), Farah & Farah (YouTube), and farahandfarah.com.

Governor Ron DeSantis awarded $5.5 million to the City of Jacksonville through the Governor’s Florida Job … END_OF_DOCUMENT_TOKEN_TO_BE_REPLACED