Governor-elect Ron DeSantis and Lt. Governor Jeanette Nuñez today held an appreciation event honoring veterans, military members, first responders and Gold Star families at A Call to Action: Honoring Service, Sacrifice and Country. Attendees came together as they paid tribute to the heroes who selflessly protect our state and nation.

“As a veteran, my family and I understand the great sacrifice of those who serve our state and country both at home and abroad,” said Governor-elect DeSantis. “Today’s event was an opportunity to show our gratitude for the dedication of our military and Florida’s first responders.”

The event also featured patriotic performances to thank the families, veterans, military personnel and officers in attendance for their service to our state and nation. Performers included: 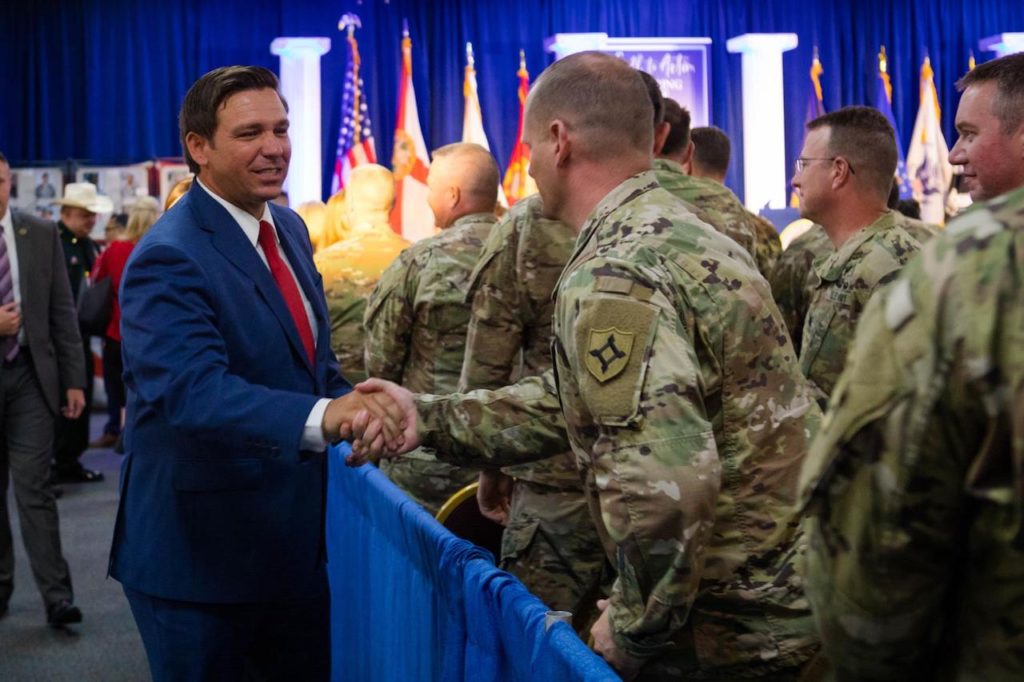 PAID FOR BY THE REPUBLICAN PARTY OF FLORIDA.
NOT AUTHORIZED BY ANY CANDIDATE OR CANDIDATE’S COMMITTEE.