You are here: Home / Archives for Pasco County 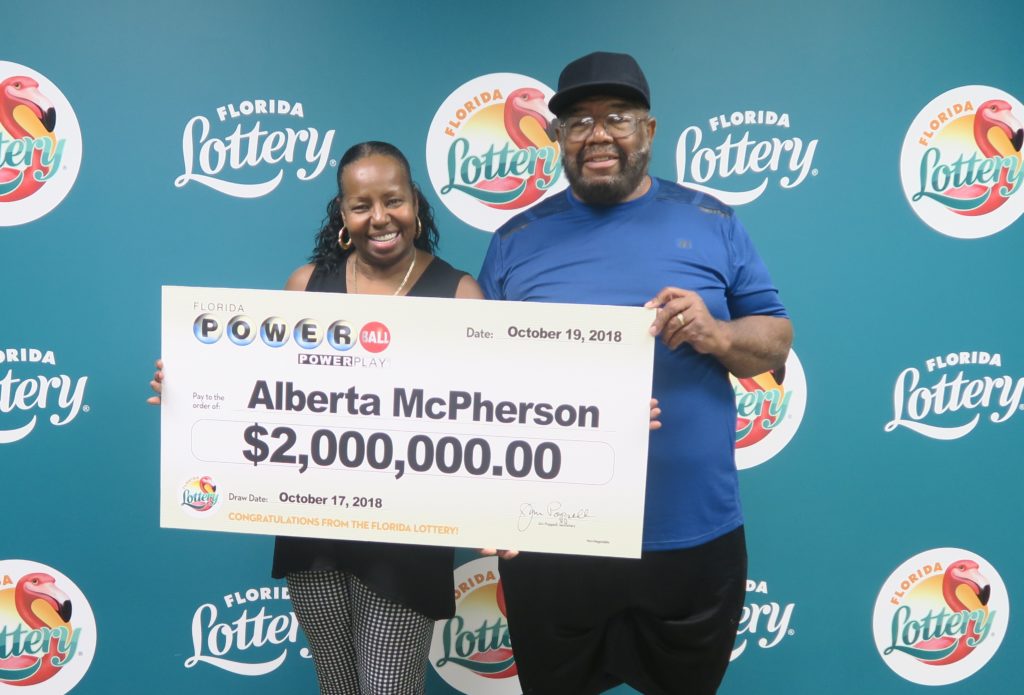 Alberta McPherson poses with her family and oversized check after claiming
a $2 million prize from the October 17, 2018 POWERBALL® drawing.

The Florida Lottery announces that Alberta McPherson, 70, of Hudson, claimed a $2 million prize from the POWERBALL® drawing held on October 17, 2018. The winning ticket matched all five of the white ball numbers but did not match the Powerball. END_OF_DOCUMENT_TOKEN_TO_BE_REPLACED

Agents with the Florida Department of Law Enforcement today arrested two Pasco County residents on racketeering charges related to theft of more than $480,000 from an elderly victim.

In April 2017, FDLE agents launched an investigation after a complaint was filed with the Office of Statewide Prosecution for grand theft. During the investigation, agents learned Ragsdale and DiCioccio worked for the victim. Both had access to the victim’s bank records and accounts. DiCioccio was entrusted with bookkeeping responsibilities.

The investigation revealed several checks made payable to the victim had been deposited into Ragsdale’s account and a joint account he had with DiCioccio. Agents determined DiCioccio would open the mail and give the checks to Ragsdale, who would ask the victim to endorse the checks. The victim believed the checks were being deposited in her bank account but they were not.

Ragsdale and DiCioccio used the money to purchase real estate. Other money was used to pay for credit cards and personal expenses.

Both were taken to the Pasco County Jail . Ragsdale has a bond of $2 million; Dicioccio’s bond is $1.1 million. The Office of Statewide Prosecution will prosecute.

Sachs Media, Florida’s top PR firm for high-stakes challenges, has been named one of the Best Companies to … END_OF_DOCUMENT_TOKEN_TO_BE_REPLACED

Starting Aug. 1, JEA will suspend customer disconnections of electric and water service due to delinquent … END_OF_DOCUMENT_TOKEN_TO_BE_REPLACED