You are here: Home / Archives for Super PACs 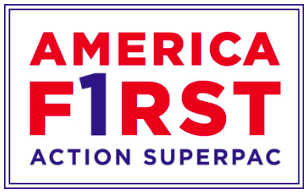 The City of St. Petersburg City Council made history today becoming the first municipality post-Citizens United to abolish Super PACs and limit foreign corporate spending in local elections by passing two campaign finance reform ordinances. The first ordinance abolishes Super PACs by limiting individual and/or corporate contributions to the pre-Citizens United limit of $5,000. The second ordinance limits foreign owned corporations from spending money in local elections. A third ordinance also passed that increases transparency and creates a disclosure reporting requirement for all contributions. The first two ordinances passed by a 6-2 vote and the transparency ordinance passed by a 7-1 vote.
The League of Women Voters of the St. Petersburg Area, American Promise and Free Speech for People teamed up with Ordinance Sponsor St. Petersburg City Council Chair Darden Rice, to introduce the Defend Our Democracy Ordinance in St. Petersburg in July of 2016. The Ordinance was later co-sponsored by City Council Member Karl Nurse.  Nearly 30 local, state and national organizations with St. Petersburg roots, representing thousands of local residents, later joined to form a coalition that worked to get the ordinances passed over the last 15 months.
Dr. Julie Kessel, President of the League of Women Voters of the St. Petersburg Area, explained the goal of the coalition formed more than two years ago. “The League believes in the beauty of our representative democracy and we are strongest when everyone participates and has a voice. She went on to say, “We believe that “big money” in politics is a root cause of a compromised democracy, every bit as corrosive as gerrymandering, governmental abuse of power and voter suppression. When money is as important to a candidate or an elected official as a citizen’s vote, the sovereign power of the people to elect officials to represent their interests has been corrupted.” Karen Lieberman, of American Promise, said “What we did in St. Pete is historic. It is a great first step in taking back our democracy for our city, our state and our country”.
“Today, St. Pete took a historic and critical step forward to challenge the scourge of Super PAC money in elections. The fight begins here for common sense campaign reform to take back our democracy”, said Darden Rice, Chair of St Petersburg City Council. City Council Member, Karl Nurse, said of the vote, “The citizens of St. Pete made it clear that defending our democracy is a value that we are prepared to defend”.
According to Free Speech for People, Super PACs were the progeny of the 2010 DC Circuit U.S. Court of Appeals SpeechNow.org v. FEC holding the federal law limiting contributions to political committees to $5,000 per person each year and did not apply to a political committee that promised to make only “independent expenditures.”  Free Speech for People indicated that while some appellate courts have applied the ruling to cases within their jurisdiction, the 11th Circuit Court of Appeals, which has jurisdiction for the state of Florida, has not ruled to date on the merits of this type of case. The Florida Supreme Court and the US Supreme Court have not yet ruled on the issue.
John Bonafiz, Esquire, Co-Founder and President of Free Speech for People said today, after the historic St. Petersburg City Council vote, “The City of St. Petersburg is leading the way in the fight to reclaim our democracy. Today’s vote by the St. Petersburg City Council marks a huge victory for the people all across the city who have stood up to demand an end to super PACs and foreign-influenced corporations threatening the integrity of their local elections. This ordinance will be a model for communities throughout the nation on how to fight big money in politics and defend the promise of American self-government. Free Speech for People congratulates the St. Petersburg City Council on this historic vote, and we thank the many grassroots activists and citizens of St. Petersburg who have worked tirelessly to achieve this victory.”

Governor Ron DeSantis today announced that during the upcoming legislative session, he is proposing more than … END_OF_DOCUMENT_TOKEN_TO_BE_REPLACED