You are here: Home / Archives for Florida International University 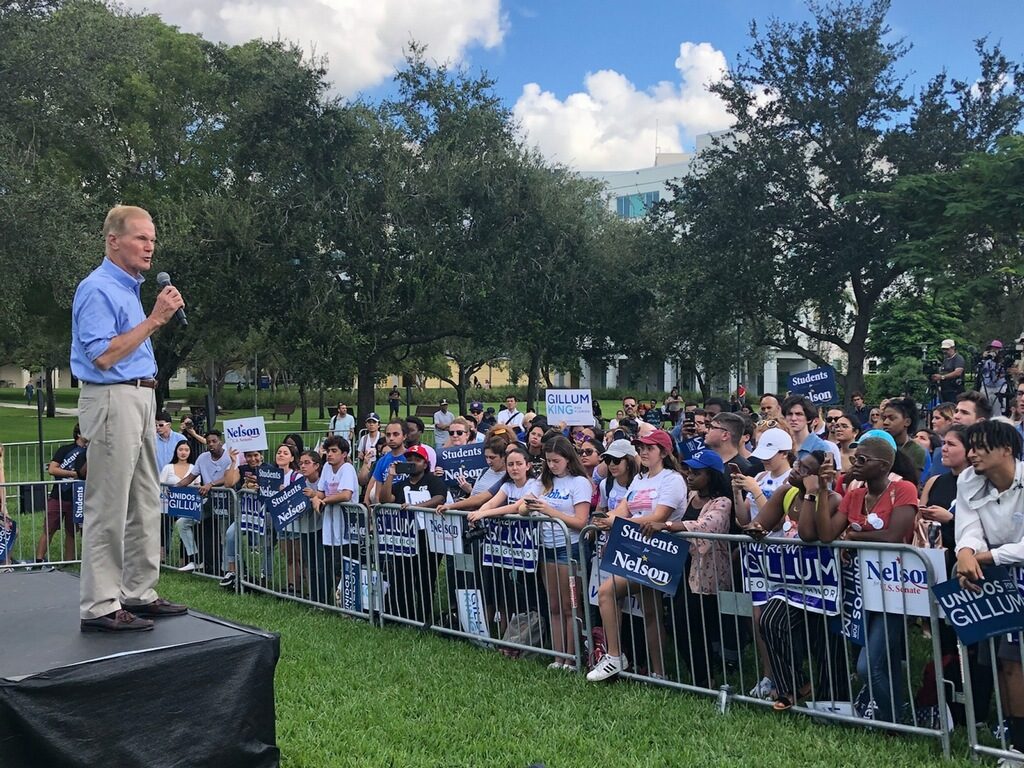 U.S. Sen. Bill Nelson came to Florida International University today and gave an impassioned speech to get Democrats and Independents out to cast their ballots during Florida’s early voting period that began Oct. 22. END_OF_DOCUMENT_TOKEN_TO_BE_REPLACED

Five State University System institutions are ranked among the Top 35 public universities granted U.S. utility patents in 2017, according to a new report by the National Academy of Inventors and the Intellectual Property Owners Association.

“Florida’s public universities continue to exemplify the incredible impact that research and innovation have on the state of Florida,” said Alan Levine, chair of the Board of Governors’ Academic and Research Excellence Committee. “I’m pleased to congratulate the universities on this prestigious list and to thank them for advancing so many important discoveries and inventions that benefit humankind and fuel our economy.”

The report utilizes data acquired from the U.S. Patent and Trademark Office to highlight the important role patents play in university research and innovation.

“The institutions on this list are doing incredible work promoting academic innovation and incubating groundbreaking technologies which exemplify the importance of technology transfer to institutional success,” said Paul R. Sanberg, president of the National Academy of Inventors. “We are proud to collaborate with the Intellectual Property Owners for the sixth consecutive year, and it is a privilege to showcase the vital contributions to society made by universities.”

The five universities are Member Institutions of the National Academy of Inventors, as are all 12 universities in the State University System of Florida.

The National Academy of Inventors is a member organization comprising U.S. and international universities, and governmental and non-profit research institutes, with over 4,000 individual inventor members and Fellows spanning more than 250 institutions. The headquarters are located in the University of South Florida Research Park in Tampa. The Intellectual Property Owners Association, established in 1972, is a trade association for owners of patents, trademarks, copyrights and trade secrets.

The National Academy of Inventors and Intellectual Property Owners have published the report annually since 2013. The rankings are compiled by calculating the number of utility patents granted by the U.S. Patent and Trademark Office that lists a university as the first assignee on the issued patent. For the purposes of the report, a university is defined as an institution that grants undergraduate-level degrees.

The full report of the Top 100 Worldwide Universities Granted Patents in 2017 can be found here.

TALLAHASSEE, Fla. – Today, Governor Rick Scott announced the reappointment of Cesar Alvarez to the Florida International University Board of Trustees.

Alvarez, 70, of Miami, is the senior chairman of Greenberg Traurig Law Firm. He received his bachelor’s degree, master’s degree, and juris doctor from the University of Florida. Alvarez is reappointed for a term beginning December 21, 2017, and ending January 6, 2023.

The appointment is subject to confirmation by the Florida Senate.

Facts about the State University System of Florida and the Board of Governors
The State University System of Florida is a constitutional body led by the 17-member Board of Governors. The system has 12 universities and more than 341,000 students, making it the second-largest public university system in the nation. Responsibilities include defining the distinctive mission of each institution and managing the system’s coordination and operation. The Board appoints a chancellor who serves as the system’s chief executive. For more, visit www.flbog.edu, visit Think-Florida.org or follow us on Facebook and Twitter.