You are here: Home / Archives for President Donald Trump 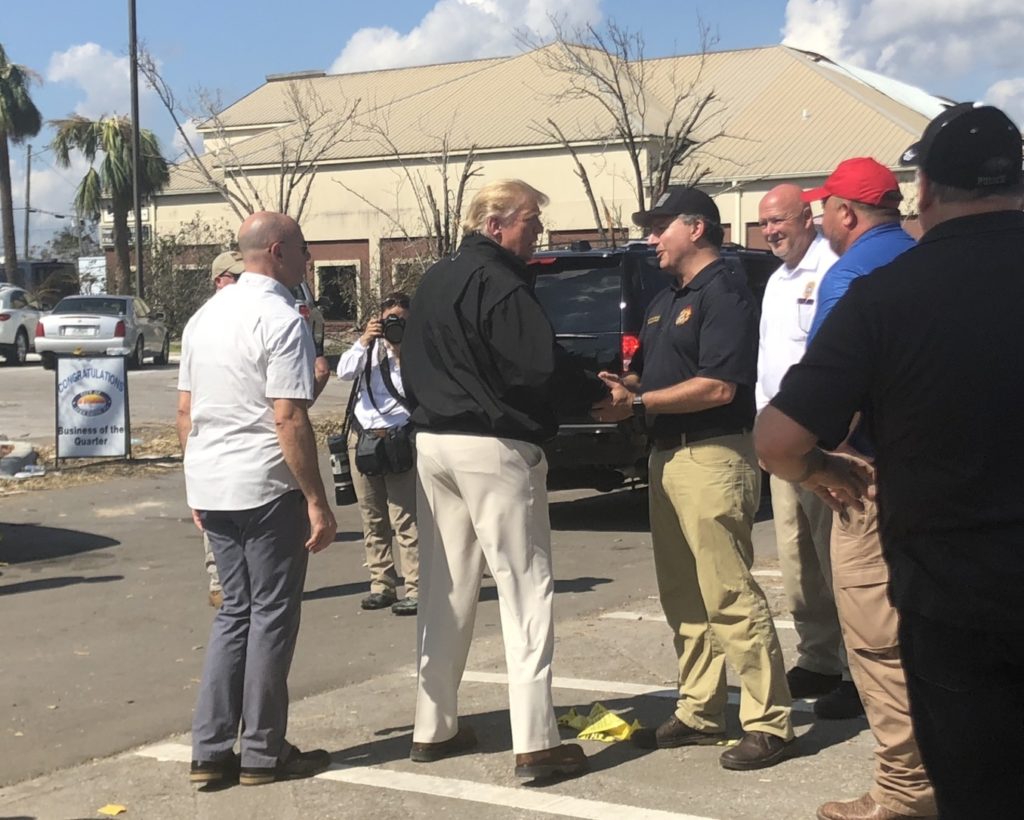 Governor Rick Scott today sent a letter to President Donald Trump expressing his support for the U.S. to withdraw from the Iran nuclear deal. The Governor has been extremely supportive of standing with the United States’ ally, Israel. Later this month, the Governor will attend the opening of the new U.S. Embassy in Jerusalem. See Governor Scott’s letter to President Trump below, or click HERE.

Florida is home to a vibrant Jewish community and has the third largest Jewish population in the nation. I have had the opportunity to visit Israel twice as Governor to lead economic development missions with Florida business and education leaders, and later this month, I will travel to Israel as the United States officially opens its embassy in Jerusalem. Moving the embassy was very important to me and I appreciate the action you took to make it happen.

As Governor, I have worked aggressively to demonstrate Florida’s unwavering commitment and support for Israel. In Florida, we have continued to take action to stand firmly with Israel and our Jewish community by signing sweeping legislation to prohibit the state from investing in and contracting with companies that boycott Israel, and investing funds to secure our Jewish Day Schools after they faced continuous bomb threats.

However, the greatest issue that I believe impacts Israel at this moment is the reckless Iran deal spearheaded by President Obama. I have continued to be very vocal about the dangers of the Iran deal, and I believe we must withdraw and scrap it entirely. I do not believe this agreement can be fixed – we need a complete reset. The information presented by Israeli Prime Minister Benjamin Netanyahu earlier this week further confirms the urgent need to withdraw.

As you continue to review this topic, I urge you to withdraw immediately to ensure the safety of the United States, Israel and all of our allies. Thank you for your leadership on this important issue.

Just hours after Governor Rick Scott’s request, President Donald Trump today approved a major disaster declaration. This declaration authorizes federal funding to flow directly to Floridians impacted by Hurricane Irma and reimburses local communities and the state government to aid in response and recovery from Hurricane Irma. This morning, Hurricane Irma made landfall at Cudjoe Key in the Lower Florida Keys.
Governor Rick Scott said, “It’s clear that the entire country is standing with Florida as Hurricane Irma batters our state right now. I have heard from people all across the world that want to help and support Florida. It’s encouraging, and on behalf of all Floridians – we appreciate the support and constant collaboration.
“I am thankful that President Trump, who I’ve spoken with multiple times this week, has been 100 percent supportive of our efforts and offered every resource of the federal government. Working with local emergency management professionals and FEMA, we will make sure that no expense is spared to help families respond and recover.”
The Major Disaster Declaration approved by President Trump authorizes the following:

**NOTE: As Hurricane Irma moves through Florida, Governor Scott will work with President Trump and FEMA to approve more funding to additional communities affected by the storm. Also, the approval indicated that the federal reimbursement percentage may increase as damage assessments are reported.
To view the declaration, click HERE.

Shortly after Hurricane Irma made landfall at Cudjoe Key in the Lower Florida Keys, Governor Rick Scott today requested a Major Disaster Declaration for every county in Florida from President Donald Trump. Earlier today, Governor Rick Scott spoke with President Donald Trump who reaffirmed his support to provide Florida with every federal resource to aid in response and recovery. To view the request, click HERE.
Governor Rick Scott said, “As Hurricane Irma makes landfall in Florida, we are fully committed to providing every resource to Floridians for response and recovery. We will spare no expense to save lives and help Floridians. We’ve worked aggressively all week to prepare for this powerful storm and keep people safe, but we have a long road ahead.”

Amid a growing concern for the health and safety of children in public schools across the country, State … END_OF_DOCUMENT_TOKEN_TO_BE_REPLACED