You are here: Home / Archives for campaign

Maria Elvira Salazar, Republican candidate for Florida’s 27th Congressional District, will cast her vote today at 11:00 AM in Coral Gables Senior High School located at 450 Bird Road, Coral Gables, Florida. Afterward, she will reunite with the local press and talk with her voters about the issues that matter most to them –healthcare, immigration, mass transit, education and job creation. END_OF_DOCUMENT_TOKEN_TO_BE_REPLACED 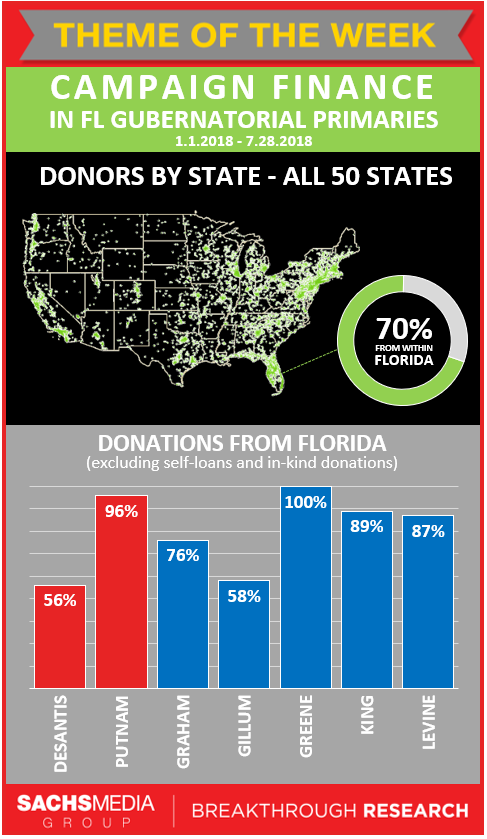 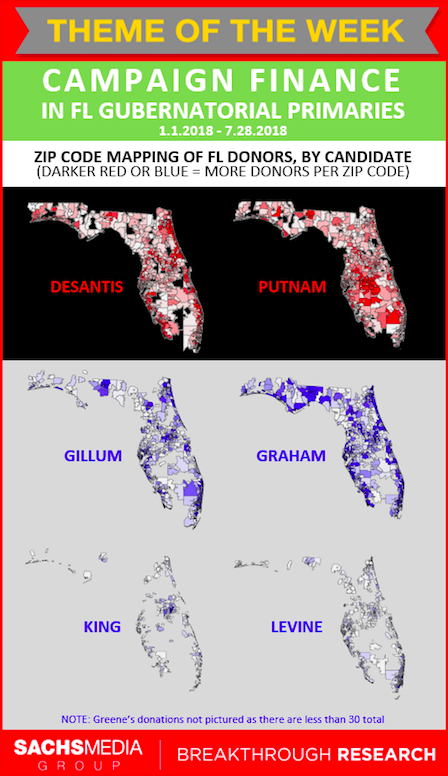 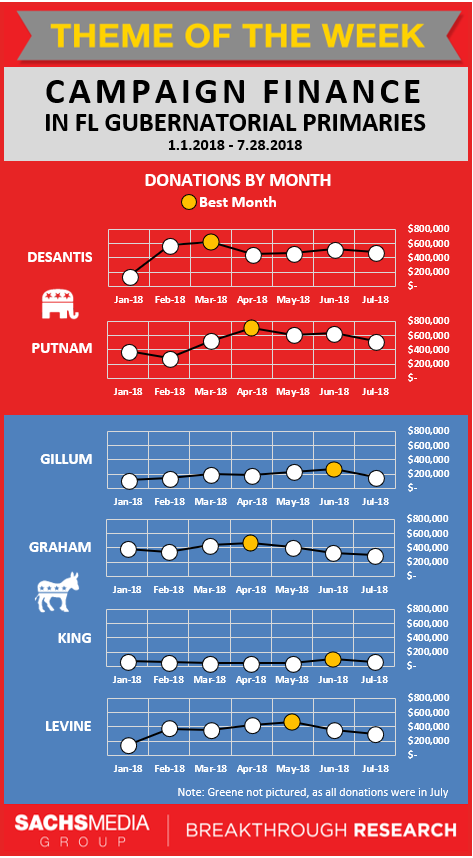 Research infographic describing the number of monthly donations for the Florida gubernatorial primaries categorized by political affiliation. Each line graph depicts the month with the highest number of donations for each candidate. 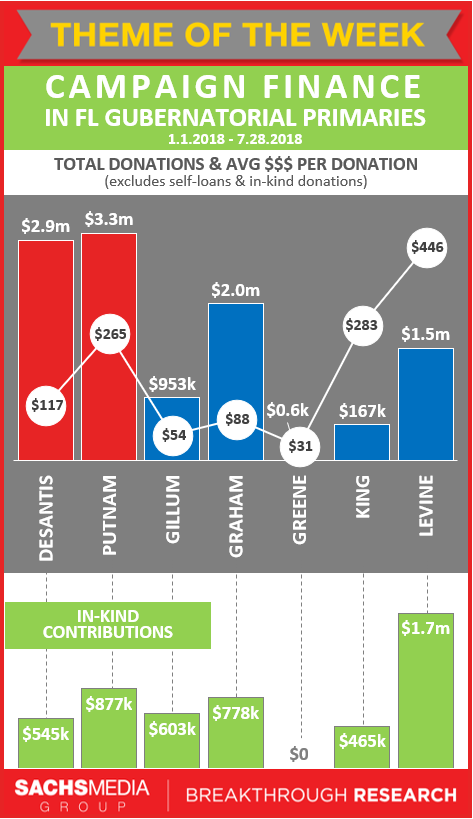 Research infographic depicting total donations and average amount per donation for the Florida gubernatorial primaries. The second bar graph demonstrates the number of in-kind contributions, which is a kind of charitable giving where the goods and services themselves are given to the candidate rather than money. 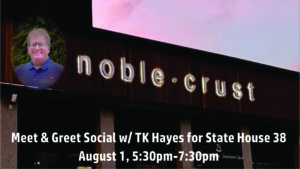 David TK Hayes, local Zephyrhills resident and businessman is running for Florida State Representative in District 38 in the general election, on November 6th, 2018.

END_OF_DOCUMENT_TOKEN_TO_BE_REPLACED

Representative Matt Caldwell continues to outraise the field and build momentum in his bid for Commissioner of Agriculture. In January, Caldwell’s campaign and Political Committee raised a combined $106,100. After tallying another strong month of fundraising, the campaign and Political Committee has raised more than $1.71 million in his bid for Florida Commissioner of Agriculture and has over $1.11 million cash-on-hand.

Brian Swensen, spokesperson for Caldwell’s campaign said, “Matt continues to demonstrate he is the hardest working candidate in the race for Commissioner of Agriculture. As he continues to build momentum, he has outraised his opponents month-to-month, has traveled more than 46,000 miles across the State since May, and has continued to prove he is the principled conservative in the race.”

The Commissioner of Agriculture serves as a member of the Florida Cabinet and is critical to the foundation of Florida’s economy. The Florida Department of Agriculture and Consumer Services helps the agricultural industry with its daily challenges, promotes Florida’s agricultural commodities, manages state forests, safeguards consumers, implements the school lunch program, and oversees the concealed-weapon license system.

The campaign has announced the endorsements of: Republican House members from the Panhandle, Northeast Florida, Tampa Bay Region, Central Florida, Southwest Florida, and South Florida delegations. This is in addition to endorsements from the Associated Builders and Contractors of Florida, U.S. Rep. Matt Gaetz, former candidate for Commissioner of Agriculture Paul Paulson, and numerous county constitutional officers; including the statewide association Presidents of the Sheriff, Tax Collector, Property Appraiser, and Clerks for all 67 counties.

Paid by Matt Caldwell, Republican, for Commissioner of Agriculture

Transcript:
When I became your Congressman, my promises became my mission.
To protect seniors, I passed legislation to crack down on crimes which target seniors and strengthen Medicare.
For our veterans, my bill averted crisis by protecting veterans healthcare programs.
And for our environment, I secured more than $20 million to combat harmful algal blooms in our waterways.
I know my mission is not over.  That’s why I’m asking for your support to stay in the fight.
I’m Brian Mast and I approve this message.
Background:
The ad references several pieces of legislation that fulfill campaign promises made by Congressman Mast:
FOR SENIORS

Florida Realtors, the state’s largest professional trade association, officially kicked off its campaign to pass Amendment 2, which gives voters the chance to make a 10 percent cap on annual non-homestead property tax increases permanent. It will appear on the 2018 general election ballot.
Prior to the 10 percent cap, if the value of a business owner’s property increased significantly compared to the previous year, they could see their property tax bill skyrocket. Owners of investment homes also faced steep property tax hikes, which could be passed along to tenants in the form of higher rents.
“Amendment 2 really is good for everybody because if the non-homestead tax cap expires in 2019, every Floridian will be negatively impacted in some way,” says Florida Realtors President Maria Wells. “Whether it’s a business having to increase the cost of their goods and services or tenants having their rent go up a significant amount, communities across the state will suffer.”
Florida Realtors, along with its coalition partners, is planning a comprehensive, direct-to-voter campaign over the next 14 months. The campaign theme, “Everybody is for Amendment 2, because Amendment 2 is for Everybody” signifies the importance the measure holds for every citizen of the state.
“In the current age of partisanship, it’s often difficult to find an issue that people with different viewpoints can agree on, but with Amendment 2 we did just that,” says Carrie O’Rourke, vice president of public policy for Florida Realtors. “The Florida Senate passed it unanimously, and the House was right behind them with 97 percent voting in favor of the referendum. That level of bipartisanship speaks volumes for the widespread benefits Amendment 2 offers.”
The 10 percent cap on non-homestead properties was part of the Save Our Homes portability constitutional amendment voters approved in 2008. The 10 percent cap portion of the amendment sunsets on Jan. 1, 2019.
The kick-off includes the launch of the campaign’s website, www.EverybodyIsFor2.com which features a video outlining the benefits of the amendment.