You are here: Home / Archives for Ocala

The Florida Department of Transportation (FDOT) is hosting a pre-construction open house on Thursday, Aug. 22, regarding the NE 36th Avenue widening project between NE 20th Place and north of NE 25th Street in Ocala. END_OF_DOCUMENT_TOKEN_TO_BE_REPLACED

The Florida Department of Transportation (FDOT) is holding a public meeting on a proposed new Interstate 75 (I-75) interchange at NW 49th Street as the result of an I-75 Interchange project development and environment study that identified a need to provide relief from the congestion existing at nearby interchanges. END_OF_DOCUMENT_TOKEN_TO_BE_REPLACED

Motorists traveling westbound on State Road (S.R.) 200 (Southwest College Road) heading to northbound Interstate 75 (I-75) should be aware that the on ramp will be closed nightly beginning Sunday, Jan. 13 through Friday, Jan. 18 from 7:30 p.m. to 7:30 a.m.; weather permitting.

END_OF_DOCUMENT_TOKEN_TO_BE_REPLACED

Ralph Tulli of Ocala will turn 100 in December and his voice is barely a whisper, but he still chatted cheerfully, as best he can, about the rich life he has experienced. END_OF_DOCUMENT_TOKEN_TO_BE_REPLACED

Drivers traveling along State Road (S.R.) 35/Baseline Road will encounter a new traffic pattern from Southeast 96th Place Road to south of S.R. 464/Southeast Maricamp Road. The new pattern is anticipated to take effect late this week, but could occur during the following week due to weather or other unexpected conditions. END_OF_DOCUMENT_TOKEN_TO_BE_REPLACED 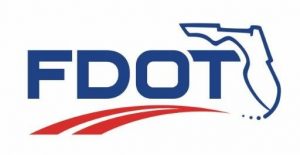 The Florida Lottery announces that Jem Chapman, of Ocala, claimed a $2 million prize from the POWERBALL® drawing held on February 21, 2018. The winning ticket matched all five of the white ball numbers, but did not match the Powerball.

Chapman purchased the winning ticket from Publix, located at 2765 Northwest 49th Avenue in Ocala. Theretailer will receive a $5,000 bonus commission for selling the winning POWERBALL ticket.

On Friday, October 13, Chief Financial Officer and State Fire Marshal Jimmy Patronis will join firefighters from across Florida to honor members of the fire service community who have lost their lives in the line of duty during the annual Florida Fallen Firefighter Memorial Service at the Florida State Fire College in Ocala.
Joseph T. DeMarinis of the Clermont Fire Department and James F. Dorminy of the Reedy Creek Fire Department will be memorialized during this year’s ceremony. Seven additional historical names will also be added to Florida’s Fallen Firefighter Memorial.
WHAT: Fallen Firefighter Memorial Ceremony
WHEN: Friday, October 13
9:30 a.m. EST
WHERE: Florida State Fire College
11655 NW Gainesville Road
Ocala, Fla. 34482
Media are asked to confirm their attendance by calling the CFO’s Press Office at (850) 413-2842 or emailing [email protected].